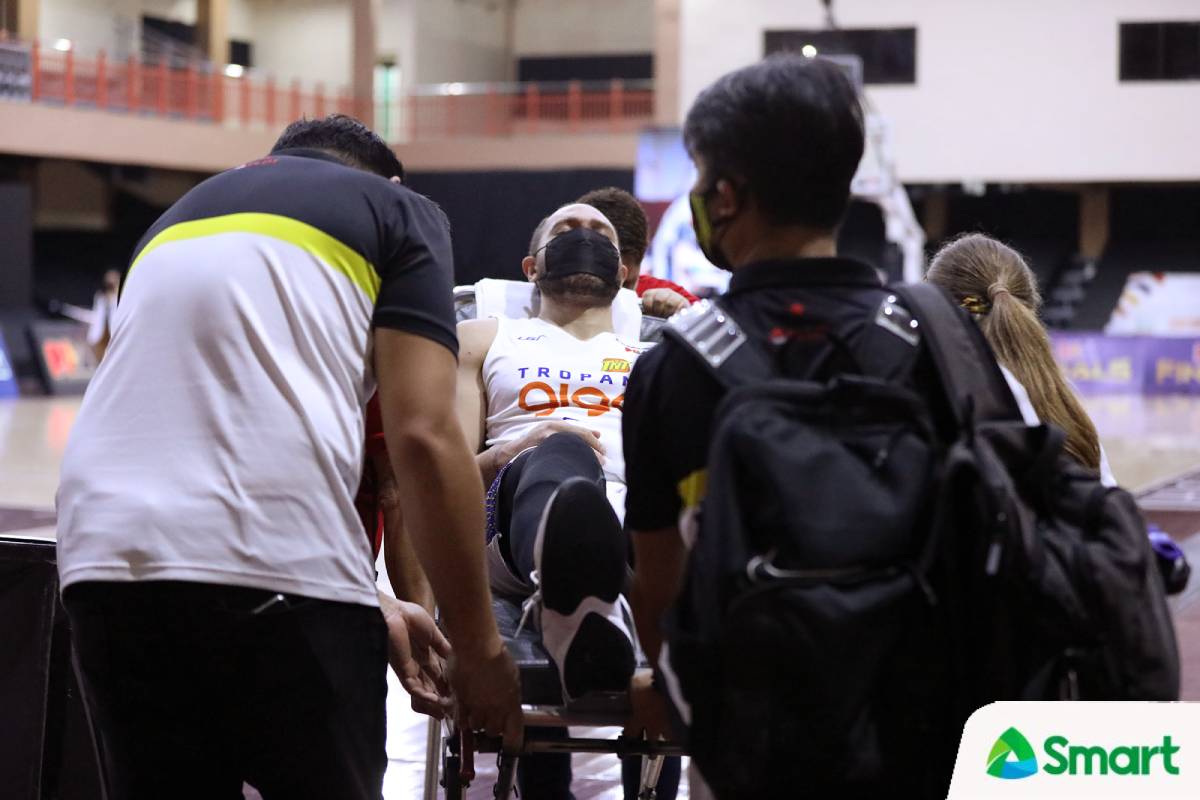 TNT sent out a strong statement in Game One of the 2021 PBA Philippine Cup Finals Wednesday evening, but it came at a price.

Head coach Chot Reyes revealed that center Kelly Williams may have suffered a back injury after his botched dunk attempt during the third quarter of their wire-to-wire 88-70 victory at the DHVSU Gym in Bacolor.

“He might have strained his back in that play when he tried to go up for the dunk. And he can hardly walk. I hope it gets better but it doesn’t look too good now,” said the veteran mentor.

It happened past the midway mark of the aforementioned period. The 39-year-old stole the ball and tried to finish with a two-handed jam, but suddenly switched mid-air for a lay-up. He missed, but was able to get the rebound.

He then dished it to Kib Montalbo for the bucket. But Williams was limping, and eventually subbed out as Dave Marcelo checked in for him.

The 15-year pro never returned to the game. He left with 10 points, six rebounds, three assists, and a steal in over 17 minutes of play.

It was just his fourth game back since spending weeks clearing health and safety protocols.

A photo released by the league through its official Twitter account saw Williams on a stretcher due to the injury.

Reyes and Co. now have their fingers crossed that the former league MVP will be fine as they would need him for the best-of-seven series.

“Very concerned. We don’t even have to belabor how important Kelly is in this team, right? We already know his value,” admitted Reyes.

“That’s our main concern moving forward in this series. We hope Kelly is healthy enough to play.”