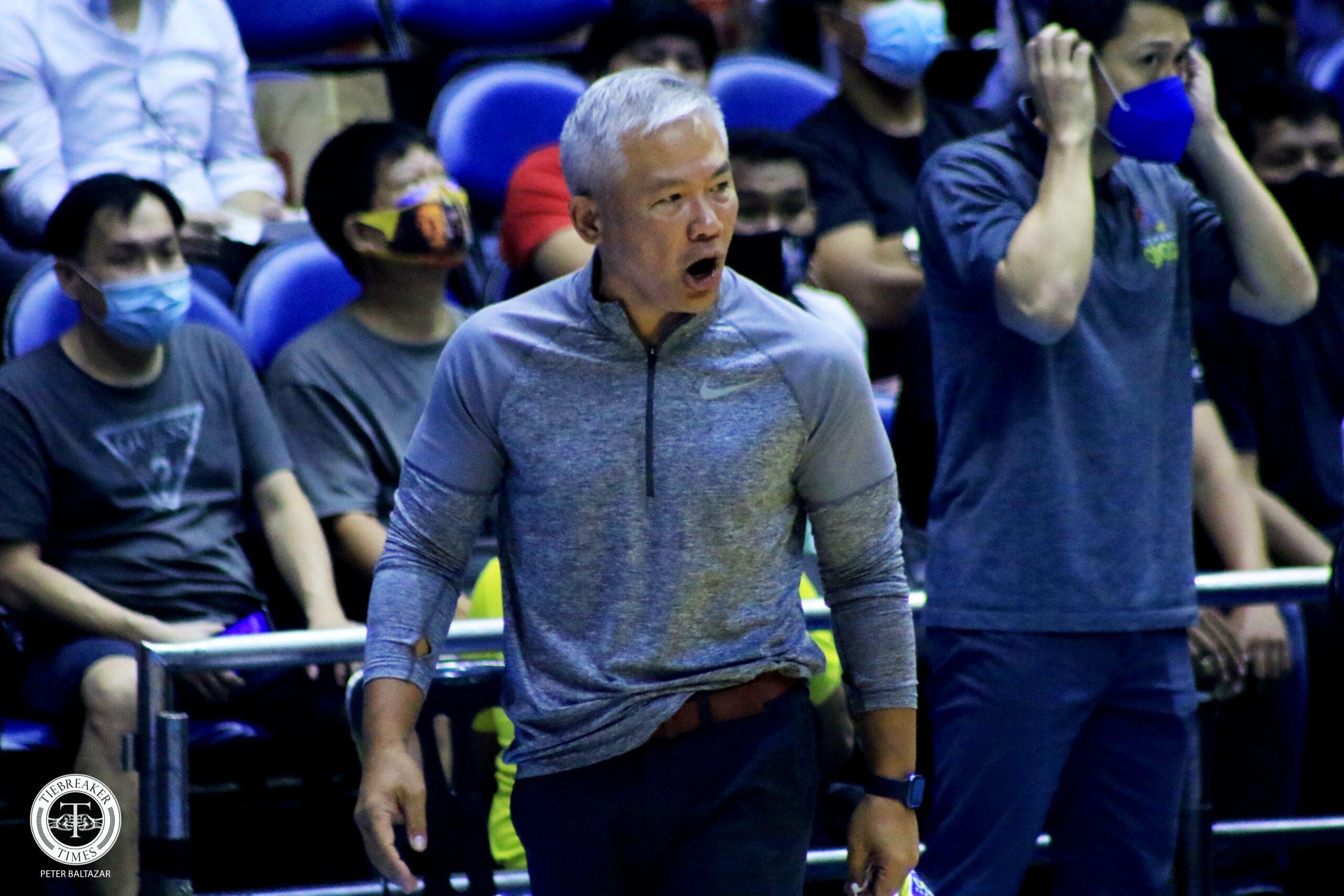 Chot Reyes didn’t hide his dismay with what transpired in the final moments of TNT’s PBA Commissioner’s Cup debut against Magnolia, Wednesday night.

The Tropang Giga head coach charged towards the officials’ table shortly after the customary postgame handshake of the match they lost narrowly, 94-92, and had to be restrained by no less than deputy commissioner Eric Castro.

Reyes did not stay any longer in the team’s dugout, immediately leaving the SMART Araneta Coliseum after their postgame prayer.

So crucial was that call on their newest acquisition as it sent Paul Lee to the line, and the former BPC went on to sink both of his bonuses to give the Hotshots the lead and, eventually, the victory — their third in a row.

It sure is a tough pill to swallow for the Tropang Giga, given the fact that they led by as much as 13 points only to lose to an opponent that played all-Filipino in the last 6:40 after losing Nick Rakocevic to an apparent knee injury.

Furthermore, the loss put to naught the effort of potential naturalization bet Cam Oliver, who finished with 43 points, 17 rebounds, and five assists.