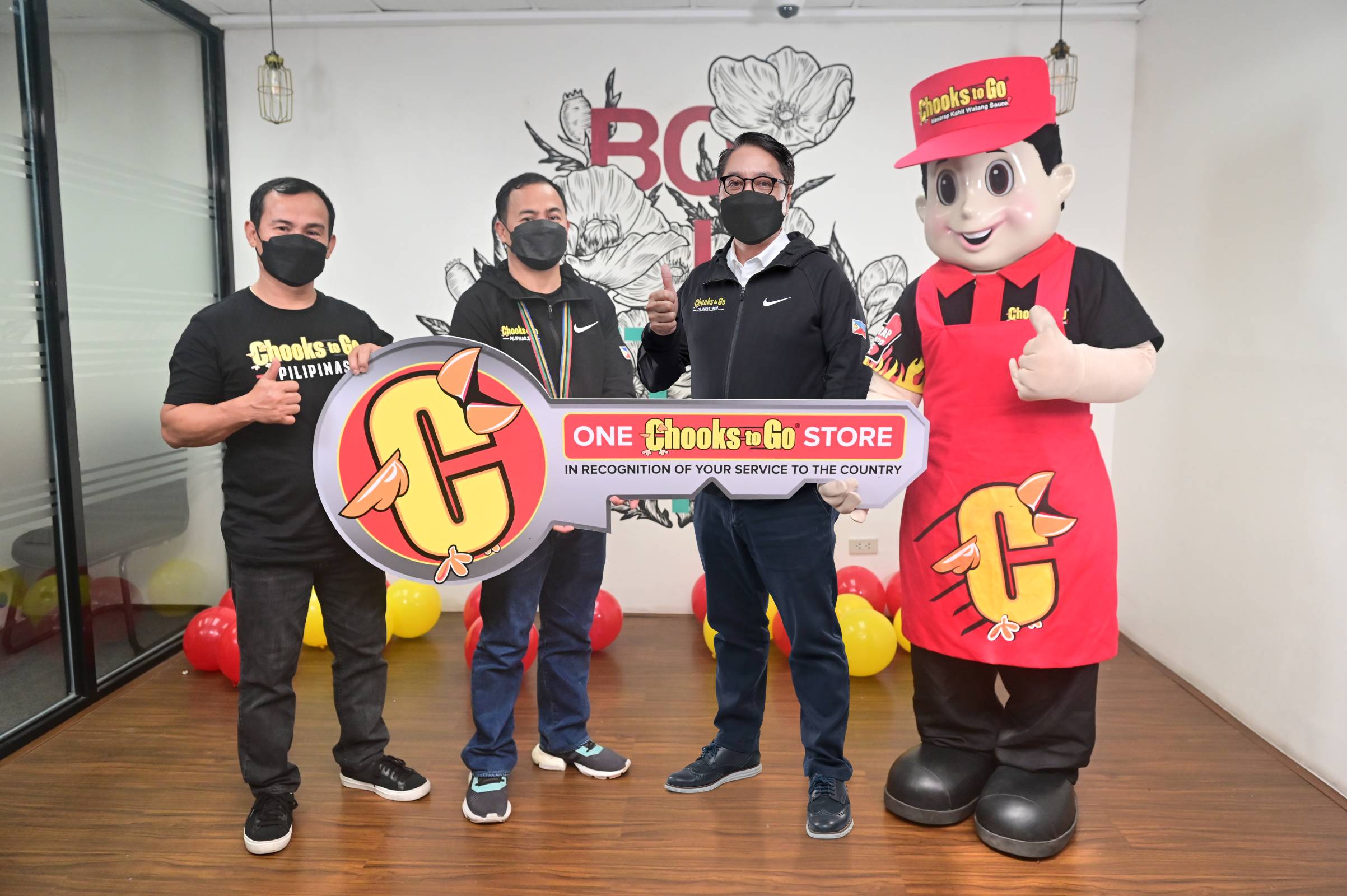 Chooks-to-Go honored another Olympic medalist by giving him a business he can call his own.

Like his younger brother Onyok Velasco, Roel — the bronze medalist in the 1992 Summer Olympics’ men’s light flyweight tournament — received his very own Chooks-to-Go store for bringing honor and pride to the country.

For Chooks-to-Go President Ronald Mascariñas, Roel is a “loyal soldier” to the country. After his in-ring career, he continued to serve the country as one of the coaches of the Philippine National Boxing Team.

“What astonished me about Roel is that he is a loyal soldier to the country. Though it’s been 29 years since his feat in Barcelona, his legacy continues to live on in our boxers today,” said Mascariñas.

“For years, he and his brother Boy have been identifying, grooming, and developing our boxers. And with their help, Nesthy Petecio and Carlo Paalam were able to win silver in Tokyo, while Eumir Marcial won bronze in a stacked middleweight division,” the sportsman continued.

Up to this day, Roel has regrets over what transpired in Barcelona.

Coming in as the third seed, he blasted Kenya’s James Wanene, India’s Rajendra Prasad, and Great Britain’s Rowan Williams to punch his ticket to the medal rounds. But in the semifinals, he was stopped by eventual gold medalist Rogelio Marcelo of Cuba due to a cut he sustained. That forced him to settle for bronze.

And so he makes sure that he leaves no stones unturned when preparing the country’s boxers for any tournament.

For Roel, receiving his own Chooks-to-Go store feels like winning gold. And he lauds the company for never forgetting the contributions that athletes like him have brought to the country. 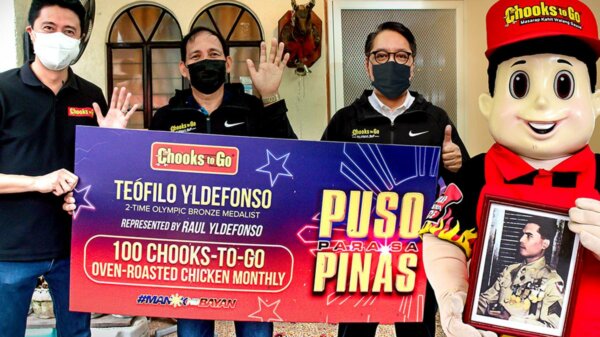 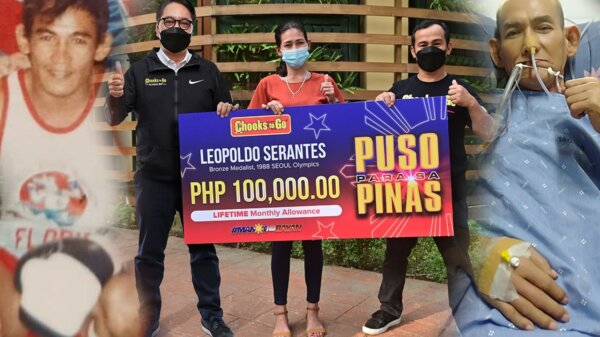 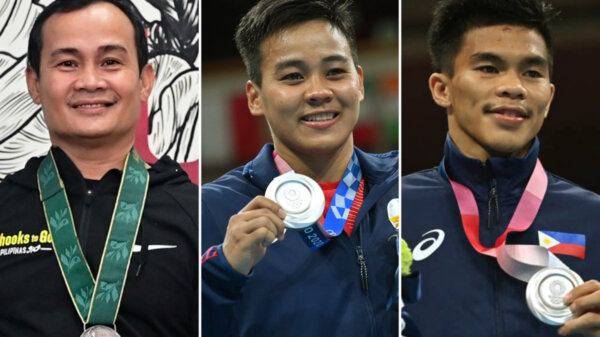 Onyok Velasco confident that Olympic boxing gold is within reach

An Olympic boxing gold could come next. Onyok Velasco believes as much following the Filipino boxers’ historic success in the 2020 Tokyo Olympics. There,... 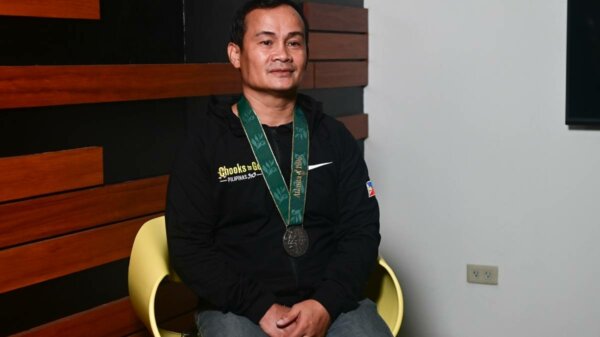 Onyok Velasco hopes Tokyo Olympians get incentives promised to them

Keep your word. That was the simple reminder of Onyok Velasco in light of various entities’ pledges to give incentives to the Filipino athletes...