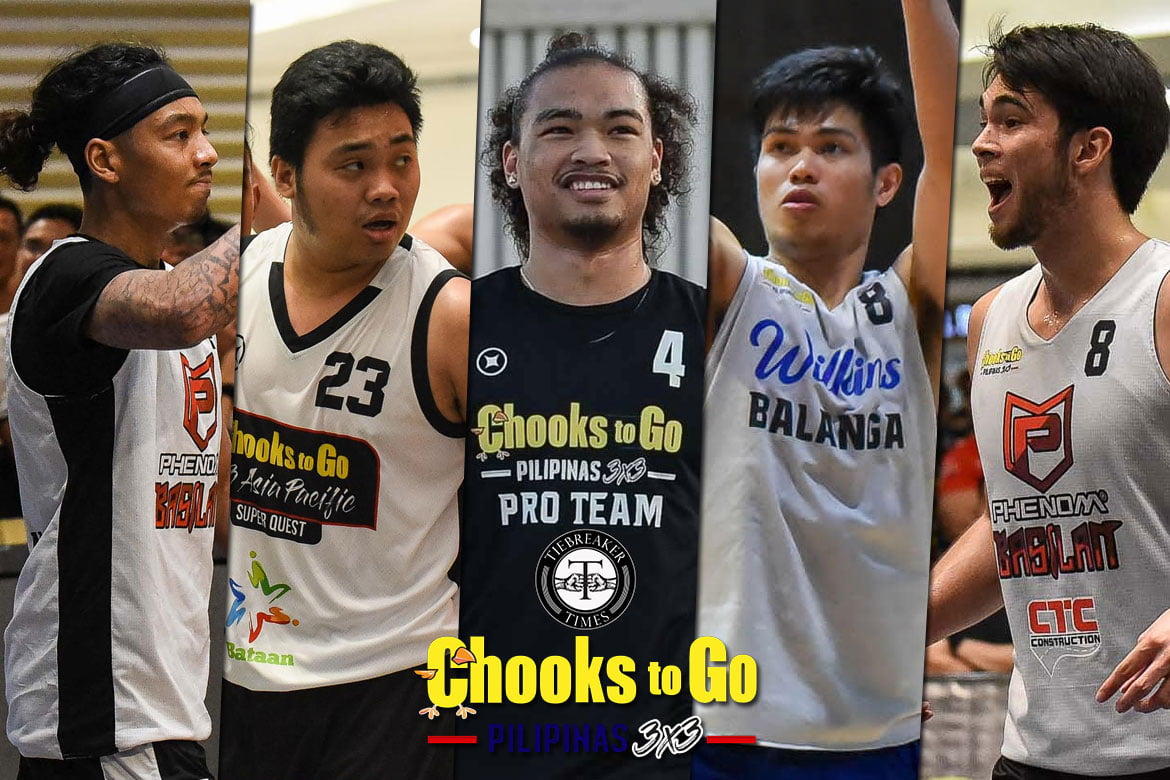 Five of the brightest young studs in Chooks-to-Go Pilipinas 3×3 did not need to enter the PBA to turn pro.

Joshua Munzon, Alvin Pasaol, Troy Rike, Santi Santillan, and Franky Johnson — all of whom did not join last year’s PBA Draft — are now considered pro 3×3 players after Chooks-to-Go Pilipinas 3×3 was granted pro status by the Games and Amusement Board.

For the country’s top 3×3 player Munzon, it was a surreal moment since Chooks 3×3 only started last February of 2019.

The duo of Pasaol and Santillan, on the other hand, believe that this will only grow this budding sport in the country.

No. 8 Johnson and no. 5 Rike, who backed out of the draft at the last minute, also expressed their delight with the league leveling up.

But for Mitra, being pro entails a lot of responsibilities.

After all, it’s a privilege, not a right.

“Becoming pro, it comes with responsibility.

“First, we’d like to thank commissioner Eduard Trinidad and commissioner Mario Masanguid for helping us out come out with this decision on the meeting yesterday to approve the application of Chooks-to-Go. Once you turn professional, then you have a responsibility to act professionally. You cannot be loitering around, creating gulo and all these things so it also comes with responsibilities,” stressed the amiable executive.