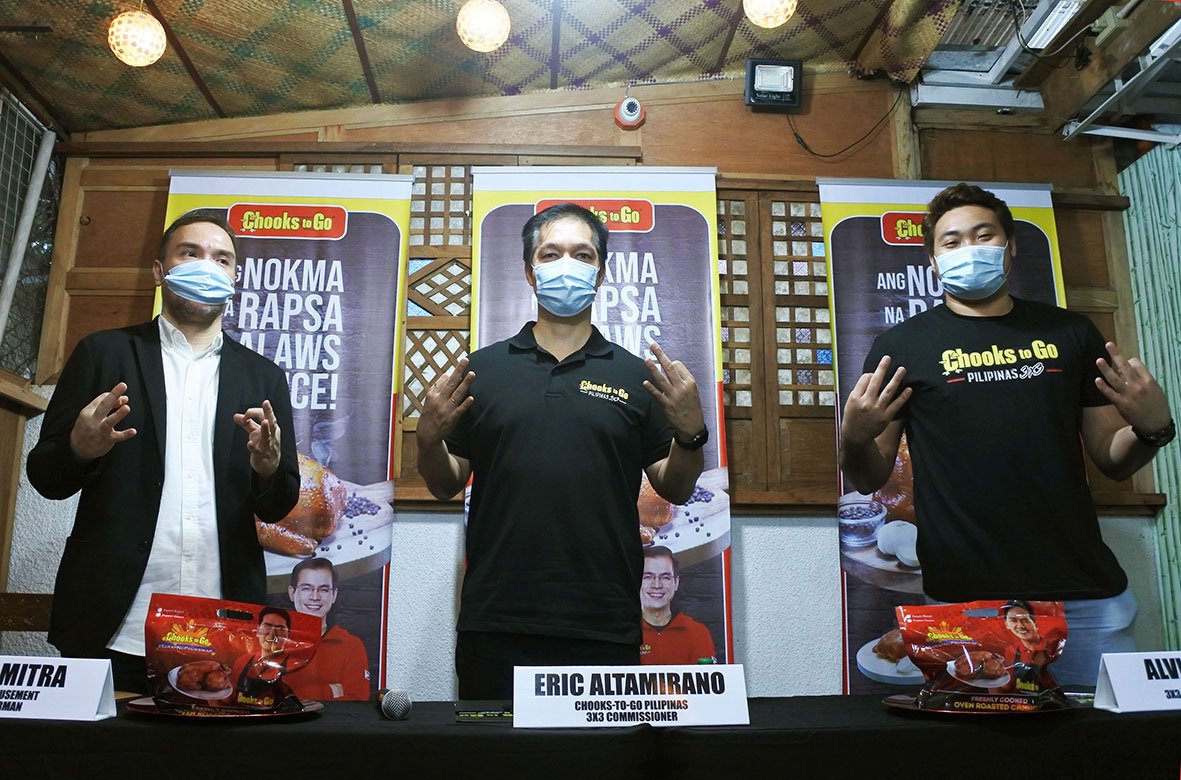 Eric Altamirano is fully aware of the uncertainties brought by the novel coronavirus (COVID-19) pandemic, and so he knows, too, that there remains a possibility that the new Chooks-to-Go Pilipinas 3×3 won’t push through.

“Maybe for some reason, tumaas sobra ang cases, and it will be not advisable to push through with any sporting event,” he added in the session powered by SMART and presented by San Miguel Corp., Go For Gold, Amelie Hotel Manila, Braska Restaurant, MILO, and the Philippine Amusement and Gaming Corporation (PAGCOR), with Upstream Media as webcast partner.

Much remains unpredictable in this crisis, and Chooks 3×3 knows that. The first-of-its-kind league was set to conduct practices after pro leagues gained the nod of the Inter-Agency Task Force. Unfortunately, the government placed Metro Manila under modified enhanced community quarantine from August 4-18 as COVID-19 cases continue to soar.

Still, Altamirano and Co. remain keen on pushing through with the second Chooks 3×3 season in September through the bubble set-up. In fact, the soft-spoken executive even said that they are “bent” on doing so.

The major reason shared Altamirano, is to help Gilas Pilipinas 3×3 players prepare for the FIBA 3×3 Olympic Qualifying Tournament, which is set to be held on May 26-30, 2021 in Graz, Austria.

The national squad consists of the top two Filipino players in Joshua Munzon and Alvin Pasaol, and PBA stars Mo Tautuaa and CJ Perez, both part of the crew that struck gold in the 30th Southeast Asian Games.

Gilas 3×3 had actually begun its preparations back in January before things halted when the government decided to put Luzon under lockdown last March, as the dreaded virus began to wreak havoc.

“Kami as a group, as a league, we are really bent on pushing through with this league. We know the importance of pushing through with this league kasi it will really help us prepare for the Olympic Qualifier,” said Altamirano, who also hopes that Tautuaa and Perez would be allowed by the PBA to take part in Chooks 3×3 to further polish Gilas’ chemistry.

But beyond the OQT, it is also providing livelihood to the coaches and players affected by the global health crisis that makes Altamirano really determined to have the wheels of Chooks 3×3 rolling once again.

“Malaking bagay din ‘to sa mga players and coaches. Siyempre naapektuhan din sila ng pandemic, and most of them do not have jobs. So by pushing through with this, makakatulong tayo na mabigyan sila ng livelihood,” he said.

“At the same time, may napapanood ang mga tao at this time.”