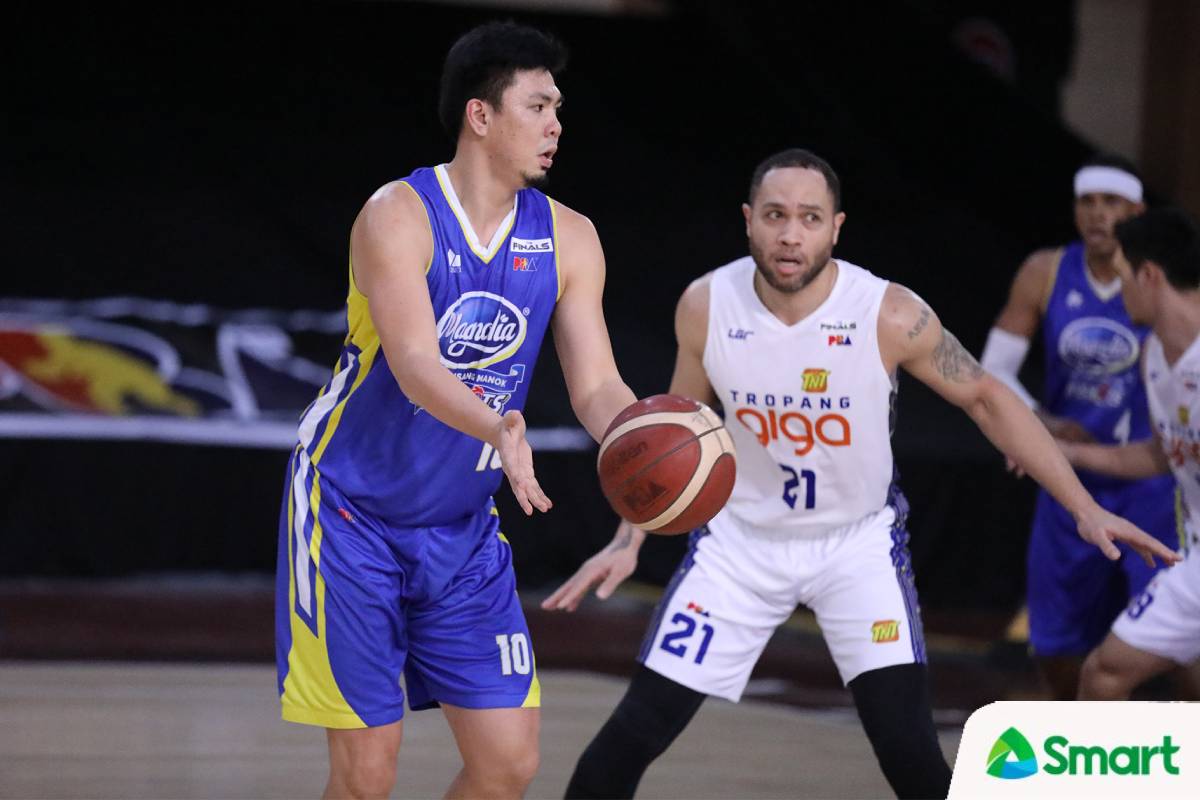 Back spasms prevented Ian Sangalang from finishing Game One of the 2021 PBA Philippine Cup Finals between Magnolia and TNT, Wednesday night.

That was the explanation offered by head coach Chito Victolero when asked why his top big man sat out in the second half of the series opener, where the Hotshots got dominated by way of an 88-70 decision.

The BPC candidate only played for a total of 10 minutes and 38 seconds. He only had five points on three shots and a rebound.

This now puts a cloud of uncertainty above his status for Game Two on Friday, but the youthful mentor said that they’ll do what they can for him to play.

“We will find ways on how we can manage his injury so he can play,” wrote Victolero in a text message to Tiebreaker Times.

This now marks yet another injury from Game One. Tropang Giga center Kelly Williams also suffered a back injury during the third quarter, causing him to be stretchered out of the DHVSU Gym en route to the hospital.

Sangalang getting hurt proved to be another blackeye for Magnolia, who suffered one of their most humiliating defeats.

According to league stats chief Fidel Mangonon III, the Hotshots’ 70-point output is their lowest this tilt. Their 28 turnovers are a conference record.

Furthermore, their 27.39-percent shooting from the floor is actually the third all-time lowest field goal percentage in franchise history.

Things never went the way of Magnolia right from the get-go, as the Tropang Giga started the game with a 20-2 blitz and never looked back. They even lead by as many as 32 points late in the third canto.

Victolero, though, is quick to move on from the defeat. “We had a bad start, but we can fix that,” said the champion bench tactician.

“Tomorrow is another day. We will get better tomorrow. We will move forward together.”

But definitely, on top of the team’s priorities right now is making sure that their main center will be alright the rest of the series.