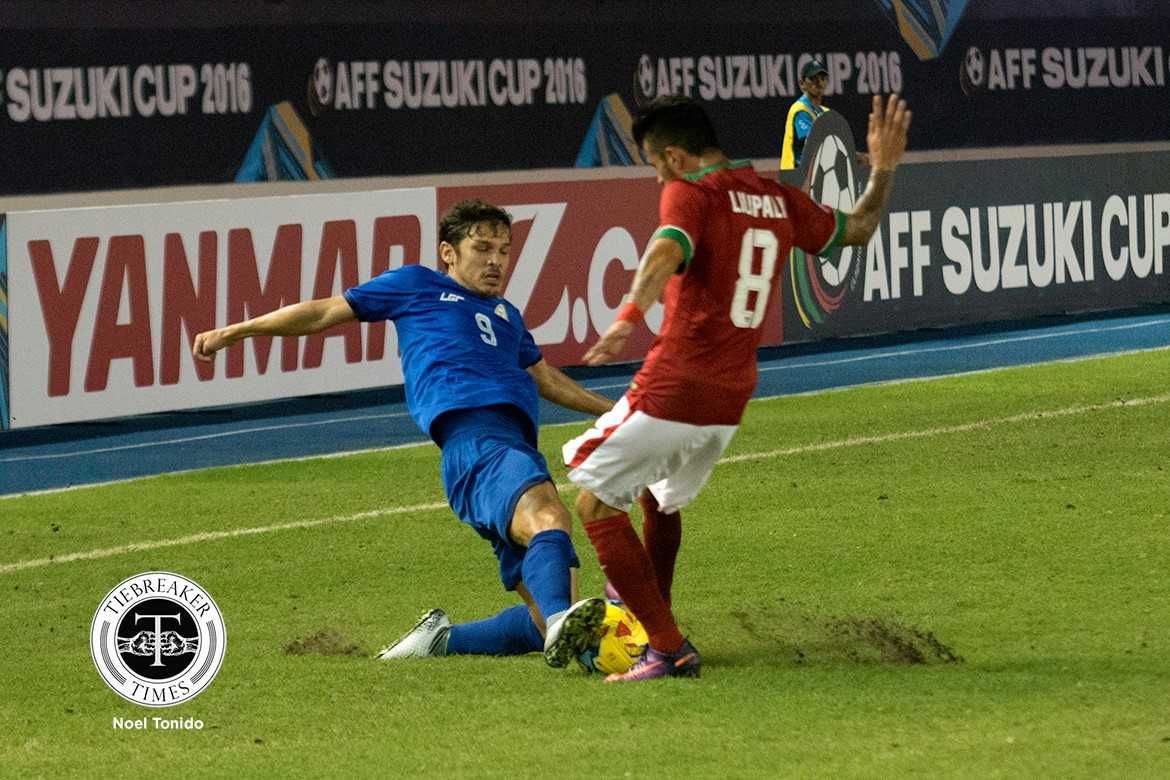 A dire and painful evening at Guangzhou was in store for the Philippine Men’s National Football Team, as they succumbed 1-8 to their counterparts from the People’s Republic of China.

Misagh Bahadoran’s 33rd minute goal proved to be nothing more than a mere consolation for the Azkals, as Team Dragon proved to be too strong.

Led by the legendary Italian coach Marcello Lippi, the Chinese had the advantage after just three minutes of action when defender Hang Ren headed the ball into the back of the Filipino net.

Despite the early setback, the Filipinos were able to withstand the Chinese bombardment and should have gotten a goal themselves after attempts from Bahadoran and Iain Ramsay. Things then became worse, as Azkals coach Thomas Dooley was forced to replace James Younghusband and Daisuke Sato for Kevin Ingreso and Jeff Christiaens respectively due to injury.

Another goal was inevitable, and it came via another header, this time from Zhi Xiao, who struck just before the half hour. By this stage, everything was going wrong for the Azkals. Two goals down and with as many players replaced due to injuries, it was a cruel evening that seemed to be getting darker.

Except that the Azkals were able to pull a goal back in miraculous fashion. China goalie Wang Dalei parried away Ramsay’s attempt, only for the ball to be rebounded in by Bahadoran. That goal gave the Azkals some time to settle, but the Dragons were not in the mood to be merciful.

In front of thousands of home fans in the Tianhe Stadium, Hanchao Yu restored China’s two-goal cushion just before the break to crush the Filipinos’ spirit once again. Upon the restart, Yongpo Wang and Yin Hongbo scored a goal each in quick succession to kill off the contest.

Already up by 5-1, the only question was by how much the Azkals would lose by fulltime. Substitutes Xizhe Zhang and Hanwen Deng saw to it that the Philippines ended up as 8-1 losers, with the latter bagging a brace in the final minute of the match.

Although it was a painful experience for the Azkals, tonight’s loss will be considered irrelevant as long as they get three priceless points away at Dushanbe against Tajikistan in their 2019 AFC Asian Cup qualifying campaign. It shall be played during the evening of June 13.