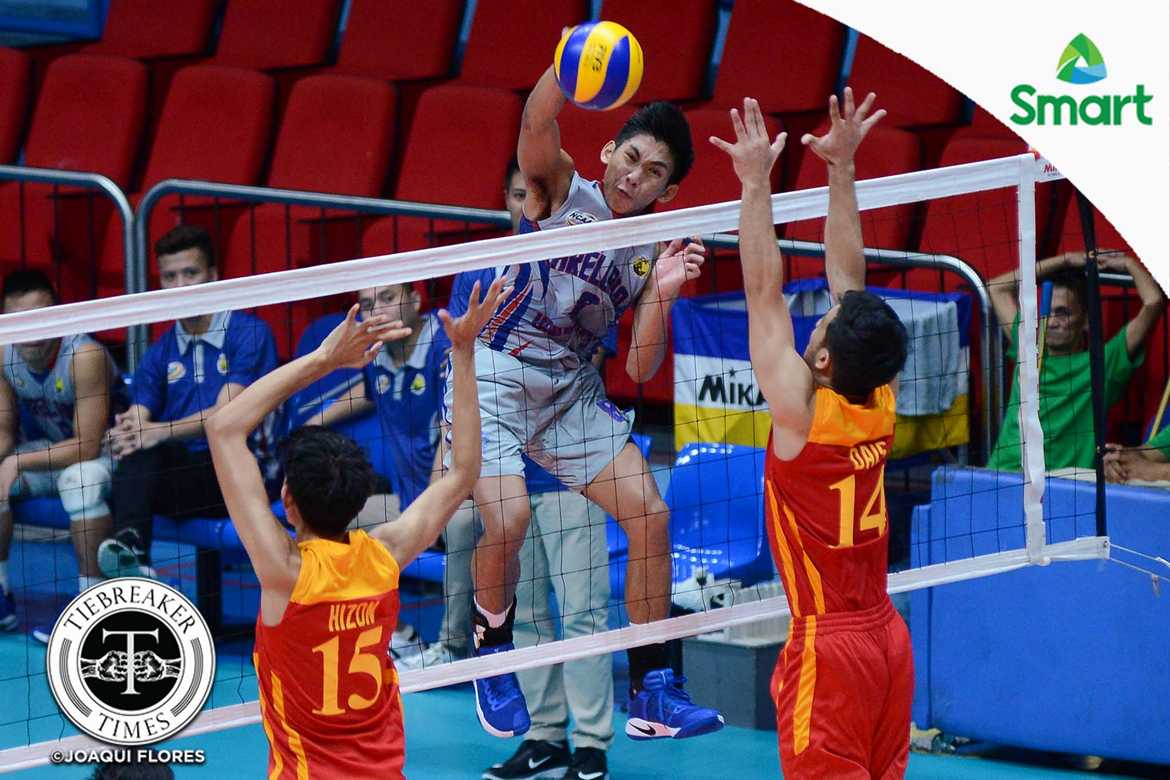 The Arellano University Chiefs carved its third straight win of the season after shaking off the challenge of the Mapua Institute of Technology Cardinals in four sets, 25-22, 25-19, 23-25, 25-21, Monday morning at the FilOil Flying V Centre.

The Chiefs dictated the pace in the first two sets to stifle the Cards. It was the errors of the Arellano spikers that kept Mapua in these two frames.

This story would continue in the third set. The Legarda-based squad mounted a 21-16 lead, forcing Mapua to call for time.

Consecutive hitting errors from Cabillan and Kenneth Aliyacyac sent the Cards to within two, before Sam Damian and Alfred Pagulong carried the Cardinals to a tight 25-23 win.

Head coach Sherwin Meneses rued his team’s failure to execute their plans in the match, leading to their first set loss.

Arellano once again took the initiative in the fourth. This time, despite being hounded with miscues, the Chiefs were able to pull off the victory with better execution in transition.

Pagulong had a monster game for Mapua with 19 points, 17 coming from attacks.

The Chiefs aim to continue its winning run as they battle Letran on Thursday, December 1 at 2 pm. On the other hand, the Cardinals look to arrest their two-game slide when they face the defending champions Perpetual on Monday, December 5 at 9 am.