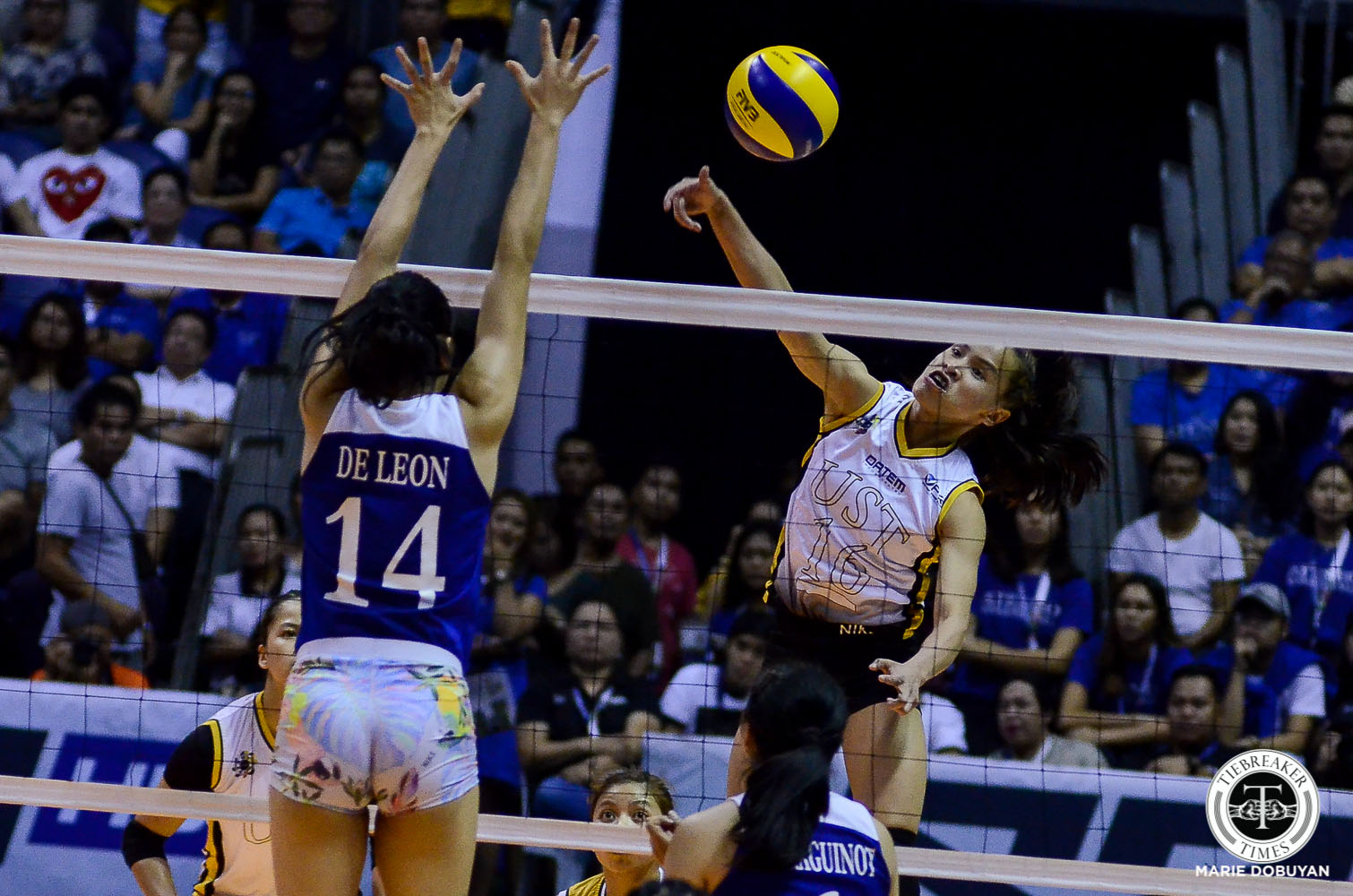 In their first time back on the UAAP Finals stage, the University of Santo Tomas Golden Tigresses took their cues from season MVP Sisi Rondina. They mauled the Ateneo de Manila University Lady Eagles, 25-17, 25-16, 25-20, to come within one win of the Season 81 title, at the Smart Araneta Coliseum.

The Tigresses came out firing in each of the first two sets, grabbing identical 18-10 leads and promptly shutting the door on any Ateneo run.

Ateneo seemed to have found life in the third set, opening on a 5-3 run. UST setter Alina Bicar continued her career game, however, steering the Tigresses to a 16-11 cushion. Ateneo captains Bea De Leon and Maddie Madayag then kept their team close, while Kat Tolentino swung in from the backrow and trimmed UST’s lead down to one. 21-20. An error from Ateneo rookie Erika Raagas followed by two Sisi Rondina kills pushed UST ahead, 24-20. Raagas then hit another error to close the match.

Rondina finished the match with 23 points, including 20 attacks, an ace, and UST’s only two blocks. Eya Laure added 11 markers.

Graduating captain Rondina admitted that she was hyper-focused for her first Finals appearance in the indoor tournament.

The Tigresses earned their seventh straight win in Season 81, and their first over Ateneo since Season 74.

Game Two will be on Wednesday at the SM Mall of Asia Arena.