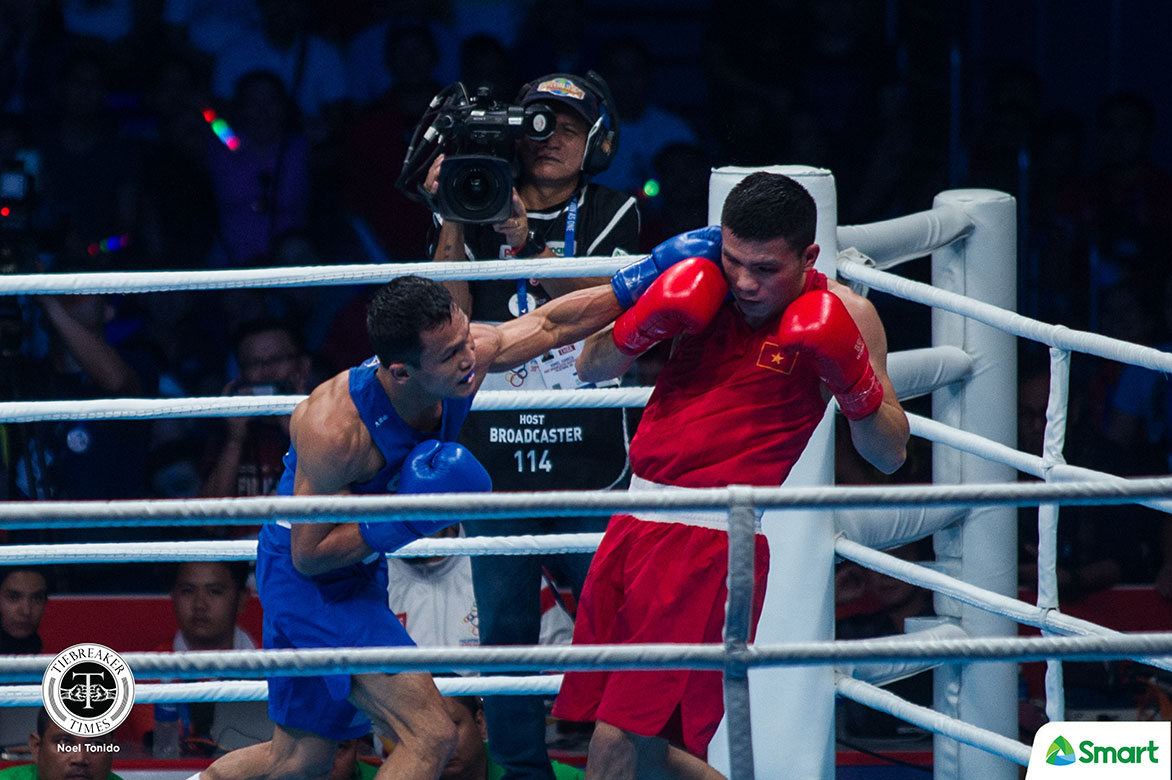 Five more Philippine fighters are set to vie for the gold following their semifinal wins in the 30th Southeast Asian Games boxing competitions Sunday at the PICC Forum in Pasay City.

The women’s team also made a mark. Irish Magno is bound for the women’s flyweight finals following a split decision victory over the much-taller Jitpong Jutamas of Thailand.

With such a successful showing, a total of 10 Filipino fighters will fight for gold in the tilt’s final day on Monday.