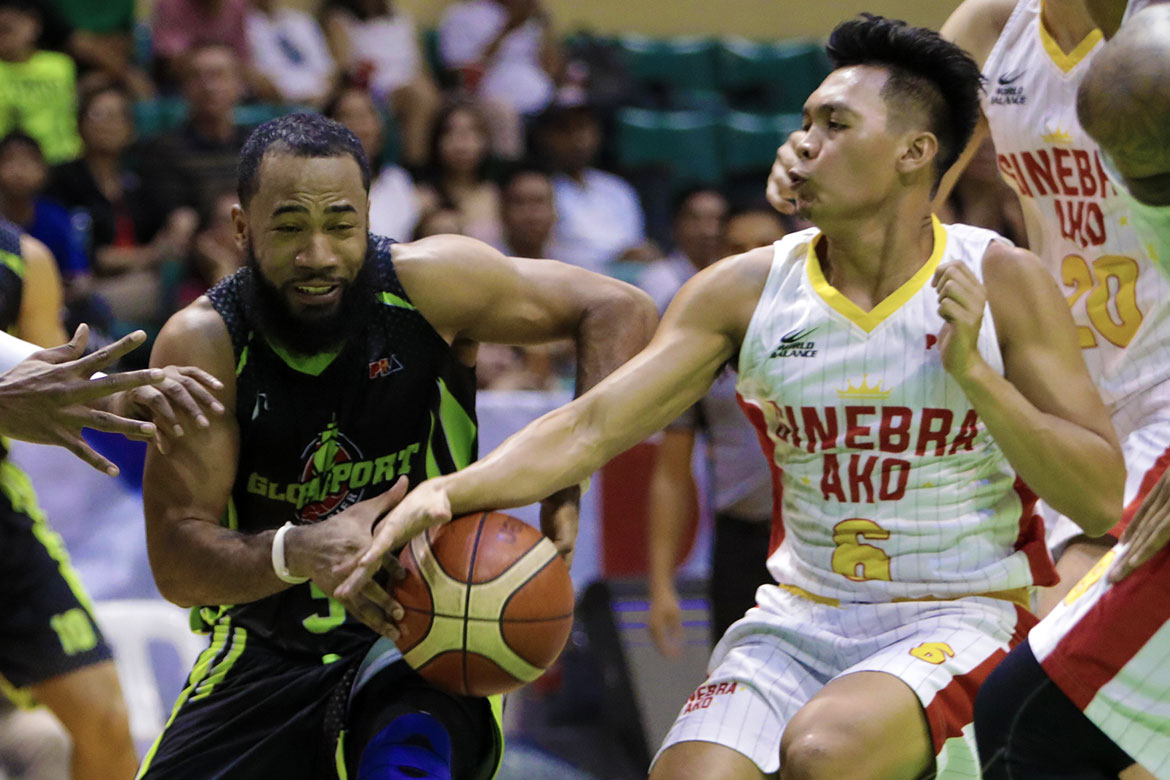 It seemed that it would be hard for anyone to stop Stanley Pringle following his 50-point explosion last June 22, in the GlobalPort Batang Pier’s 133-115 victory of the Columbian Dyip at the SMART Araneta Coliseum.

So for Scottie Thompson, he took it as a challenge, as Pringle and GlobalPort were set to meet Thompson’s Barangay Ginebra San Miguel on July 6.

Thompson wasn’t able to stop the crafty Pringle – but he limited the Fil-American guard commendably.

From 50, Pringle only finished with 14 points on 11 shots, and with him not being able to play a huge role in GlobalPort’s offense, the Batang Pier bowed to the Gin Kings, 98-116, at the Cuneta Astrodome in Pasay.

“I think the key to the game was how well Scottie played Pringle on defense. I felt he was outstanding,” the multi-titled tactician lauded. “I don’t remember Stanley getting a two-point shot. He made maybe a transition layup.

“Generally all his shots came from the three-point line and Scottie made a great job keeping his touches, and that was the key.”

But aside from his defense on Pringle, what made Thompson’s Friday night even more fantastic was his production – the 24-year-old collected his second triple-double of the 2018 Commissioner’s Cup with 10 points, 10 boards, and 11 dimes.

But the proud son of Davao City downplayed his performance.

Thompson was particularly satisfied because he and the Barangay are safely through to the quarterfinals. Not only that, but Ginebra will be heading into the next round as the hottest team, with five straight wins.