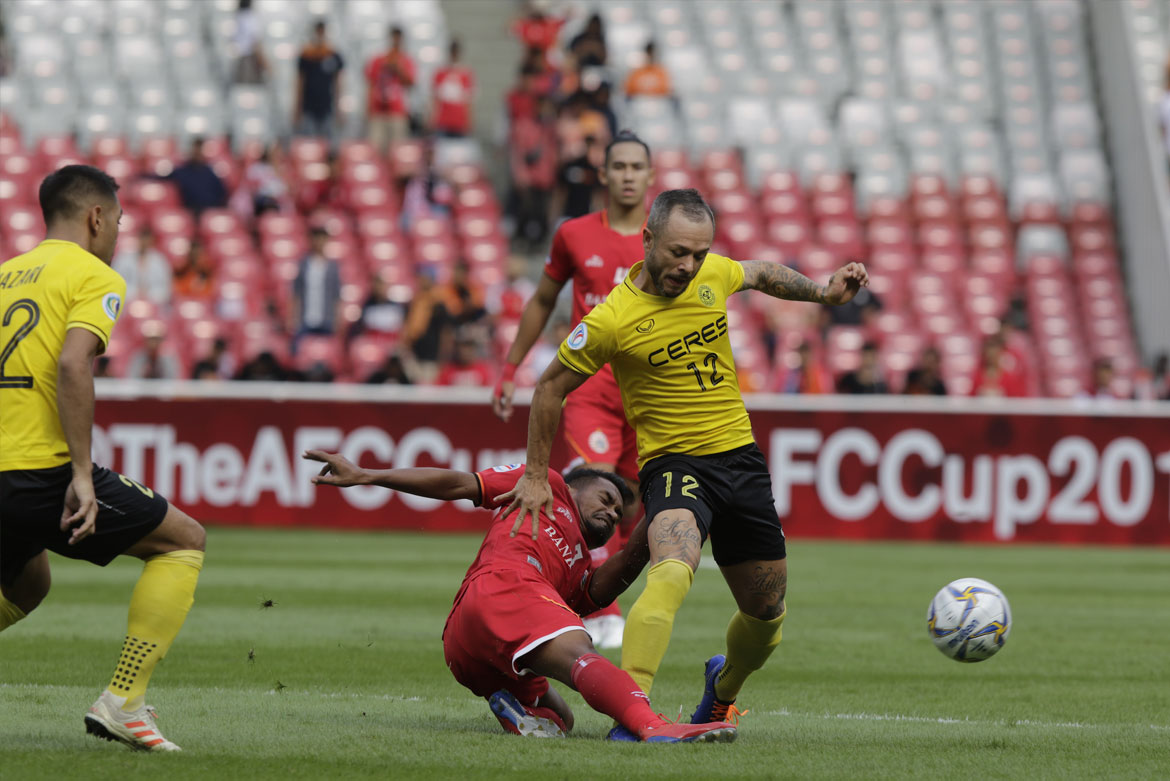 On a ground that has been a graveyard for Philippine football, Ceres-Negros Football Club completed one of the greatest comebacks in the history of the AFC Cup.

Amidst a hostile crowd at the daunting Bung Karno Stadium, the Bacolod-based club overturned a two-goal deficit to win 3-2 against Persija Jakarta, Tuesday afternoon, in Jakarta, Indonesia.

The result increases Ceres’ tally to 12 points at the top of Group G in the 2019 AFC Cup, and it virtually assures the Bacolod-based club entry into the knockouts. On the other hand, Persija is still in 3rd place with 4 points.

The Busmen almost conceded an early goal when Bulgarian referee Ivan Kolev called for a penalty after defender Super Herrera fouled Sandy Sute in the Ceres box in the 19th minute. Persija’s joy was short-lived, however, as goalkeeper Roland Muller performed a fine save to deny Bruno Matos’ spot-kick.

However, Ceres started the second half flat, allowing the home side to score twice in a span of eight minutes. Sute first headed the ball into the net at Muller’s near post in the 49th minute; then Bruno Matos eluded the Busmen backline to atone for his early miss in the 57th minute.

With the game slipping by the minute, Risto Vidakovic opted to bring in substitutes Mahir Karic and Miguel Tanton for OJ Porteria and Kevin Ingreso. Tanton’s entry, in particular, handed the visitors a lifeline when the Filipino-American converted a free kick in the 70th minute.

Tanton’s goal revitalized Ceres and the Filipino champions enacted arguably one of the biggest comebacks in the competition’s history. Stephan Schrock delivered a cross from the left flank, which Bienvenido Maranon then headed into the net five minutes from fulltime.

Now that they had clinched the leveler, the Busmen had all the momentum in the world to push for a late winner. Not even Vidakovic’s ejection stifled their performance. Super missed a big chance to score what could have been the late winner, but he was absolved in stoppage time.

In the second minute of added time, Schrock once again launched another good ball into the Persija box. This time around, it was Mike Ott on the receiving end and the midfielder made no mistake to score past Persija goalie Andritany Ardhiyasa to seal the win.

Ceres looks to formalize its entry into the zonal semifinals when it faces Burmese club Shan United on May 1, 2019, at the Thuwunna Stadium in Yangon. 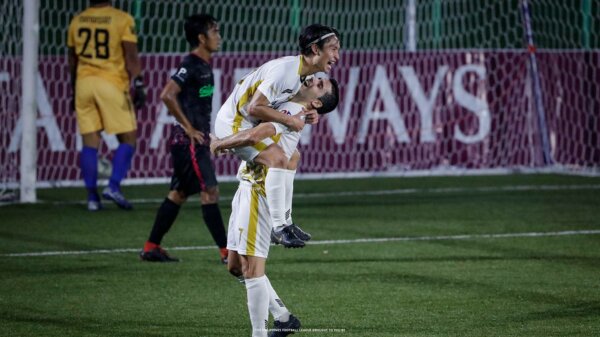