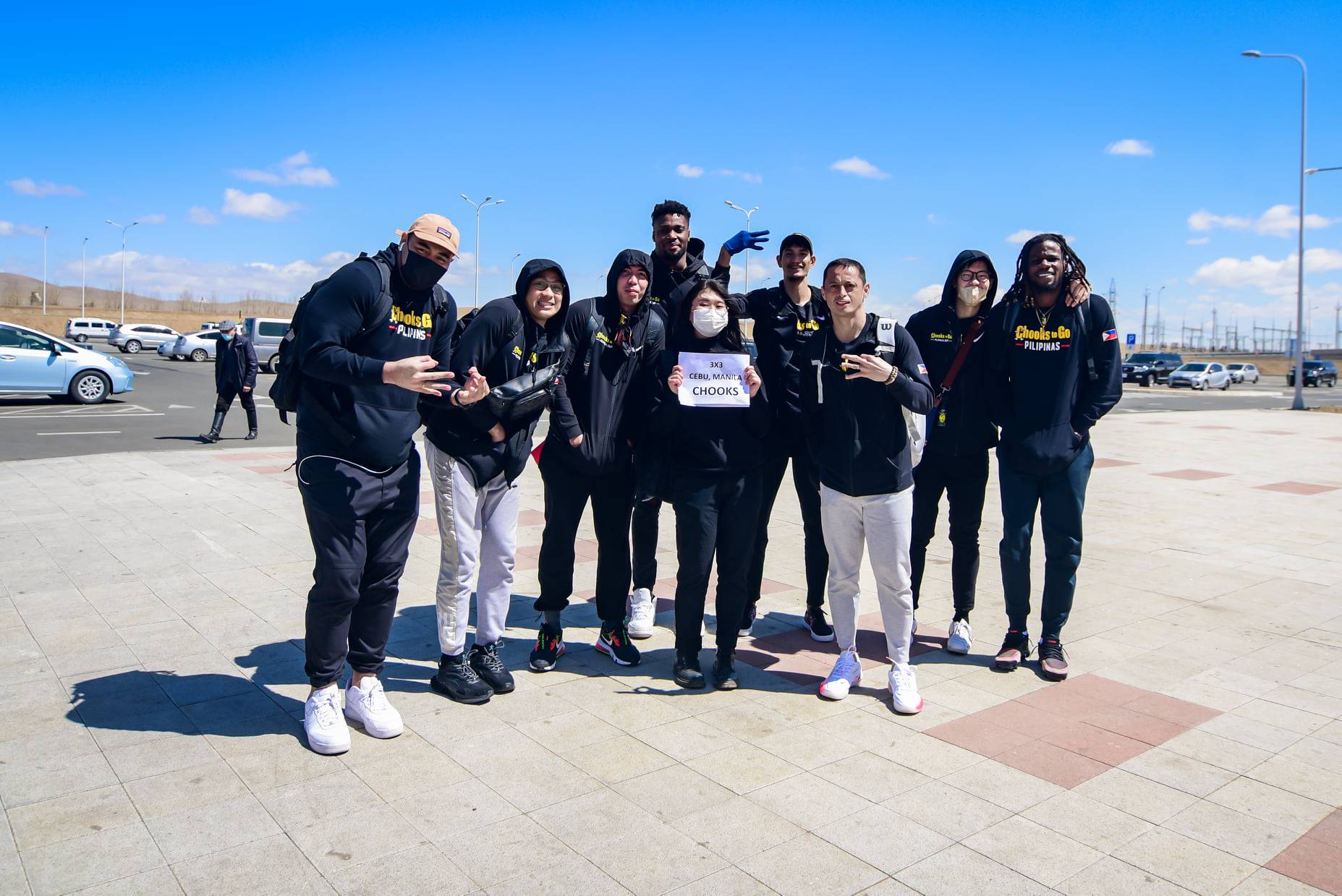 There will be no rest for Cebu and Manila Chooks.

The two Chooks-to-Go Pilipinas 3×3 squads headed to Mongolia on Wednesday evening to compete in the FIBA 3×3 Ulaanbaatar Super Quest.

The level eight-FIBA 3×3 tournament will take place from May 6-7 with the pool stages taking place on opening day while the knockout playoffs will happen a day later.

Grateful is Chooks-to-Go president Ronald Mascariñas to Mongolia’s Organizing Committee for helping secure the visas of Nzeusseu and Iloka. The two almost did not make the trip.

“We would like to extend our gratitude to the LOC of this tournament for their swift action in helping hasten the process of getting the visas of Mike Harry and Henry,” said Mascariñas. “That act showed that 3×3 is more than just a competition, it’s a brotherhood.”

“We can’t be complacent for this tournament because this is one of our last real games before the Manila Masters,” said Ayo.

#ReadMore  Alex Compton knows Game 4 will not be another cakewalk

The top three teams in each pool will advance to the knockout stage with the top seeds gaining automatic semis berths.