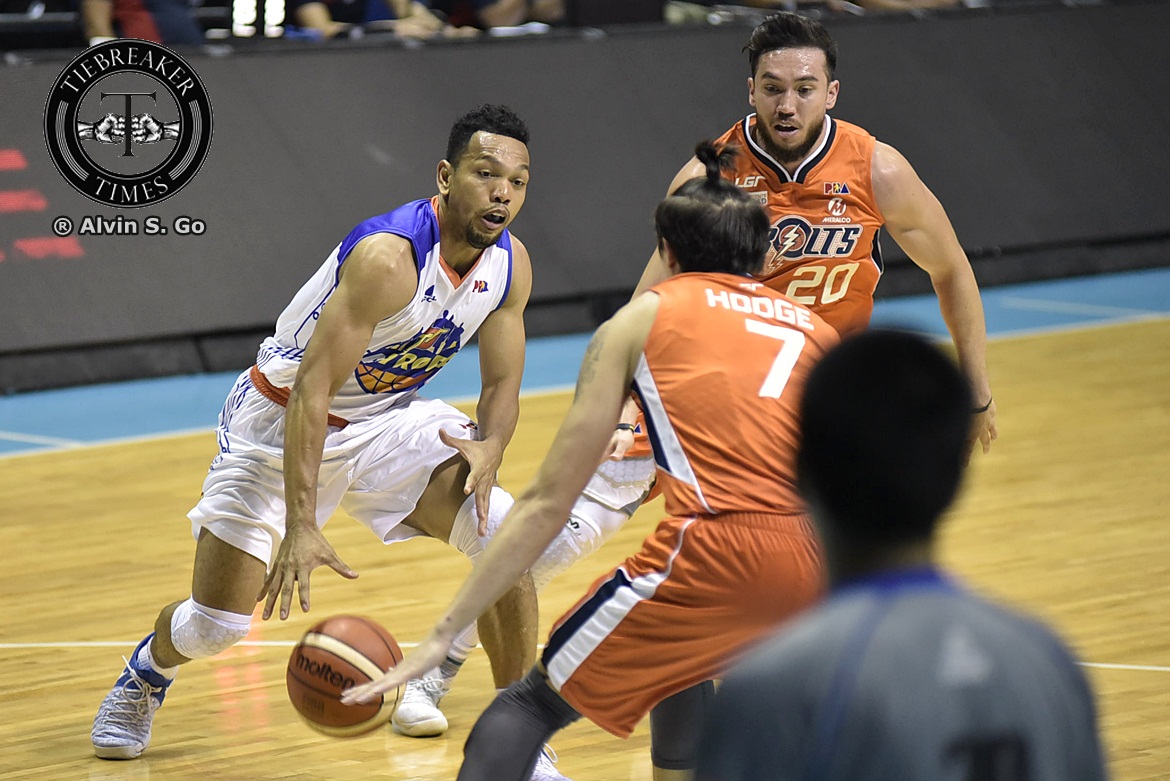 Those are the words that best describe TNT Katropa ace Jayson Castro. So to see him become aghast and infuriated with some bad calls — or non-calls — is definitely surprising.

But his temper flared on Wednesday night in Game Two of TNT’s best-of-three quarterfinal series against Baser Amer and the Meralco Bolts, in which they lost narrowly, 103-100, at the SMART-Araneta Coliseum.

With 9:22 left in the game’s third canto, Castro attacked the rim and looked for a lay-up. He then received contact from the Meralco defense — a slap was even heard during that scene — a smack on the hand that Castro insisted was a foul.

But the referee on the baseline did not blow his whistle. It made the 30-year-old furious, making him resent the non-call by raising his voice directly at the referee, screaming “Ref! Foul!”, that led to a technical foul.

It was stunning to see Castro with that kind of action, but the nine-year veteran played it cool.

Aside from the technical foul he incurred, Castro was also a magnet of the referee’s whistle. He inadvertently collected six fouls, with the last one coming in the the waning seconds of the extra period.

But, similar to his tech, the native of Bacolor, Pampanga has no qualms about being fouled out.

Despite all of the unfortunate happenings, the seven-time champion still gave credit where credit is due. The series will now head into a deciding Game Three, and that is where his and the Katropa’s focus are all set.