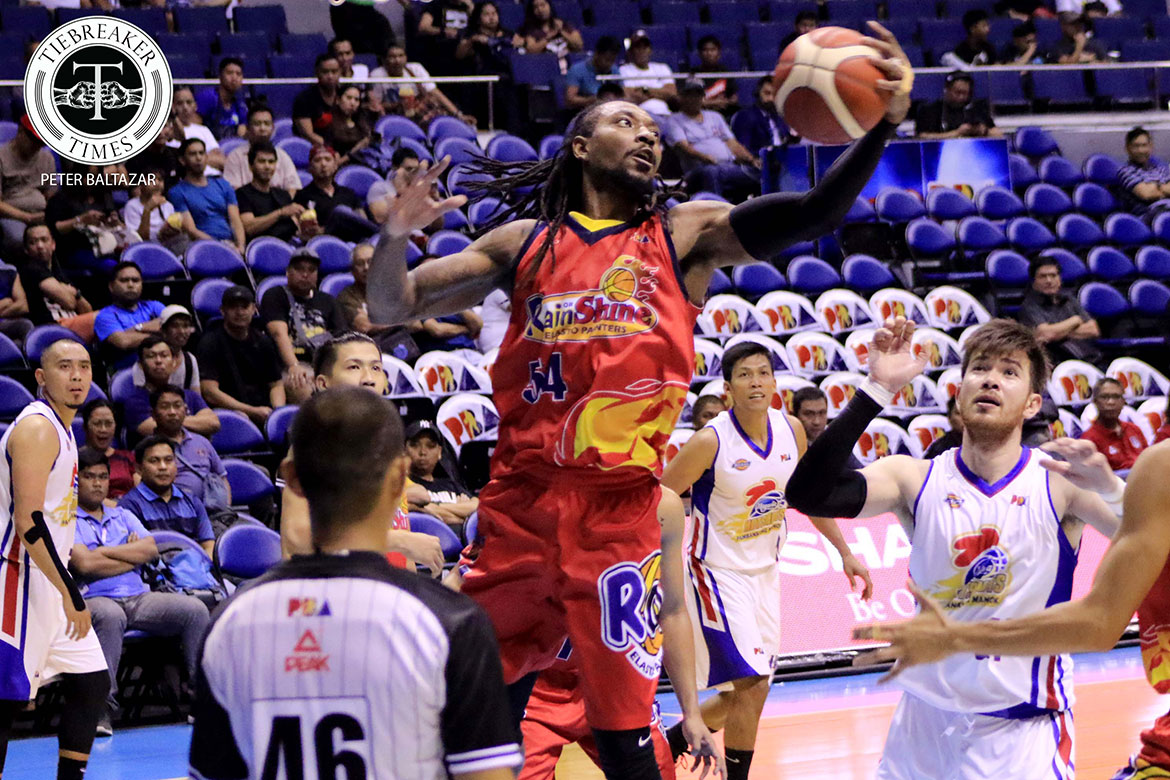 Carl Montgomery showed that he was a good choice to replace the hurt Denzel Bowles as he helped Rain or Shine nip Magnolia, 86-82, in the 2019 PBA Commissioner’s Cup, Wednesday evening at SMART Araneta Coliseum.

The 6-foot-8 American finished with 20 points, 12 rebounds, four assists, two steals, and two blocks in his PBA debut, but his biggest contribution in the win was his effort on the defensive end in a time they needed the most.

As the Hotshots threatened by knocking to within just four, 80-84, with 1:31 left in the game after being down by 11, he stopped Ian Sangalahyung’s shot from underneath before swatting away Jio Jalalon’s lay-up with 29.6 ticks to play.

“He’s not the biggest import, not the tallest, not the strongest but he was able to give us the energy,” lauded Rain or Shine head coach Caloy Garcia of Montgomery, who was fresh off a stint in Malaysia before flying over here.

Montgomery, though, gave a bit of an opening for Magnolia to trim the deficit, even more, when he missed both of his freebies with 18.2 ticks left, but Gabe Norwood sank his foul shots and the Hotshots failed to convert.

Beau Belga top-scored for the Elasto Painters with 22 points on 8-of-14 shooting, five rebounds, an assist, and a steal. Ed Daquipag supplied 14 markers, five rebounds, four assists, a steal, and a block in nearly 33 minutes.

Import James Farr had 19 points and 23 rebounds against six turnovers for the Hotshots. Veteran guard Mark Barroca missed out on a rare triple-double as he finished with 14 points, 10 rebounds, and nine assists with two steals.

The Hotshots have now absorbed their third consecutive loss, and have gone 5-5 like the Elasto Painters.

Both teams will now look to earn their playoff tickets against their respective foes. RoS will face the San Miguel Beermen this Saturday in Cagayan De Oro, as Magnolia will battle the top-seeded TNT KaTropa next Wednesday.