Alaska head coach Jeff Cariaso admitted that it ‘was very challenging‘ to trade Vic Manuel, but the Aces tried to look for the best deal possible that would benefit both the wantaway star and the club itself.

The cager-turned-mentor admitted that different teams reached out and negotiated to acquire the services of the 33-year-old since he made it known that he wants a trade, but discussions didn’t materialize.

“Trading Vic was very challenging these past six weeks,” Cariaso wrote in a statement.

“There were several offers from different teams that either fell off the table or we simply did not want to accept.”

The Aces’ search, however, ended with Phoenix. And on Tuesday, the PBA approved the deal that will send Manuel to the Fuel Masters for three draft picks – with two for this year’s Rookie Draft – along with Brian Heruela.

Alaska received the no. 6 pick – which Phoenix got from the Calvin Abueva trade with Magnolia – and the rights to no. 16, as well as its first-round pick next year. The Aces, meanwhile, gave their 7th and 19th picks along with Manuel.

“Finally, we’ve come to a deal with Phoenix that will give us a better opportunity to draft marquee talents in both rounds,” Cariaso said.

“Plus [Phoenix gave] us an extra first round pick next year.”

Aside from the picks, Cariaso is also optimistic with their acquisition of stocky floor general Heruela. He said that the four-time PBA champion could end up “being a blessing in disguise” for the Milkmen.

Heruela, according to Cariaso, wasn’t actually part of the original offer but was included upon the request of the trade committee.

“Brian was an add-on requested by the PBA to formalize the trade. Because he wasn’t part of the original offer, he may end up being a blessing in disguise for us. Great kid with tremendous worth ethic,” he tweeted.

This marks a fresh start between Alaska and Manuel, who spent almost seven years with the Uytengsu-owned franchise. There, he rose as one of the league’s best forwards mainly due to his offensive prowess.

Now that both camps are moving forward, Cariaso expects that the remaining Aces will fill in the gap left by the bruising 6-foot-4 forward.

“I truly believe in the guys we have and trust that they will step up, taking full advantage of the opportunities,” he said. “I’m equally as excited about the free agents and rookies that will join us this coming season.

“Never will there be a question of commitment from these guys, and I look forward to the daily grind with them.”

Bobby Ray Parks Jr. announced Saturday that he is not taking part in the upcoming PBA season due to personal reasons. “It is with... 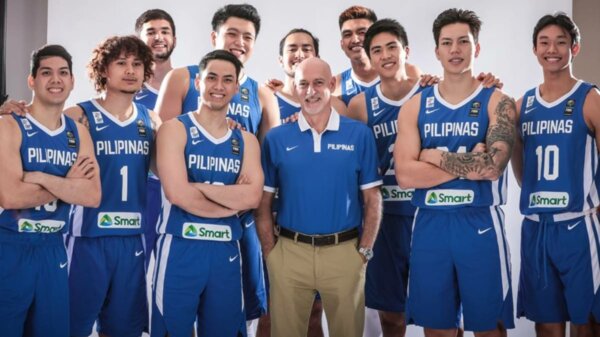