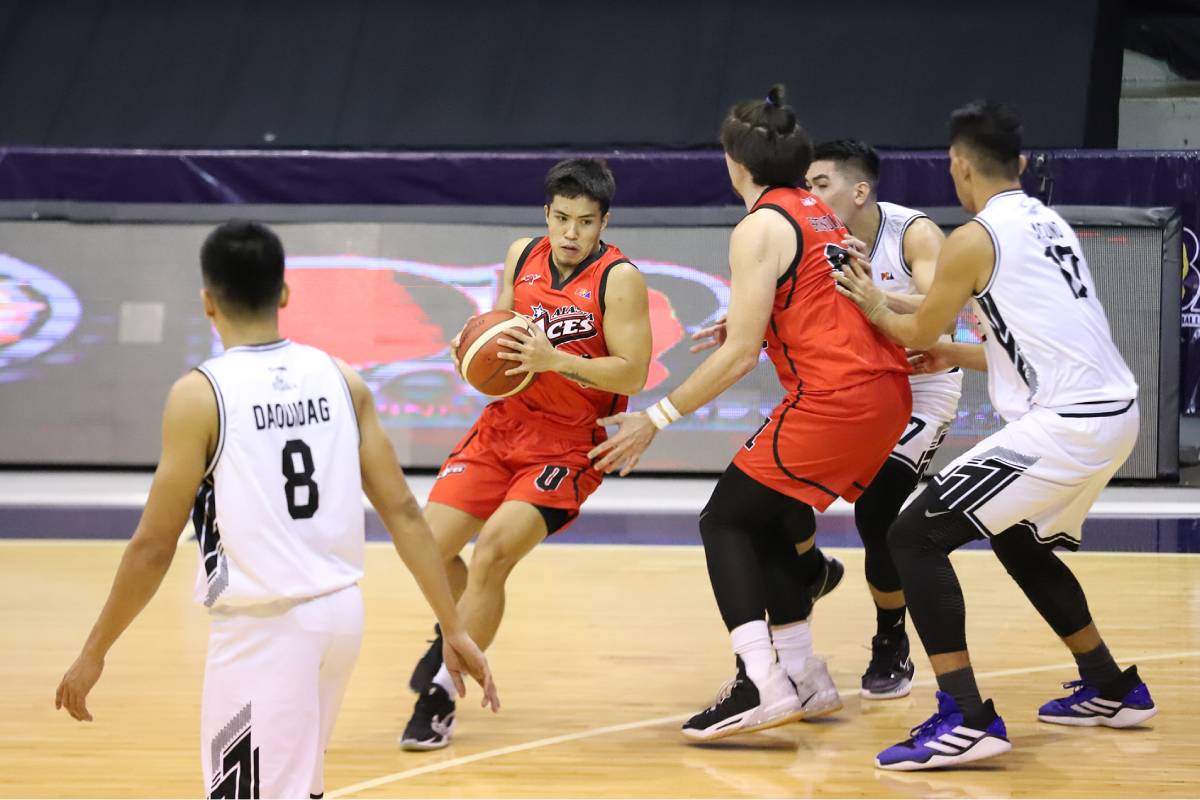 Alaska head coach Jeff Cariaso feels pleased with the way his rookies played in their 26-point rout of Blackwater in the 2021 PBA Philippine Cup opener, Friday.

Ben Adamos logged the most minutes among the neophytes with over 14 minutes of play. Meanwhile, RK Ilagan gave a glimpse of his potential despite entering the game with just a few minutes remaining.

Adamos, the sixth overall pick, was part of the unit that helped the Aces erupt for 32 points in the third quarter alone. A bucket of his gave his side a 69-52 lead with 2:09 to go — which, at that time, was the game’s biggest lead.

Ilagan, on the other hand, checked in with 1:47 left to play. The game was all but settled at that point with Alaska up 95-77. Still, he went on to score his team’s last eight points en route to the impressive 103-77 triumph.

Both players finished with eight points. Adamos added five rebounds to his name. Meanwhile, Ilagan, the Aces’ third-round choice, was 2-of-2 from deep.

“Not bad, ha,” beamed Cariaso post-game. “I told the rookies they’re gonna be thrown out there and given an opportunity.

“So for debut by Ben, Taylor, and also you saw at the end how impressive RK can be. He’s our little spitfire so we’re excited about him.”

Sixteenth overall pick Taylor Browne played for three minutes and 54 seconds, but went scoreless. That, though, is the least of Cariaso’s concerns. He knows that all the new kids can learn even more from their first game.

“They’ve been working hard every day at practice. Wala kaming masasabi sa attitude that they bring in each and every day,” he said.

‘Ready sila. They’re giving their best, and they’re asking a lot of questions because they wanna learn. So that’s all you can expect from rookies, and I think they’re off to a good start.”