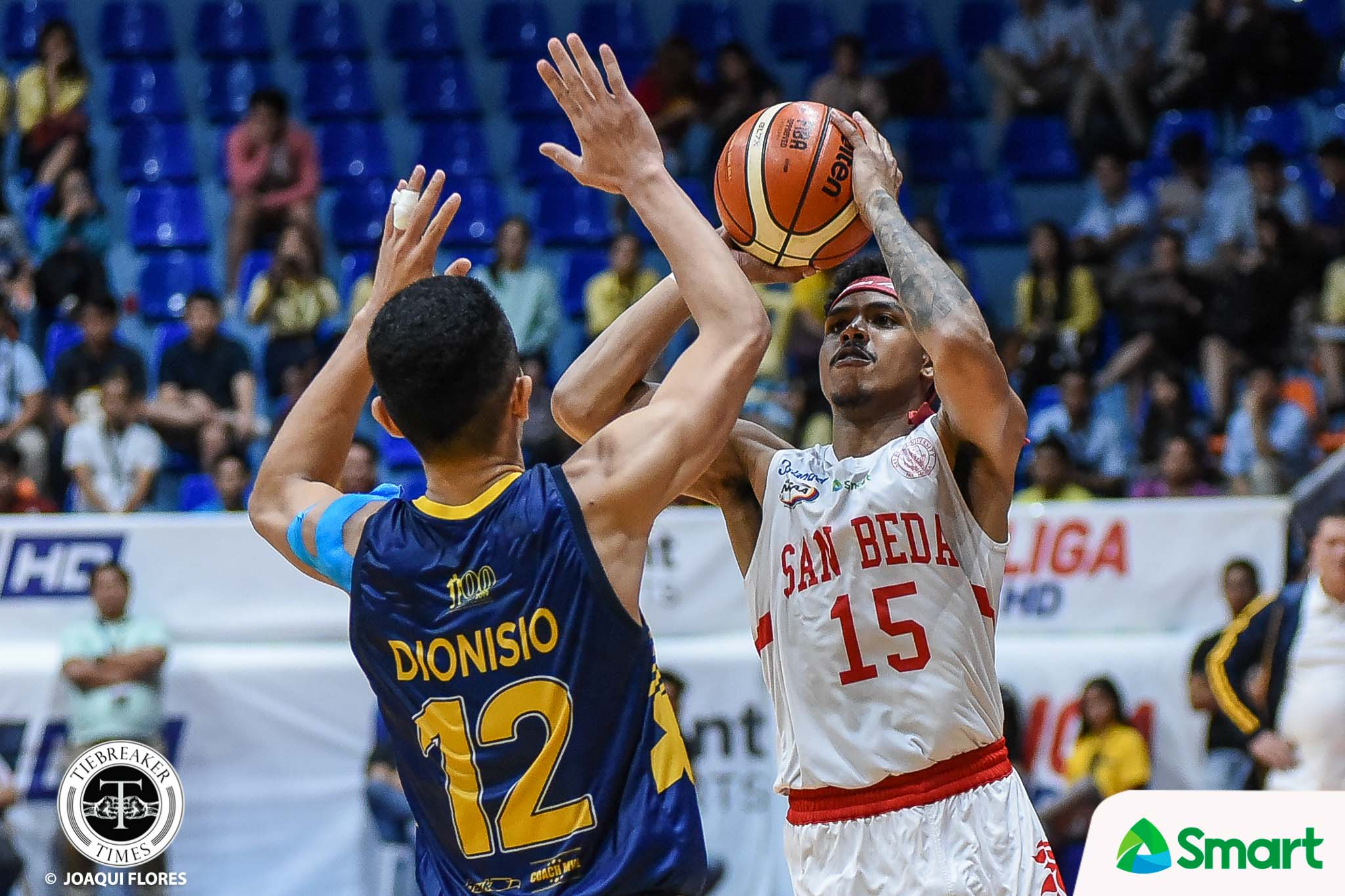 After a lackadaisical first half, James Canlas made sure to wake San Beda up, leading the defending champions’ second half surge against Jose Rizal University and take a 65-47 triumph, Thursday at the Filoil Flying V Centre.

Canlas had 18 points in the contest on an efficient 7-for-12 shooting clip to go along with seven rebounds and two assists.

Together with Calvin Oftana, the duo scored 17 points in the third canto to atone for San Beda’s dismal six-point second frame.

In the final stanza, San Beda zoned in on defense, limiting JRU to just four points to cruise to 12-0 in the NCAA Season 95 Seniors Basketball tournament.

Oftana had 12 points and seven rebounds while Evan Nelle added 11 points, four assists, and two steals. Donald Tankoua chipped in 10 markers for San Beda, who shot just 42-percent from the field and 57-percent from the charity stripe.

JRU, who dropped to 4-8, was led by Agem Miranda’s 14 points. John Amores added 11 points for the Heavy Bombers.

San Beda goes for lucky number 13 on Tuesday, September 24 when it takes on San Sebastian at 12:00 nn. JRU, on the other hand, looks to keep its playoff hopes alive as it faces Mapua on Thursdya, September 26.

READ  The hits just keep on coming for Bolick