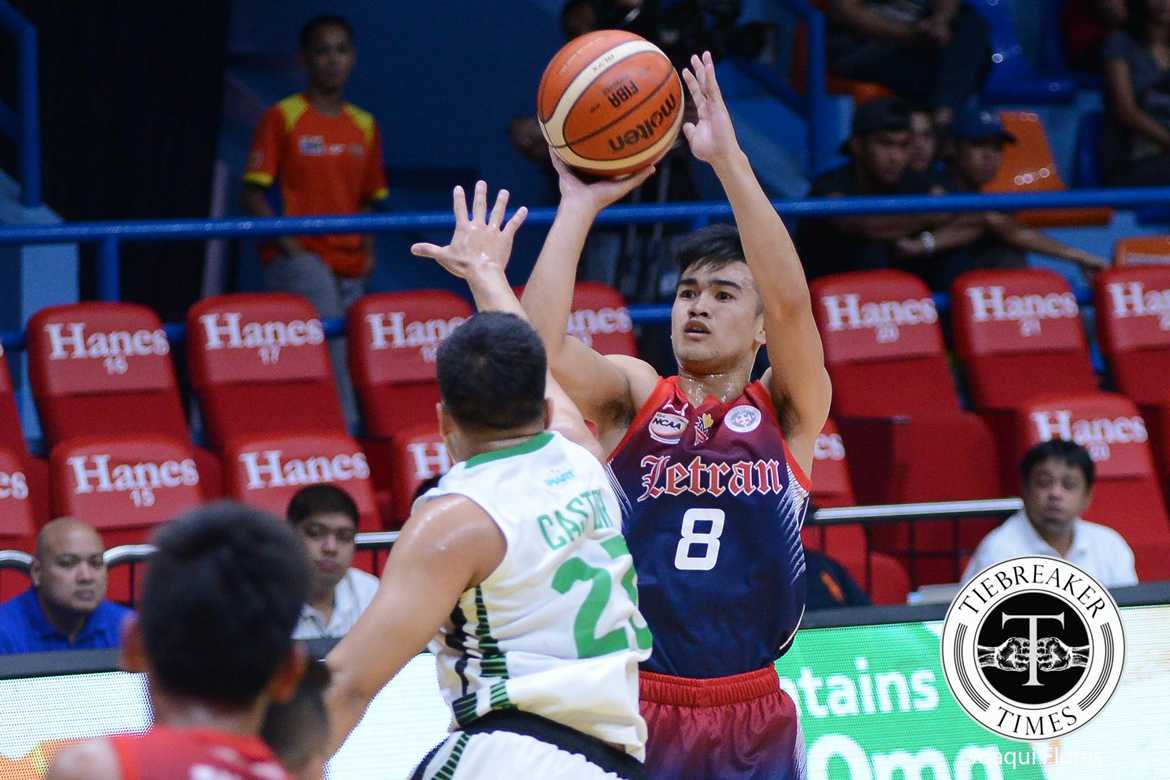 The defending NCAA champions bucked a slow fourth quarter in making the stops and clutch plays as the Knights staved-off the College of Saint Benilde Blazers, 56-52, to gain solo 4th in the NCAA Season 92 Seniors Basketball tournament.

Jom Sollano, coming off the bench for the third straight game, led the Knights with 16 points on 7-for-10 shooting and nine boards. JP Calvo and Bong Quinto chipped in 11 points apiece.

The Knights torched the non-existent Benilde defense at the start of the third frame. Behind Calvo, Letran went on a 13-3 run to gain the biggest lead of the game, 42-38, with 3:38 remaining in the quarter. The Green and White though made a living from the foul stripe to close out the quarter on a 9-0 run to stay in the game.

Slowly, the Blazers were able to chip the Letran. With 2:03 remaining, the Taft cagers were able to cut the lead to just four, 52-48. After a timeout, Felix Apreku was able to drain a jumper to beat the shotblock. A 24 second violation by the Blazers led to a basket by Calvo with 13:2 ticks remaining to seal the game.

Clement Leutcheu was the only Blazer in double-figures. He notched a double-double with 11 points and 13 boards. Christian Fajarito and Carlo Young chipped in nine markers each.

As a team, the Knights shot 39 percent from the field but Benilde shot even at a worse rate at 35 percent. Moreover, Letran was able to drain five triples in the game while the Blazers went 0-for-10 from downtown.

JP Voltes aspiring to make a mark in debut season