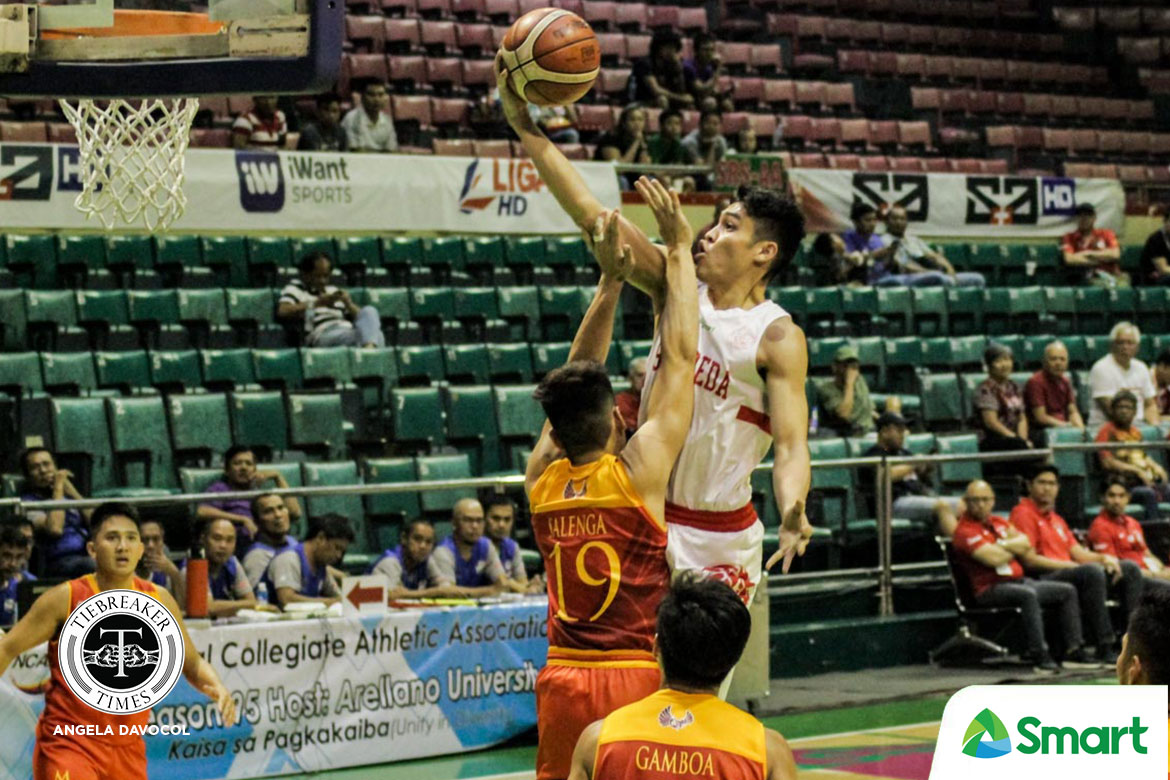 Calvin Oftana and the San Beda University Red Lions bucked an upset attempt by the Mapua University Cardinals, taking a 69-60 win to sweep the first round of the NCAA Season 95 Seniors Basketball Tournament, Friday at the Cuneta Astrodome.

Oftana – who has been having a spectacular campaign so far – had 24 points and 12 rebounds in the contest.

And the native of Negros Occidental was pivotal in the final frame, providing backbreaking buckets when Mapua tried to creep in.

With only a point separating them from the gutsy Cardinals, Oftana and James Canlas connived to spark an 11-3 run which gave the Red Lions an eight-point cushion, 57-49.

Mapua though was able to trim the deficit to six with 4:22 ticks left in the game. But that’s the closest they can get e as Oftana completely slammed the doors for Mapua after draining a three-pointer which extended San Beda’s lead to nine, 65-56, with 2:54 left in the game.

“If you see what Mapua did to us, again it’s a perfect game plan for Mapua, they stayed close with us and I think that’s a lesson for everyone especially in this team in San Beda,” said San Beda head coach Boyet Fernandez.

Despite entering the second round with a 9-0 slate, Fernandez hopes that this game serves as a call to action for the defending champions.

“You really have to prepare every game, you don’t really underestimate any other teams I hope it’s a wake-up call for everyone especially my players. This season is not an easy one for us,” he added.

Mapua ended the round with a 3-6 slate.

Pumaren on Valandre Chauca: ‘He’s a one-and-done player that you can really invest in’