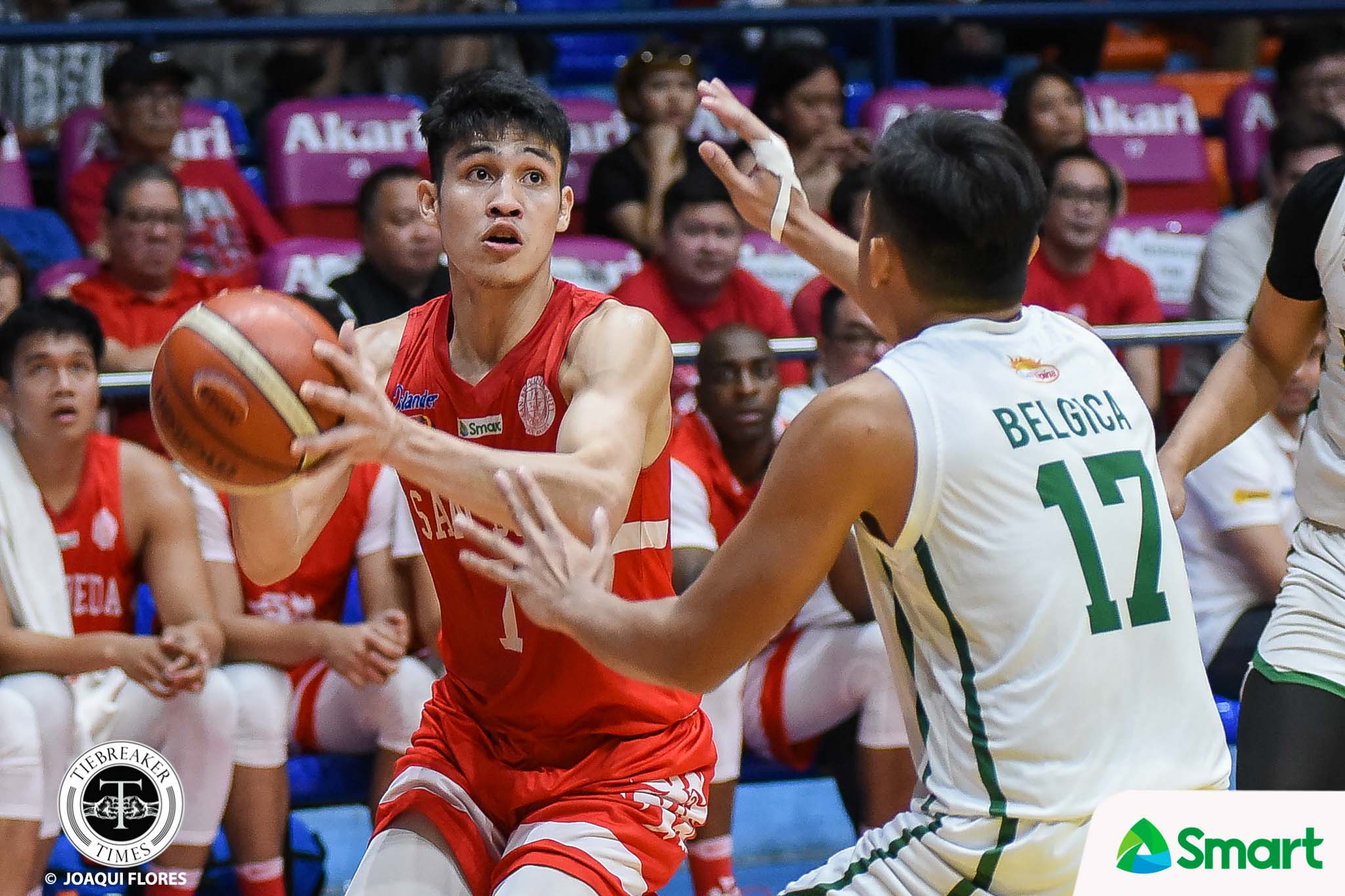 The leading Most Valuable Player candidate scored 14 of his 29 points in the third canto that turned a one-point halftime deficit into a 14-point lead heading into the final frame.

The fourth-year Red Lion also tallied nine rebounds and five assists, waking up San Beda from a first half slumber.

Peter Alfaro put on the finishing touches, scoring all nine of his points in the final frame to help San Beda gain a lead that went to as high as 28 points.

Benilde, who was sent to the brink of elimination with a 7-9 slate, was led by Justin Gutang 23-point, five-rebound outing.

No one else scored in double-figured for the TY Tang-mentored squad.

San Beda will go for the sweep on Thursday, October 17 against the Lyceum Pirates. CSB, on the other hand, faces the JRU Heavy Bombers on Tuesday.