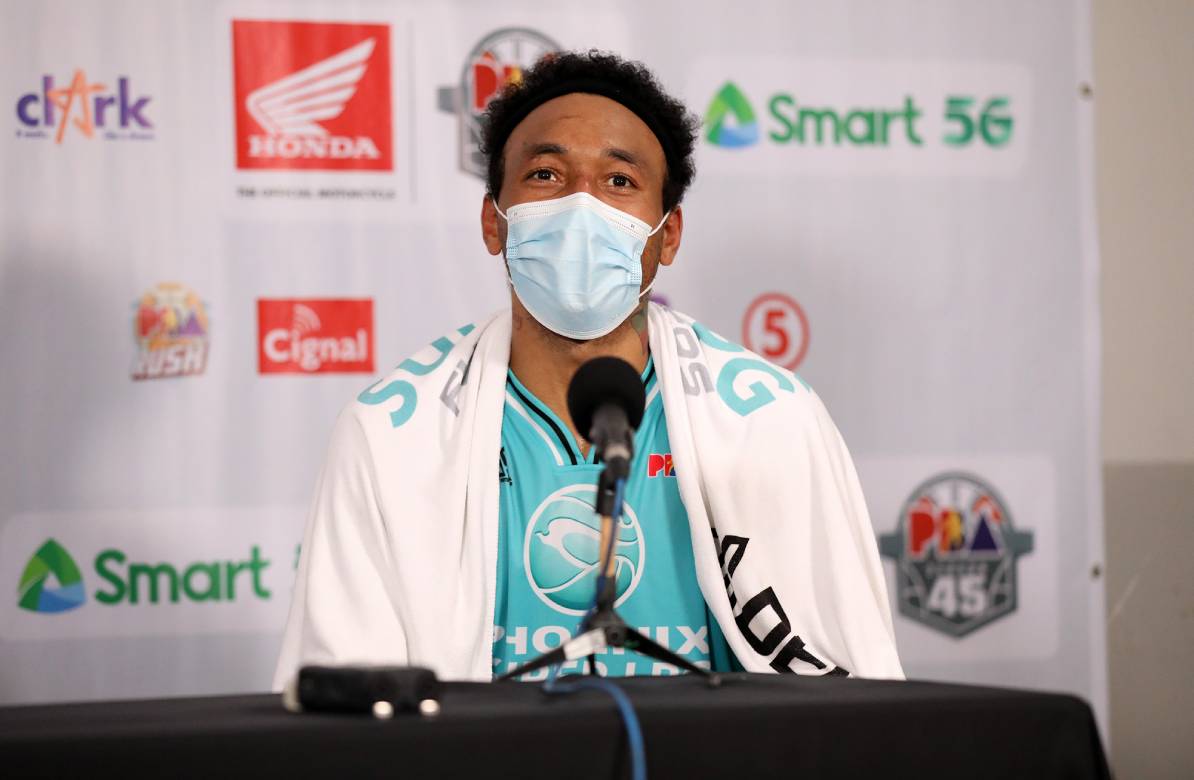 He checked in at the 7:32-mark of the opening period for JC Intal. But just 10 seconds later, he was whistled for an offensive foul while attacking the rim hard and looking for his first bucket.

Abueva tried once more through a lay-up with 6:18 to go, but he missed. And it was the same result when he fired a jumper with 5:50 on the clock. Chalk up three failed attempts on his part.

Others would likely feel frustrated with such a start. But the Kapampangan cager wanted to prove that a different Beast returned to the PBA. So he simply looked for ways to calm himself down.

And then, he suddenly remembered his inspiration; his reason for being on the court — his family.

“At para sa anak ko rin ‘tong ginagawa ko,” added the 32-year-old forward, who is a father to five children.

That clearly helped him stay on track. Abueva finally made his first basket at the 5:25 mark after a strong drive to the hoop, and that got him going — much to the benefit and, of course, the delight of the Fuel Masters.

And Abueva showed the nerves of steel that have made him one of the top forwards in the league when he made a floater with 42.4 seconds left to stretch a one-point lead to three, 110-107.

It gave the Fuel Masters the edge they needed. They went on to reign triumphant, 114-110, to collect their fourth win in six games and to give their beloved brother the welcome he deserves.

Abueva finished with 21 points, 13 rebounds, and seven assists in over 30 minutes of play in a truly impressive return. But beyond his own outing, he’s proud that they pulled off the thrilling victory.