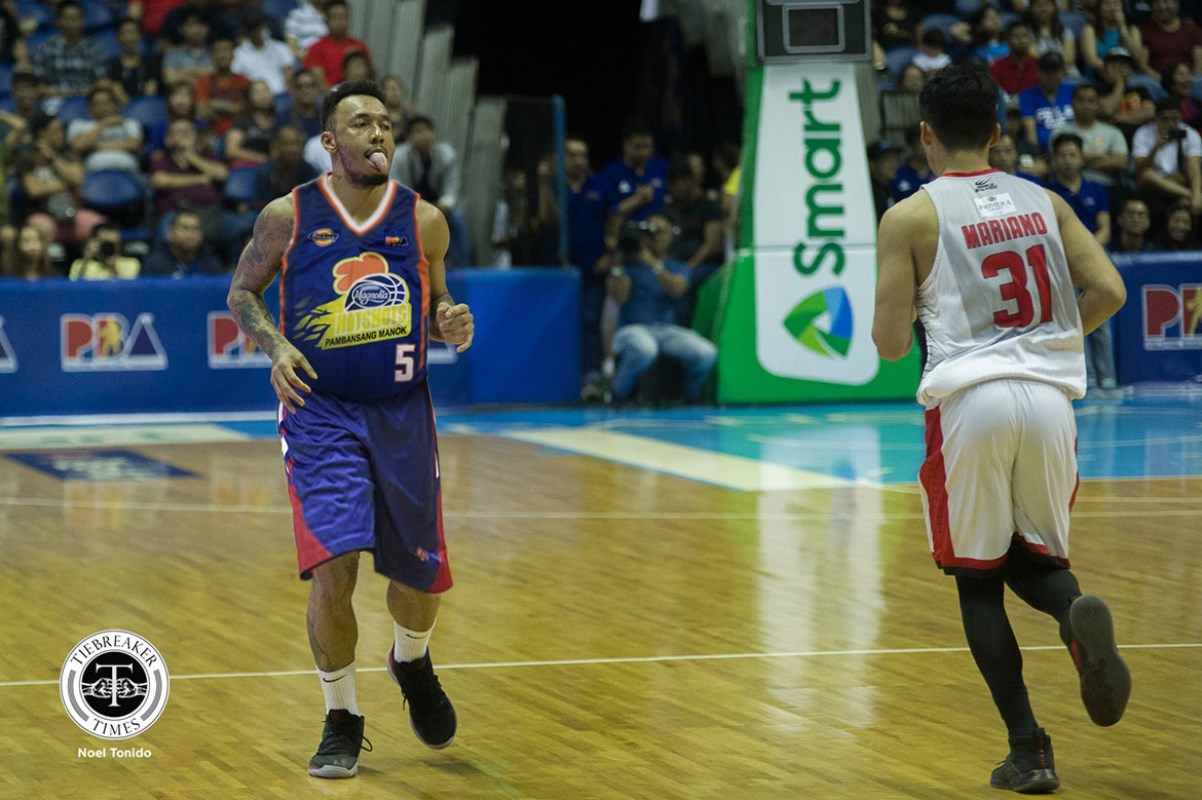 Calvin Abueva had always been one of the Barangay’s favorite targets. But now he will definitely be public enemy number one.

The 33-year-old just added more flavor to the clash between the sister teams yet bitter rivals when he arrived to Magnolia Wednesday after a trade from Phoenix Super LPG for Chris Banchero and two 2021 draft picks.

“Ang sarap kaya maglaro ng ganon. Sobra,” he told 2OT, presented by SMART hours after the deal was made public.

Abueva isn’t new to playing rivalry games before jam-packed crowds. He experienced as much in his college days, whenever his San Sebastian locked horns with San Beda in the National Collegiate Athletic Association.

And in the pros, he had it during his time with Alaska, when they faced San Miguel both in the 2015 and 2016 Philippine Cup Finals. There, he also had some physical encounters with fellow Kapampangan Arwind Santos.

Both series went down the wire but Abueva and the Aces, unfortunately, lost on both occasions. That includes the infamous ‘Beeracle’ in 2016 where the Beermen came down from 0-3 down on their way to the championship.

But then again, the Ginebra faithful have always jeered Abueva, especially when Frankie Lim was at the helm back in 2015. Well, Abueva made sure to toy with the NSD nation in return whenever he had a chance to do so.

Now he gets to be a part of a rivalry that has become, well, classic in every sense of the term. However, Abueva hopes that by the time he plays in a Clasico, the most important element of a rivalry is there: the crowd.

#ReadMore  Alaska shoots lights out, annihilates Rain or Shine by 26

Fans aren’t allowed in venues yet as mass gatherings remain limited due to the ongoing novel coronavirus (COVID-19) pandemic.

Still, Abueva doesn’t want to look too far ahead. All that he aims now is to learn everything about Magnolia – from its system to the culture.