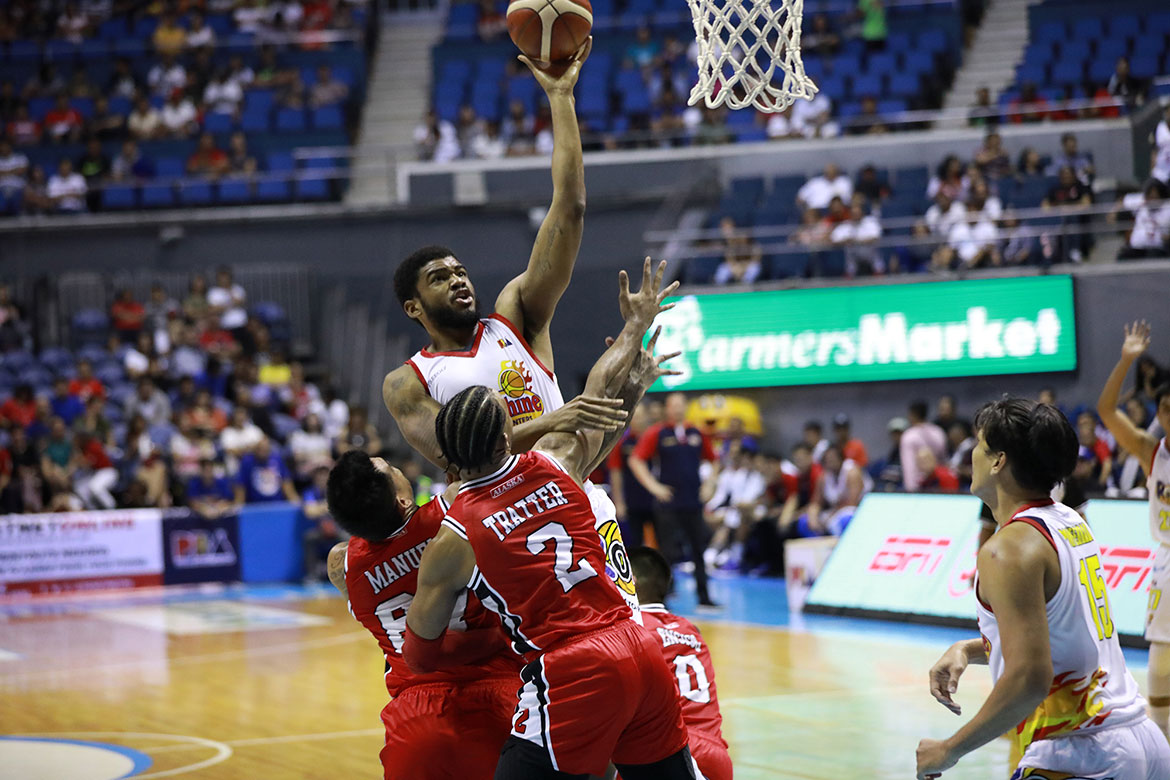 Rain or Shine head coach Caloy Garcia said that an import change is possible after the Elasto Painters absorbed their fifth loss in six games in the 2019 PBA Governors’ Cup on Sunday evening.

Import Kayel Locke was the only double-digit scorer for the Elasto Painters, with 25 points on 43.8-percent shooting along with 10 rebounds. It wasn’t enough, though, as they bowed to the Alaska Aces, 71-78.

Even with those numbers, the outspoken bench tactician was far from satisfied with Locke, whom Rain or Shine brought in as the replacement for original import Joel Wright.

“The problem for today, I think, was communication. Lots of lapses that happened. I even asked the import, ‘Do you know what we were doing?’ and he was confused,” Garcia said. “Lack of communication, both sides. Locals and import. I told them when you’re playing inside the court, you have to communicate with each other.

“Ang lapses namin doon is when we were back in the game [from being down by 12 points], we went with an all-local lineup. When he came in, nag-iba ‘yung takbo na naman namin.”

Garcia said that they will take a look at Sunday’s game tape. From there, they will decide the fate of the 25-year-old, who is currently averaging 22.3 points, 9.6 boards, and 2.0 dimes.

“We’re gonna review the game tape tonight, and probably decide if we’ll stick with him or we need somebody else.”

Asked if they already have someone in mind should they decide to replace the 6-foot-5 forward, Garcia said that they might also take look at the imports who have previously played for them.

“We’re actually gonna look right now [at] ‘yung mga import na binibigay sa ‘min — even the past imports who played with us — kung sino ‘yung magiging available at the same time,” he said.

“Most probably, whoever’s the closest one,” admitted the third-year Elasto Painters chief mentor.

Part of the criteria for their next import — if ever — is a better presence inside, which could then help them maximize their guard play led by Rey Nambatac and Javee Mocon.

“I think we need more of an import who can play on the inside kasi nawawala ‘yung mga touches ng mga guards namin, and we know our team’s strength is supposed to be at the guard spot.”

Belga slapped with 20K fine for hit on Perkins