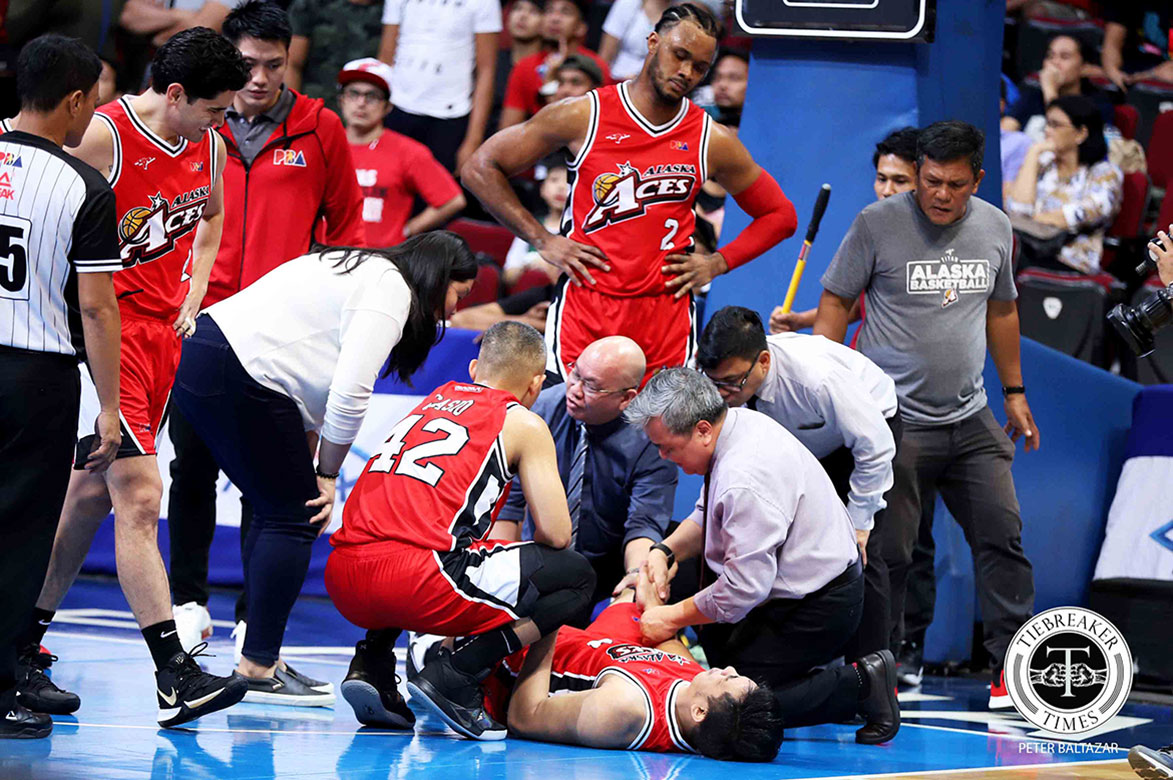 The veteran forward suffered the said injury at the 11:02-mark of the final frame after he landed awkwardly following a hard drive to the basket. Baclao grimaced in pain, then had to be stretchered out of the playing court.

“Really saddened by Noy. We never want anyone to get hurt,” said Cariaso after their 110-117 loss. “Right now, until we see the MRI, we don’t know exactly what’s happening with his knee. Ang alam nating sigurado is he hurt his knee bad.

“So to what extent, what exactly did he injure, we’ll find out tomorrow.”

Asked if he is bracing for the worst, Cariaso said he is praying that nothing serious will happen to the nine-year league veteran, who is currently in his fourth year with the Aces.

“I’m praying that it’s not bad. But it looked bad and it felt bad,” he said.

“We’ve seen a lot of knee injuries in the past, so we can already assume what it could be. Pero like I said until we see the MRI we’ll be sure. We’re not sure yet.”

Despite 30-20 game, Khaspri Alston still not at his peak