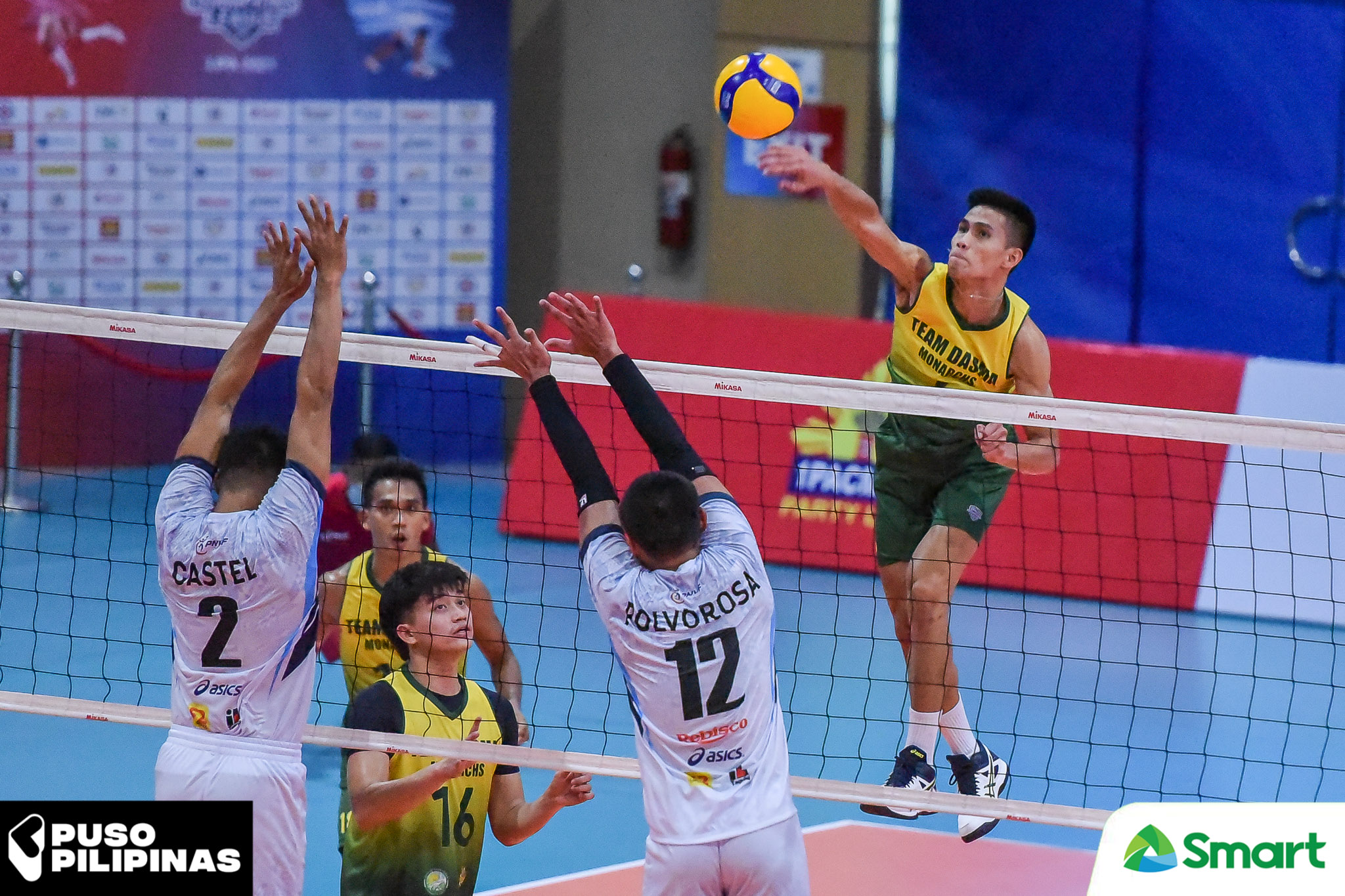 With the scores locked at 12 in the final set, Jayvee Sumagaysay blocked Joshua Zareno to give the Monarchs a one-point lead.

Sumagaysay stepped up once again, scoring on a quick to put Team Dasma at match-point.

Another block from the Monarchs ended the match.

The Monarchs moved to 1-0 in Pool B, tying MRT Negros.

Meanwhile, Global Remit is now tied with Sabong International at the last spot in the same pool. The two have identical 0-1 cards.

Team Dasma looks to make it two in a row against MRT Negros on Tuesday at 10:30 AM. Meanwhile, Global Remit will try to take its first win against Sabong International on the same day at 4:00 PM.