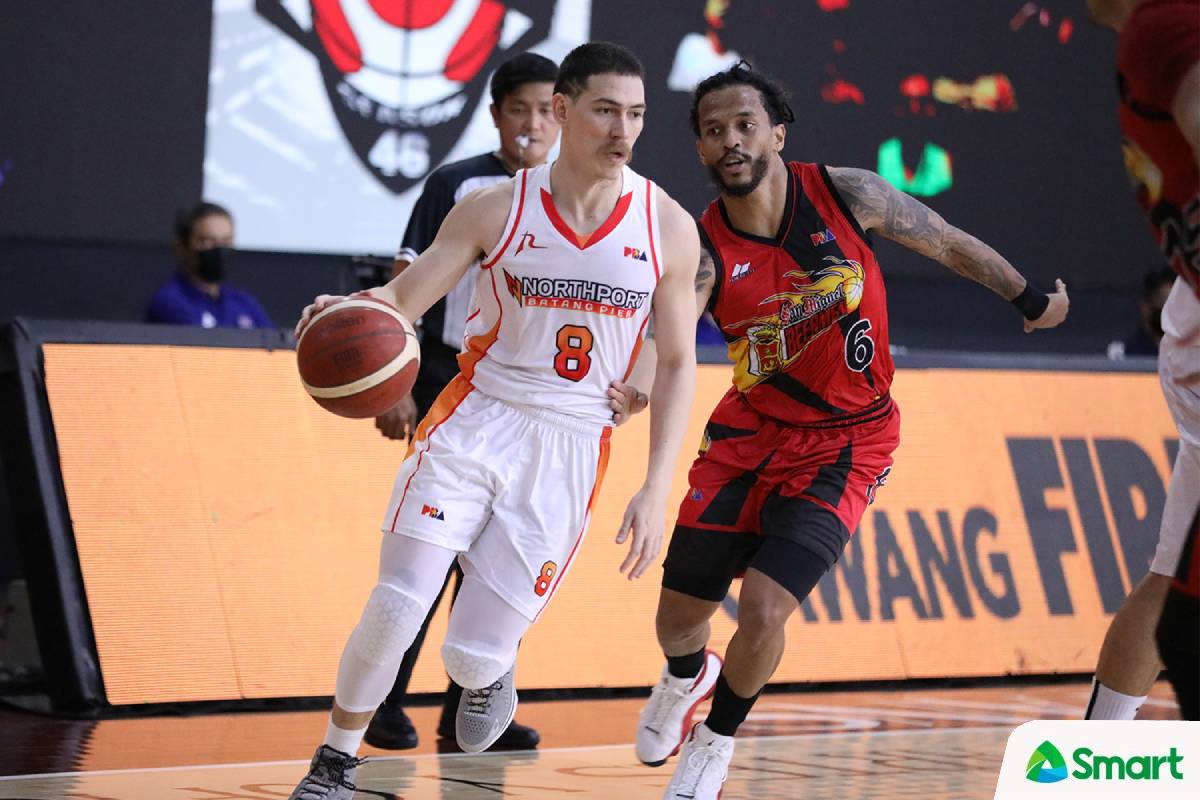 Alex Cabagnot has been aware of Robert Bolick’s exploits in the PBA semi-bubble, particularly the long, jaw-dropping three-pointers he’s been taking.

So, it did not come as a surprise anymore for the veteran guard that the young gunslinger made one late in Game One of the Honda Philippine Cup best-of-three quarterfinal series between San Miguel and NorthPort, Sunday.

“I’ve been watching the games. He did that against Alaska last game. I mean, I follow. I follow naman,” he said.

Bolick made social media abuzz when he swished in a triple almost from midcourt with 5.1 seconds remaining to give the Batang Pier an 87-86 lead.

Some netizens compared that shot to the one Damian Lillard made in 2019, which helped the Portland Trail Blazers finish off the Oklahoma City Thunder in Game Five of their first-round series in the NBA Playoffs.

The San Beda great was truly in takeover more for his team during the final moments. Prior to that booming trifecta, he converted a three-point play to trim the gap to just a solitary point with 1:05 remaining.

“I think he’s scored the last six points of the team – and-one, and then a three-pointer, and while going up against a great defender. I mean, Chris Ross is one of the best, if not the best guard defender in PBA history.

“So when he made that shot, you know… It just a testament to his hard work also,” Cabagnot offered.

However, Bolick’s heroics have become an afterthought. And the 38-year-old himself was the reason why. He made the game-winning jumper with 1.5 seconds left in the game to give the Beermen the 88-87 victory.

Still, Cabagnot has nothing but praises for the third-year guard, who’s in the top three of the tight Best Player of the Conference race.

“Hopefully, he continues and continues his hard work,” added Cabagnot.

“We’re seeing it now, and hopefully we can see more of it in the future.”