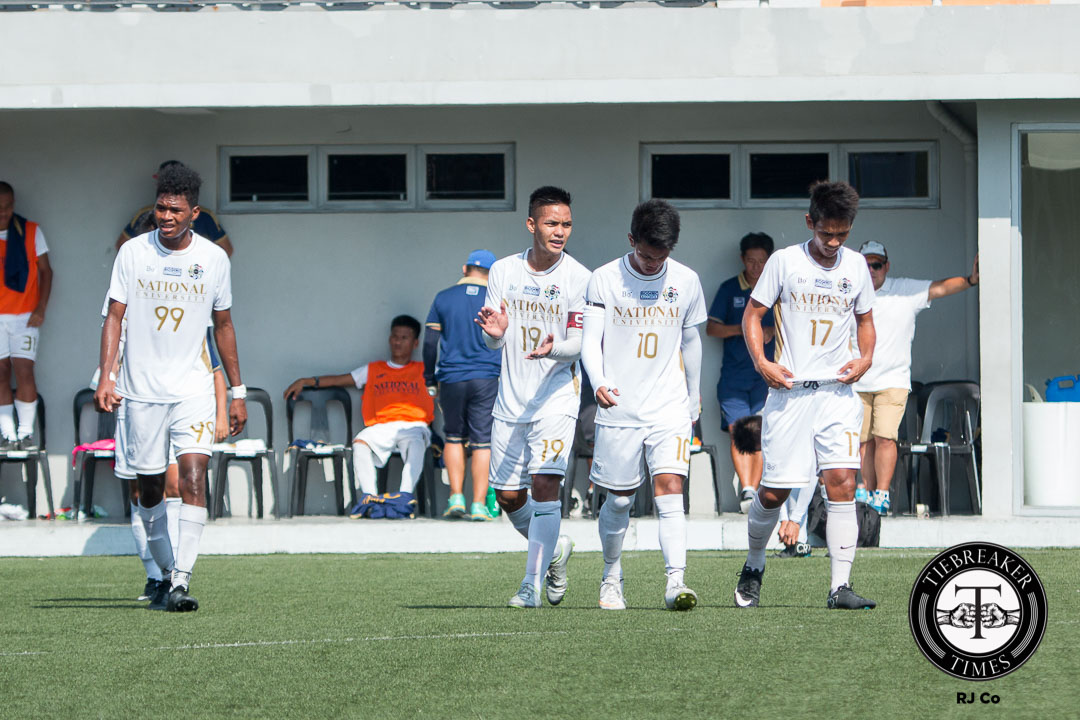 The National University Bulldogs have started the season on a high by winning their first two assignments of Season 78. Last year’s fifth placed team has been determined to improve their fortune this year by barging into the final four, at the very least. Having already played last season’s bottom two teams, the Bulldogs are bracing for a tough set of games ahead that begins tomorrow against Season 77 champions, the Far Eastern University.

They currently sit on top of the standings. Equal on points with De La Salle University, the Bulldogs are narrowly ahead due to better goal difference. But results aren’t everything, and Laranas believes there are still things needed to be improved. He prioritizes making last year’s system work with the current roster. While yet to be convinced by any of their wins, the Bulldogs’ tactician is hoping the boys will step it up for them to sustain their promising start.

The Bulldogs are set to take on the rest of the top five towards the end of the first round. Last year, they picked up 13 points from a possible 30 against those teams. It was an impressive record coming from a team that finished had sixth in Season 76, but it wasn’t good enough to make it to the Final Four. On that note, NU captain Paolo Salenga feels proud of his team for staying hungry in their hard-earned win over Adamson.

READ  National U slams hapless UE for bounce back win

A stern test awaits them this midweek as they face the reigning champions. NU split their meetings last season with the Tamaraws. They plan to build on the momentum they have right now alongside their impressive performance last year against FEU, a team that they have beaten in three halves last year. “Kumpiyansa naman kasi natalo namin last season FEU, pero hindi kami magrerelax. Sila ‘yung defending champions,” Salenga declared. Laranas, meanwhile, safely suggested that it will be an interesting battle, saying, “They [NU players] know the capacity of the FEU players. The FEU players know their capacity. We’ll see.”

NU’s pivotal encounter against FEU tomorrow will kick off at 4PM. It will be a live televised game set to be played at the Moro Lorenzo Football Field. It may be very early yet in the season, but a positive result could well set the tone of NU’s campaign as it progresses.