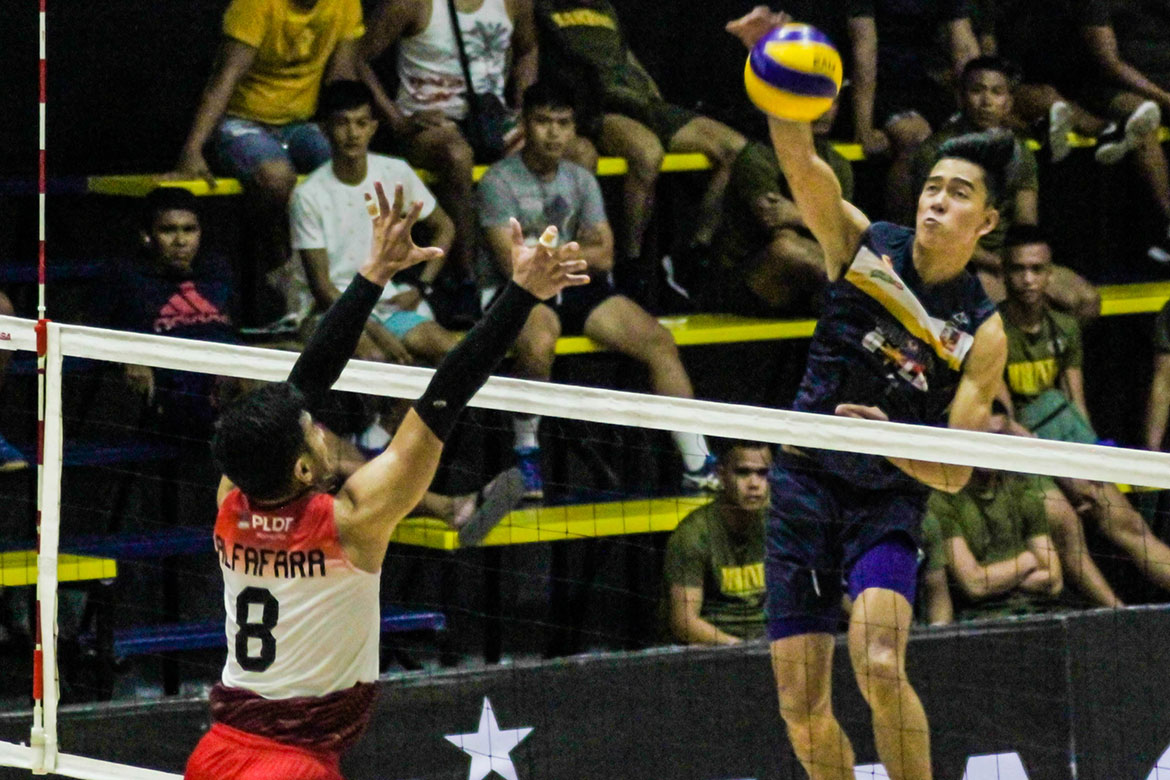 Playing their first game together in five months, the returning Bryan Bagunas and Ranran Abdilla connived as the Go for Gold-Philippine Air Force Jet Spikers asserted their mastery over the PLDT Home Fibr Power Hitters in a grueling five-set victory, 24-26, 25-23, 23-25, 25-21, 15-6, Tuesday at Paco Arena.

Down by one, 4-5 in the final set, a Jeffrey Malabanan block tied the game. From there, Bagunas went berserk and took over the game. He scored four consecutive points in a 10-1 run to clinch Air Force’s fifth victory in six games.

Later in the night, the Cignal HD Spikers stamped their class against the Volleyball Never Stops Volleyball Club (VNS VC) Griffins in straight sets 25-21, 25-17, 25-17, en route to their sixth win of the conference.

Cignal missed the services of Rex Intal as he is under the weather. Meanwhile, Espejo and Sumanguid are on a minutes restriction, as the duo have just returned from a trip from Japan.

Espejo only played in the third set, scoring three points.

On the other hand, Tony Koyfman had 13 points for VNS, who slid to a 2-5 record good for seventh place. Jeremy Merat and Pemmy Bagalay chipped in 10 and eight markers, respectively.

PJ Rojas ran roughshod on Navy, scoring five of his 21 points in the deciding set to bag the victory for the Army, who raised their slate to 5-2 and tied with PLDT at the fourth spot.