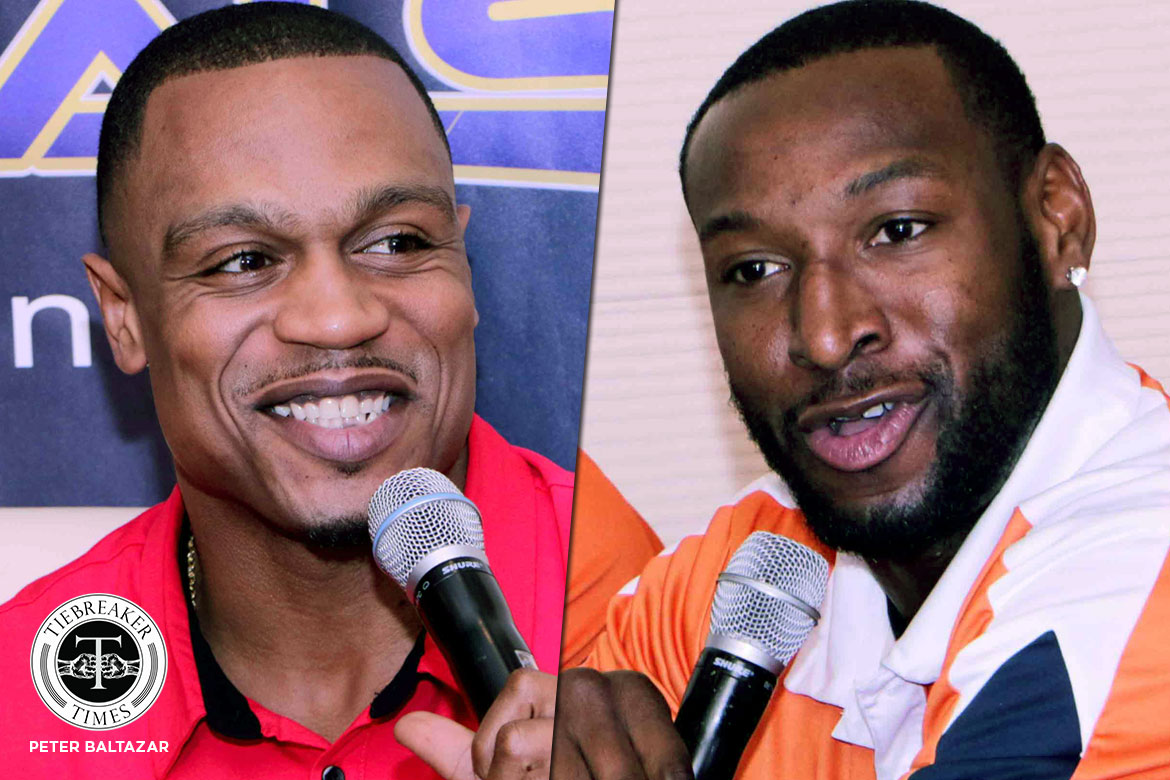 With the 2019 PBA Governors’ Cup Finals being pushed to 2020, all the protagonists from Ginebra and Meralco could not return home for the holidays because of the task at hand.

And this included imports Justin Brownlee and Allen Durham.

Brownlee, a native of Tifton, Georgia, and Durham, who resides in Wyoming, Michigan, spent Christmas and New Year’s day in Manila for the first time in their careers.

Still, they all had fun, even gaining a few pounds due to the festivities.

“There were a lot of sweets and snacks going around the team. They gave me a lot of gifts. Christmas was great. I like the atmosphere — reminds me a lot about the US. Everything felt like family. It was good,” quipped the 31-year-old Brownlee, who is a three-time PBA champion.

“Gained a couple of pounds, but LA said I lost weight.”

“It was nice. It was different not being around snow and cold, but it was very festive with the lights and everything. I had a great time,” added the 31-year-old Durham, who is a two-time Best Import.

“Probably ate a lot [more] than I should, but coach kept us doing stuff so I’m probably good with my weight.”

Now, Brownlee is motivated more than ever to beat Meralco.

Back in November 3, Ginebra received an embarrassing 77-101 loss at the hands of Meralco. It still stings for him up to this day.

“They beat us pretty bad. We played pretty bad, but we could do a lot of stuff we could be better at. We have to learn from that game and play hard,” said Brownlee, who had 18 points, seven rebounds, and three assists in the said game.

But for Durham, he and the Bolts can’t be too overconfident with the result since the Finals, which begins on Tuesday at the SMART Araneta Coliseum, is a whole different animal.

“It was nice to beat them but it’s a totally different situation now.

“We both had time off and the coaching staff had time to dissect each other. It’s going to be a competitive series so I’m excited,” Durham opined.