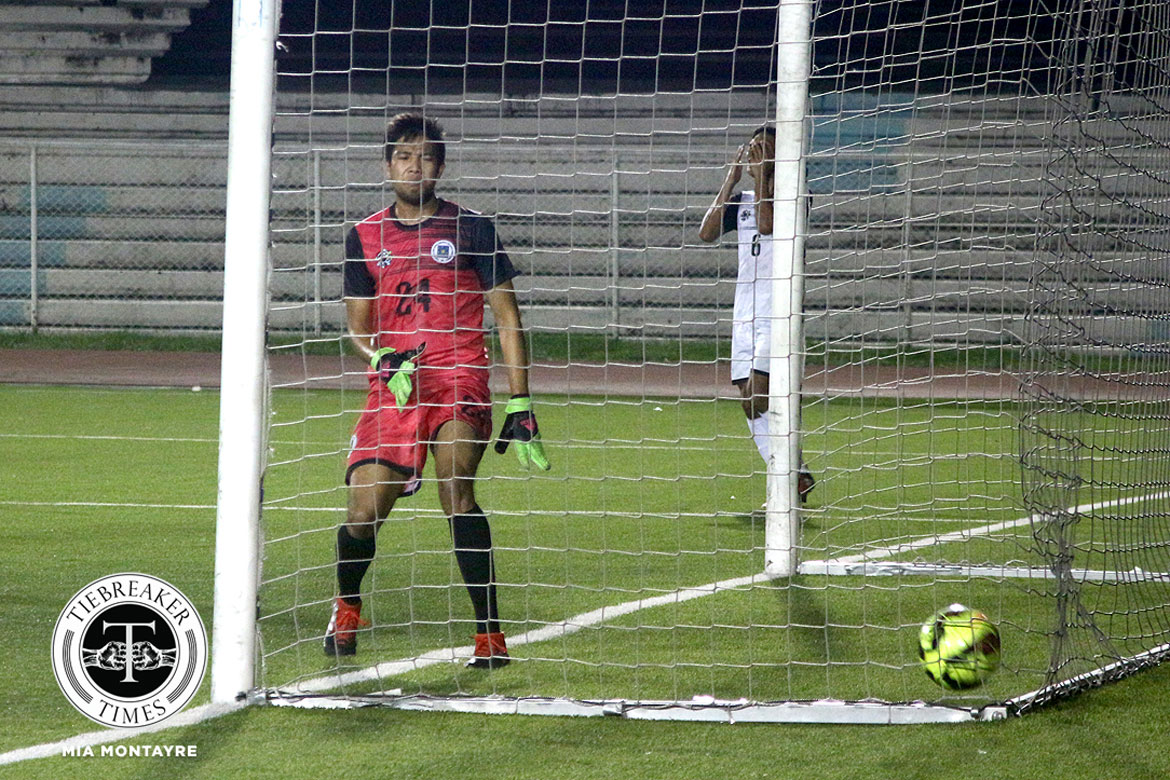 An unlucky own goal proved the difference between the Ateneo de Manila University Blue Eagles and the University of Santo Tomas Golden Booters, tonight at the Rizal Memorial Stadium in Manila.

Substitute Marvin Bricenio was brought on by UST coach Marjo Allado to help the Golden Booters get a goal, only for him to do it at the wrong end of the pitch in the 82nd minute. The result makes Ateneo’s entry into the UAAP Season 79 Men’s Football Tournament Final Four a finality, while UST still have a long way to go before they can book their post-season ticket.

After a goalless first half, It was UST who emerged sharper after the break. Renz Gumban forced a fine save from Ateneo goalie Jae Arcilla, while Jayson Rafol hit the side-netting afterwards.

The Ateneans took a while to get going, but they finally did so after the Thomasians’ quick spell of dominance. Ateneo continuously pounded the UST goal, as chance after chance went to naught. Substitute midfielder Carlo Liay and striker Jarvey Gayoso watched their attempts go over the UST goal.

Undeterred, the Katipunan school kept on passing the ball with veteran midfielder Julian Roxas spraying passes all over the pitch. From the center, the Blue Eagles pushed the ball wide in order to find holes in the Golden Booters’ defense.

In spite of the possession, Ateneo struggled to put a goal past UST. Jeremiah Rocha and Roxas’ attempts hit the Golden Booters’ bar. The Blue Eagles needed something special to break the deadlock, only for it to arrive in the most unfortunate of ways.

READ  George Pascua expects FEU to get stronger after another heartbreak

In the 82nd minute, the Blue Eagles delivered a ball into the Golden Booters box. The ball was initially cleared by a UST defender, only for it to hit Bricenio’s head, which then forced the ball into the back of the net.