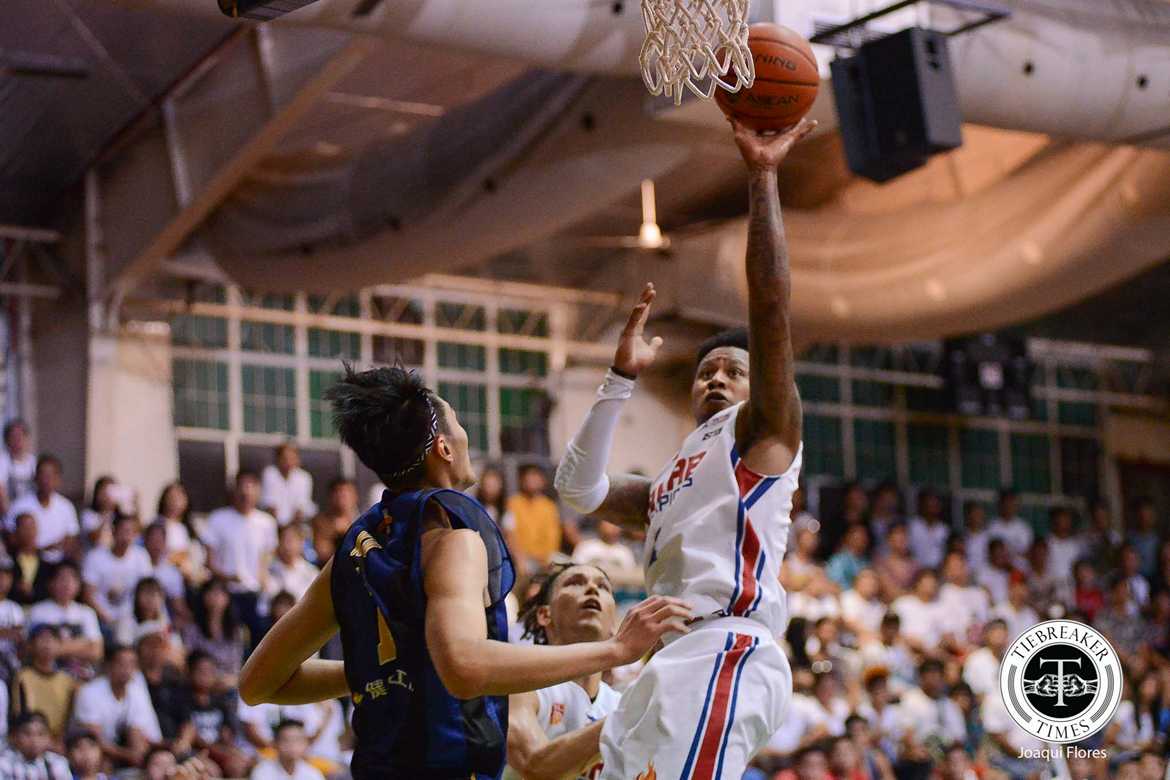 Alab Pilipinas buried visiting team Kaohsiung Truth down the standings of the 7th ASEAN Basketball League after sending them to their fourth straight loss, 93-87, and coast to their second win in a row Sunday night at the Olivarez College Coliseum in Parañaque City.

After scoring 30 points in their first encounter last Sunday, Alab’s undisputed leader Bobby Ray Parks, Jr. was once again the star of the show tonight, leading all scorers with 41 points by shooting 16 of 20 from the field while also grabbing 14 boards. Korean reinforcement Seungjun Lee produced 24 markers highlighted by three treys.

The Filipinos were sitting on a comfortable 12-point lead, 58-46, late in the third canto, but the Truth received much needed lift from the trio of Derek Hall, Chris Oliver, and Raymar Jose to slash the lead down to just a field goal, 62-60, in the 7:32 mark of the final period.

Kaohsiung had chances to tie things up but blinked in the most opportune time, allowing Alab to heat and up pull off a blistering 14-0 run anchored by Parks, Seungjun, and Dongjun Lee to post the game’s biggest lead at 14, 74-60, with less than five minutes remaining.

From there, Alab kept the Taiwanese cagers at bay, sustaining the upper hand all through out and weathering any Kaohsiung comeback attempts down the final minutes to preserve the seven-point victory.

But despite their second straight victory, Alab head coach Mac Cuan is not impressed with the way his wards played, talking about the inconsistent showing of his second unit.

“A win is a win, but I’m not really happy with the way we won the game,” stressed Cuan post-game. “We have to learn how to finish a game strong.”

When asked about his thoughts about Parks’ explosion, Cuan said that it’s already a given.

“Well Bobby Ray is Bobby Ray. It’s a given. That’s what you expect from him.”

The Philippine contingent did well as a team in tonight’s victory, especially on offense wherein they converted 52 percent of their shots. They also had 16 assists compared to Truth’s 14. However, they lost in the rebounding department by a wide gap, 45 to 36.

Newly-acquired ASEAN Heritage Import Raymar Jose had a decent showing in his debut with 12 points and seven boards, but his presence was cut short after he got fouled out midway into the final frame.

“He’s a ball of energy but his foul’s hurt us. We need him on the floor,” Truth head coach Tryston Lawrence said about Jose.

Moreover, he admitted that they gambled in defending Parks and the rest of Alab in this match.

Alab will have their first road game next Sunday as they face the Singapore Slingers in the OCBC Arena at 8 PM. Kaohsiung, meanwhile, will have a long layoff as their next match is set on January 7, 2017, against Saigon Heat.