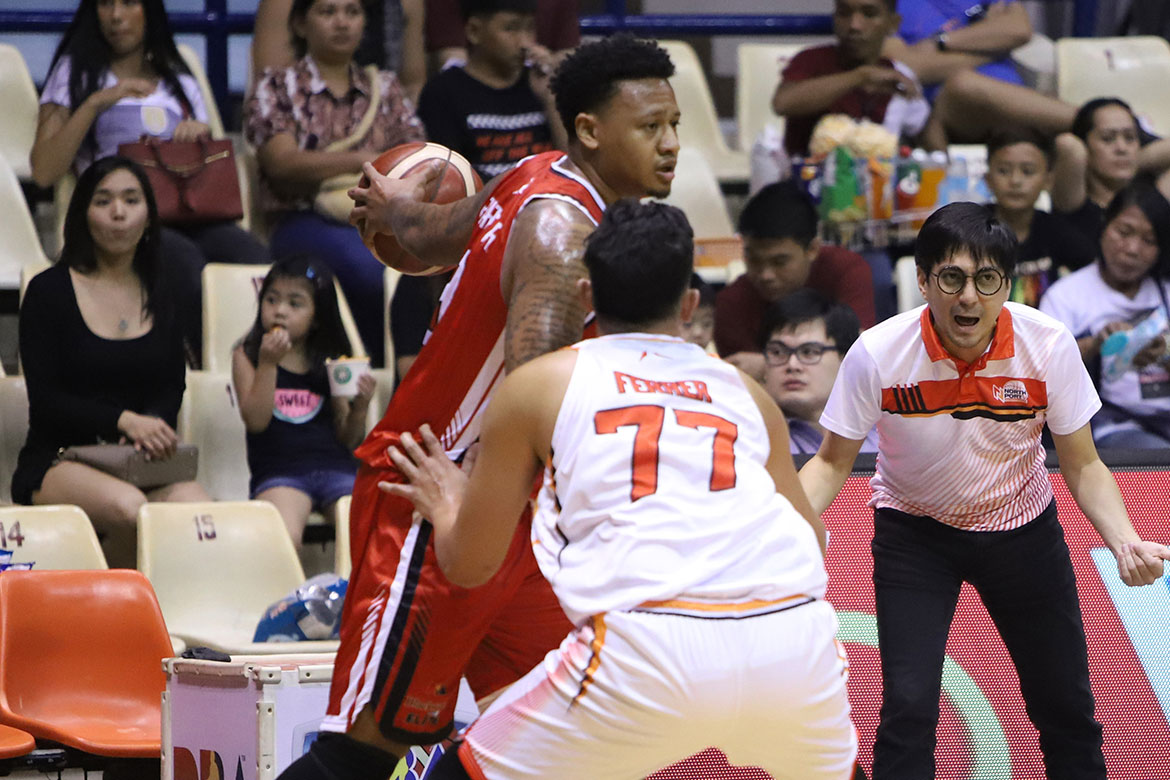 Blackwater weathered the NorthPort Batang Pier’s late-game rally to take a 107-98 victory and finally break through in the 2019 PBA Governors’ Cup, Saturday evening at the Ynares Center in Antipolo.

Ray Parks’ freebies with 25.7 seconds left to play plus Marqus Blakely’s block later proved to be the finishing touches for the Elite after their wide 18-point lead became just seven, 105-98.

Parks led Blackwater with 21 points, four rebounds, and two steals in the win that hiked the Elite’s card to 1-2.

Carl Bryan Cruz made his presence felt as well, finishing with 16 points, including 11 in the final frame alone. Backcourt partners Mike DiGregorio and Roi Sumang each had 14 points.

Blakely was all over the place for the Elite with 13 points, 14 rebounds, eight blocks, seven assists, and a steal.

“From being beaten by thirty by TNT, we got beat by six by NLEX, the challenge was to get a win,” said coach Aris Dimaunahan. “I just commend the guys for playing with good concentration.”

Mychal Ammons had 29 points and 17 rebounds to lead NorthPort, which lost its third straight game (1-3).

Robert Bolick almost had a triple-double with 14 points, nine rebounds and eight assists, Mo Tautuaa produced 12 points and 10 rebounds, while Nico Elorde had 12 markers as well in the defeat.

The loss spoiled the return of Sean Anthony, who sat out for three games as he recovered from the removal of bone spurs in his ankle. He had six points, eight boards, and five dimes.

The Batang Pier played without head coach Pido Jarencio as the veteran mentor was out with a flu. Rensy Bajar took charge for the team.

Blackwater will next take on Columbian (2-2) on October 11, Friday, at SM Mall of Asia Arena, while NorthPort will play TNT KaTropa (4-0) on October 9, Wednesday, at the Cuneta Astrodome.

Bobby Ray Parks Jr. announced Saturday that he is not taking part in the upcoming PBA season due to personal reasons. “It is with...