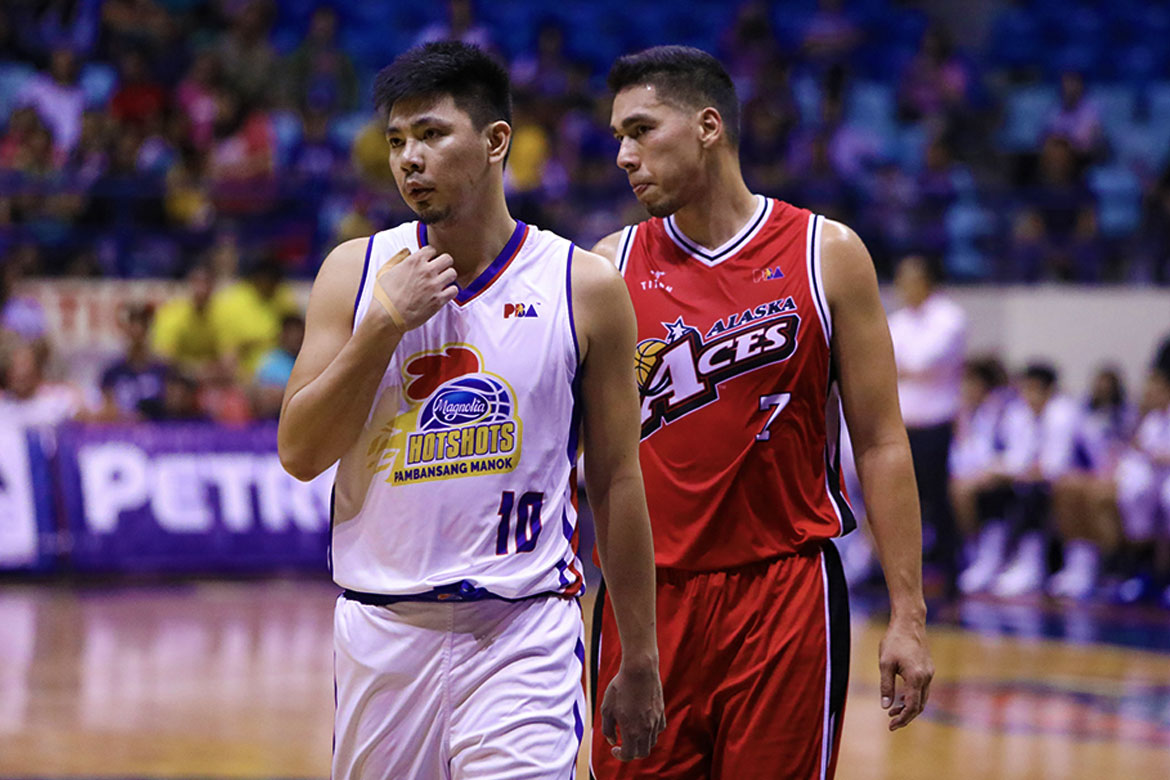 Ian Sangalang still remembers the pain he and the Magnolia Hotshots felt on Wednesday night when they lost hold of a double-digit lead and bowed to the Phoenix Pulse Fuel Masters by just two points, 87-89.

But instead of feeling miserable, Sangalang and the Hotshots decided to use that as extra motivation when they faced the Alaska Aces on Saturday night in a rematch of the 2018 PBA Governors’ Cup Finals.

And that paid dividends.

The 6-foot-7 Sangalang produced 24 points, 14 rebounds, and six assists and added three blocks in the 34 minutes he saw action. He powered the Hotshots to an impressive 103-86 victory over the Aces, to hike their win-loss card to 2-4.

Magnolia’s showcased their end-game poise in the win. When the Aces fought back from 19 down and knocked within eight, the Hotshots responded with a 17-4 rally to re-establish their dominance, 101-80, with 1:42 to play.

For Sangalang, that’s all because of their confidence in themselves that they can close out games.

Now that they have regained their confidence thanks to Saturday’s win, Sangalang likes his side’s chances in their last five games of the elimination round, where they aim to get a spot in the quarterfinals.