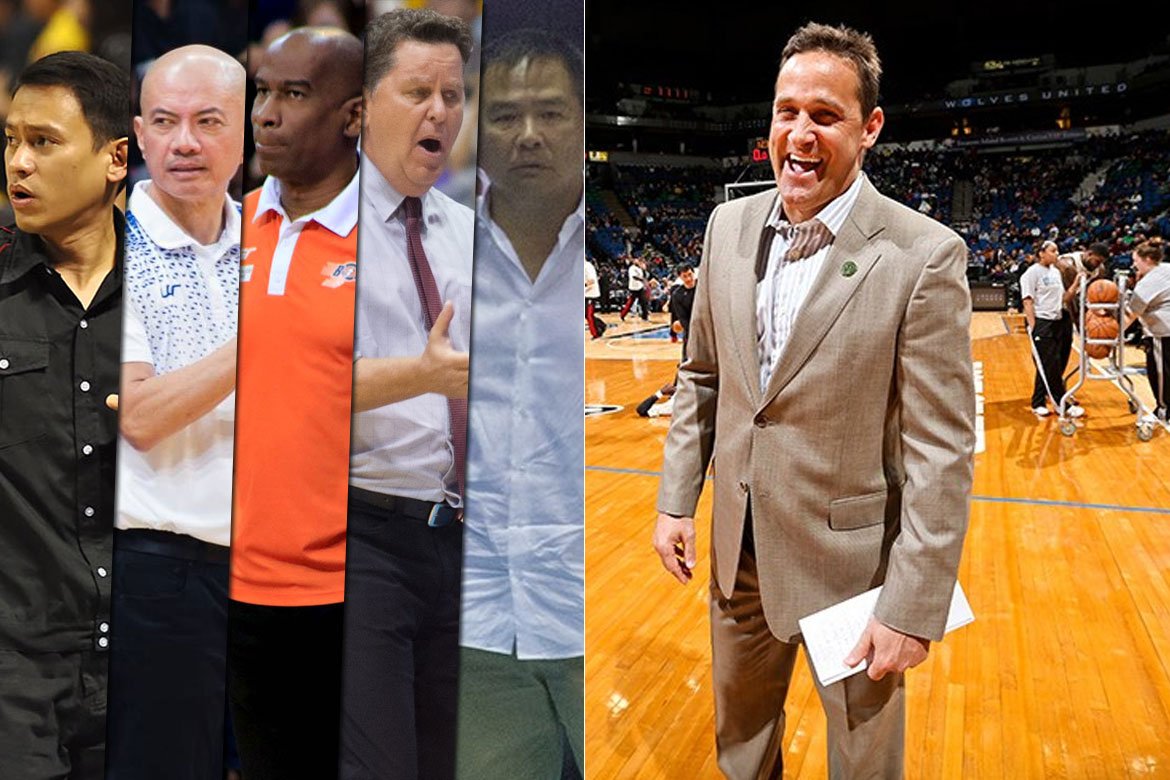 It has been nearly two decades but Bill Bayno has never forgotten the time he coached here in the Philippines.

The former Talk N Text chief tactician took a trip down memory lane of his PBA stint in the Hoop Coaches International Webinar, an online seminar for Filipino coaches hosted by Blackwater.

“I miss my time in the Philippines. I have good memories there. Really good memories,” Bayno said in the webinar, who has coach Ariel Vanguardia as one of the project’s brain trusts.

The American coach served as the Texters’ head think-tank back in.2002, and him being in that position was strongly opposed by the Basketball Coaches Association of the Philippines.

Bayno also became controversial when he made comments that the league is run by the San Miguel Corporation, in which he was slapped with a hefty fine that totaled PHP 200,000 — then a record.

Still, Bayno, now 57, has nothing but high regard to the Filipino coaches he had gone up against.

“I know a lot of ’em kicked my ass, I can tell you that. I have a ton of respect for the Filipino coaches,” he said.

Bayno recalled the tough battles he had against coach Tim Cone, where they had to defend the Triangle offense.

“I can remember the battles we had with Tim Cone and how to defend the Triangle where Ariel would put together the scout team,” he said as Vanguardia was one of his deputies in Talk N Text.

“They would run the Triangle and do all the different options and we will have our guys guard it.”

He also mentioned Chot Reyes and Yeng Guiao, who was the coach of the Red Bull squad that beat Talk N Text in the Commissioner’s Cup Finals in seven games, as among the best he faced.

READ  Yeng Guiao on early ejection: 'Sometimes you think you need to send a message to the referees'

“We talked about Yeng Guiao kicking my butt and Chot Reyes had my number. We always had a tough time. I think we might have beat Chot once when I was there. But it was fun,” he said.

Aside from his time in the PBA, though, Bayno also recalled vividly the time when the Dominican Republic and Gilas Pilipinas played in a scrimmage ahead of the FIBA World Cup in 2014.

Bayno also served as an assistant coach to the Dominican Republic men’s cage team and he can not forget that match — which they won — since it was marred by a near-scuffle in the first half.

“We actually had a fight in a game in the FIBA World Championships in a friendly game because the Dominicans are very similar — they’re tough, aggressive, they’re not afraid of anyone.”

Since his stint in the PBA, Bayno continued on with his coaching journey. In 2005, he went to the NBA and became an assistant coach for the Portland Trail Blazers and stayed there until 2008.

He returned to the Trail Blazers in 2009 to serve as an assistant to Nate McMillan following a year of coaching Loyola Marymount. Two years later, he joined the Minnesota Timberwolves.

Bayno then went to the Toronto Raptors in 2013. He was there only until 2015, as he decided to take some time off to undergo hip surgery since it had then been hobbling him for a while.

The former University of Nevada, Las Vegas head coach returned to coaching in 2016 as he joined the Indiana Pacers, reuniting him with McMillan. He is still with the team until now.

But no matter how far he has come, Bayno admitted that he still misses the moments he had here in the country.

“I really miss Filipino basketball,” he said. “I miss my days down there. They were a lot of fun and really competitive.

“There was nothing like going to the big arena there with 20,000 fans. I did not expect that when I came over there. The thing I love most about the PBA were how engaged the fans were.

“Like, when I would go to Starbucks or walk down the street, people would honk their horns and everybody would call me coach Bayno with the Filipino accent,” he added with a chuckle.