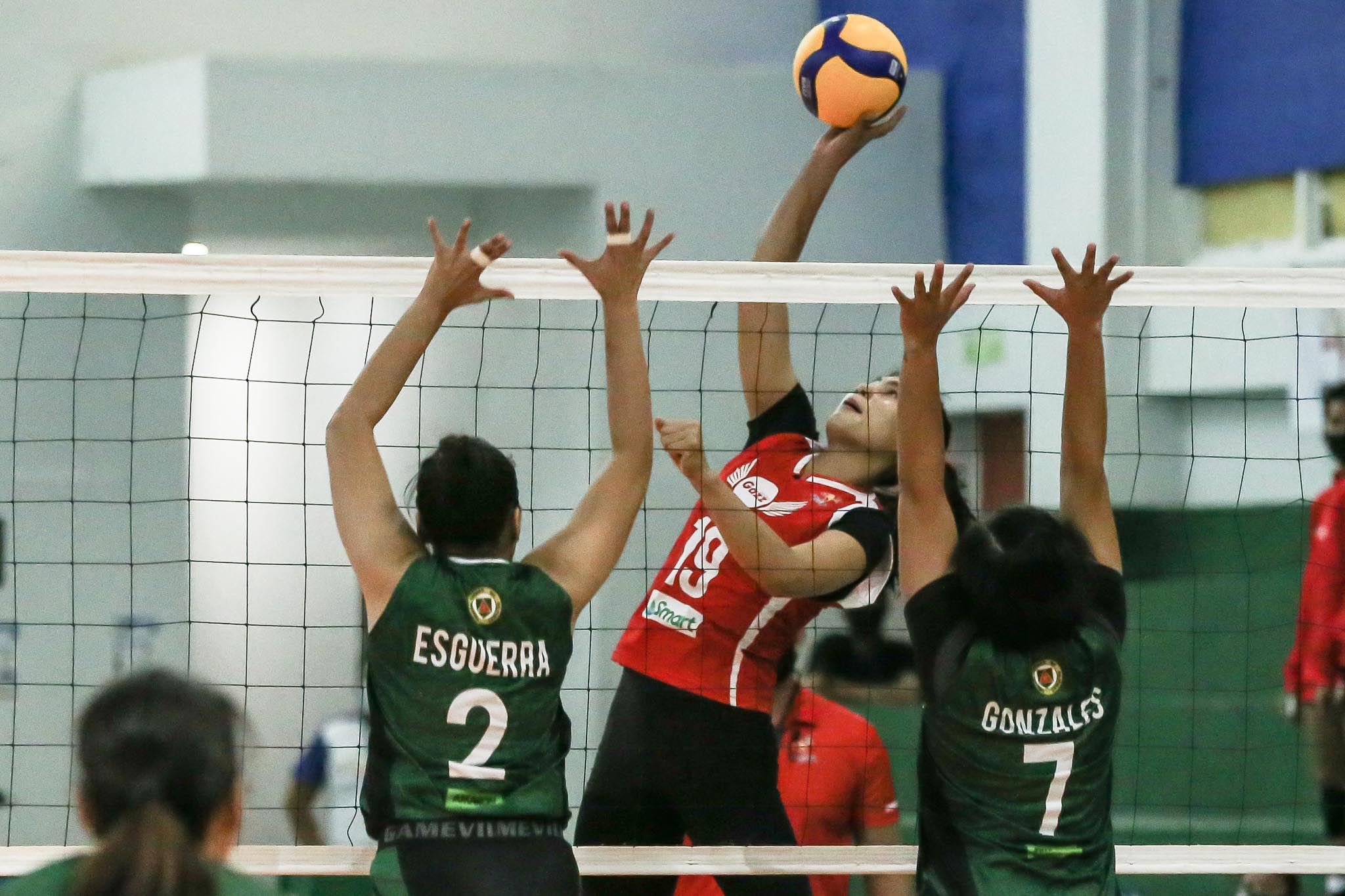 BACARRA, ILOCOS NORTE — Nothing, not even a brewing storm nor a tight jersey, could ruin Myla Pablo’s impressive Petro Gazz debut on Sunday here at the PCV Socio-Civic Cultural Center, Sunday.

Two days before the Angels’ debut against the Black Mamba-Army Lady Troopers, Pablo found herself in a dilemma after trying out her Petro Gazz jersey for the first time.

Come to the match proper, the Angels overcame a rocky start in the opening set to take a 1-0 advantage over the Lady Troopers, 25-19. Petro Gazz went on a 4-1 spurt in the second set before another unfortunate circumstance affected Pablo’s debut.

The playing court, due to the continuous raining outside of the arena, was deemed unplayable by league officials. It forced them to halt the game until the weather finally calmed down.

Already delayed by 70 minutes due to the same problem, the former National University skipper and her Angels had to wait almost four hours before resuming action.