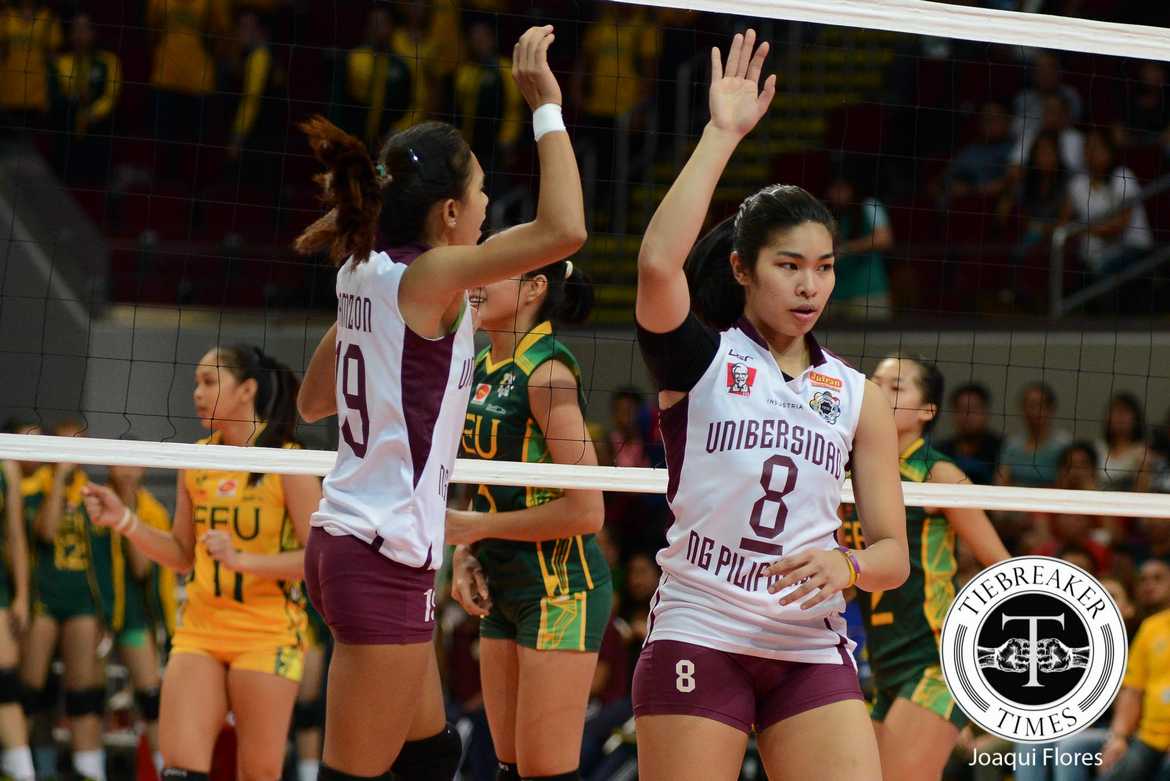 The University of the Philippines Lady Maroons ended their breakthrough season on Wednesday, bowing out to the defending champs Ateneo Lady Eagles in the Final Four.

It was UP’s first taste of the semifinals since 2003.

Technically, there weren’t any Lady Maroon who exhausted their playing years. But Iskos have a tendency to not use up their final year of eligibility.

Bersola also added that this team still can contend next season with a little more maturity and chemistry.

Fourth year open hitter Nicole Tiamzon, on the other hand, is still on the fence about returning for her final playing year.

The Sports Science major was the best Lady Maroon on the court against Ateneo, scoring 13 points. When the rookies folded beneath the pressure, Tiamzon mustered her best performance.

Still, Tiamzon couldn’t help but talk about the team’s potential, using we instead of them when referring to the team.

With Isa Molde, Justine Dorog, Diana Carlos and the rest of UP’s young core getting another year of experience and conditioning, UP will definitely be a contender for seasons to come.

Ahomiro hopes she gets to face La Salle again