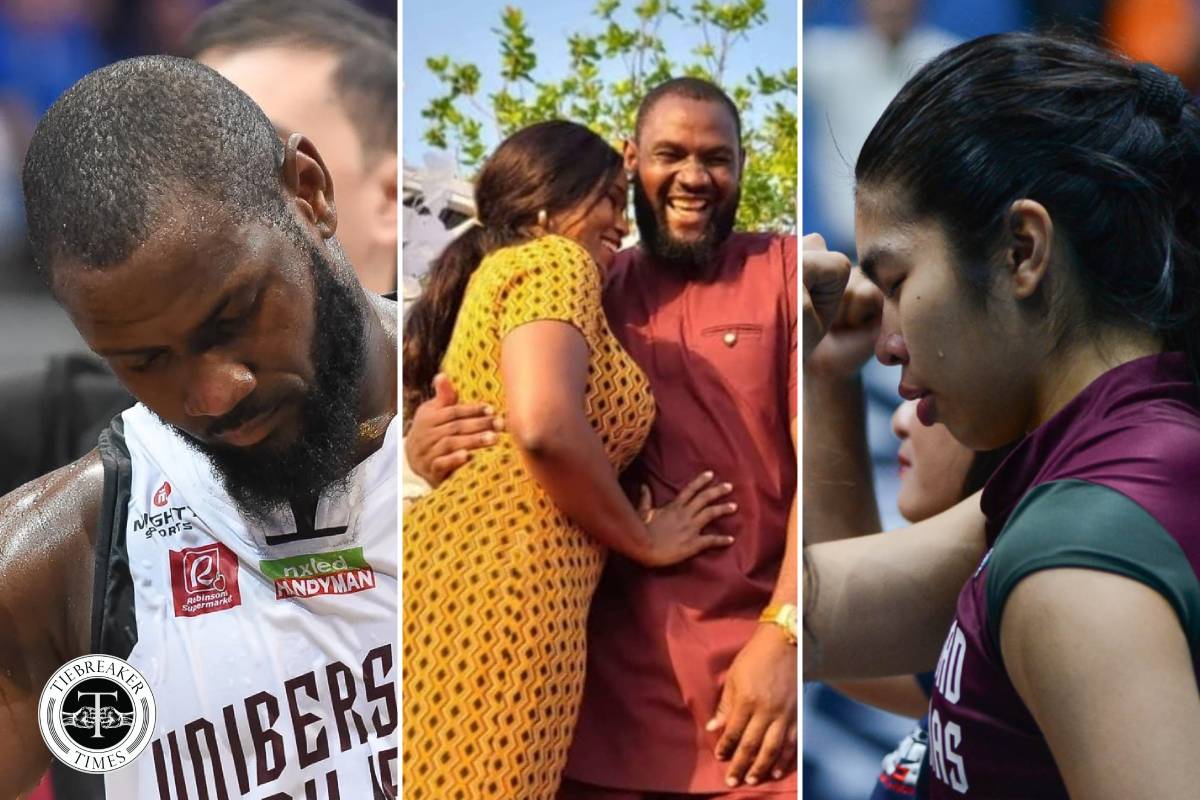 A heartbroken Kathy Bersola went to social media to break her peace regarding the relationship she had with fellow Fighting Maroon Bright Akhuetie.

Though Bersola and Akhuetie just called themselves ‘best friends’ when pressed about their relationship, it was apparently more than that.

“He’s been lying to me since the very start. The first thing I asked him when he started talking to me around May of 2019 was if single siya. He said yes and that he broke up with his ex months ago pa because she was crazy,” read Bersola’s post.

Bersola was with PVL team Banko Perlas at that time, while Akhuetie was on University of the Philippines’ men’s basketball team.

“I found out they were still together until December of 2019, when the girl found out about me and broke up with him. I was clueless.”

The two remained together until August of 2019, when Akhuetie broke up with her, allegedly saying that “he has a lot of problems and doesn’t want to drag her into any of it.”

Bersola and Akhuetie, both 24, continued to see each other but the topic never came up, according to the former.

Last November 11, the UAAP Season 81 Most Valuable Player booked a ticket back home to Nigeria. The two-time PVL Best Middle Blocker brought him to the airport.

“I wanted to talk to him before the airport but he was rushing and bumabagyo nun, so I decided to message him afterward. So I told him over a message that I found things out and confirmed them, and if things still weren’t clear because he never wanted to talk about everything, I’d make it clear,” narrated Bersola.

One of the allegations that Bersola raised was that Akhuetie had an “official” girlfriend back home.

#ReadMore  2020 was the year of the Overseas Filipino Athlete

“While all this was going on, he was just continuously using and manipulating me. I kept trying to talk to him but he never wanted to. He’d always ask me to help him with school,” shared Bersola, who is also a med student in UP Manila.

Bersola’s worst fears came true when she saw a post of Akhuetie’s engagement to Anthonia Ogunleye.

For Bersola, she needed to share her story so that no one would be “victimized” anymore.

“I’ve been dealing with all this since August and it’s all just been really heavy. I’m done with it.”