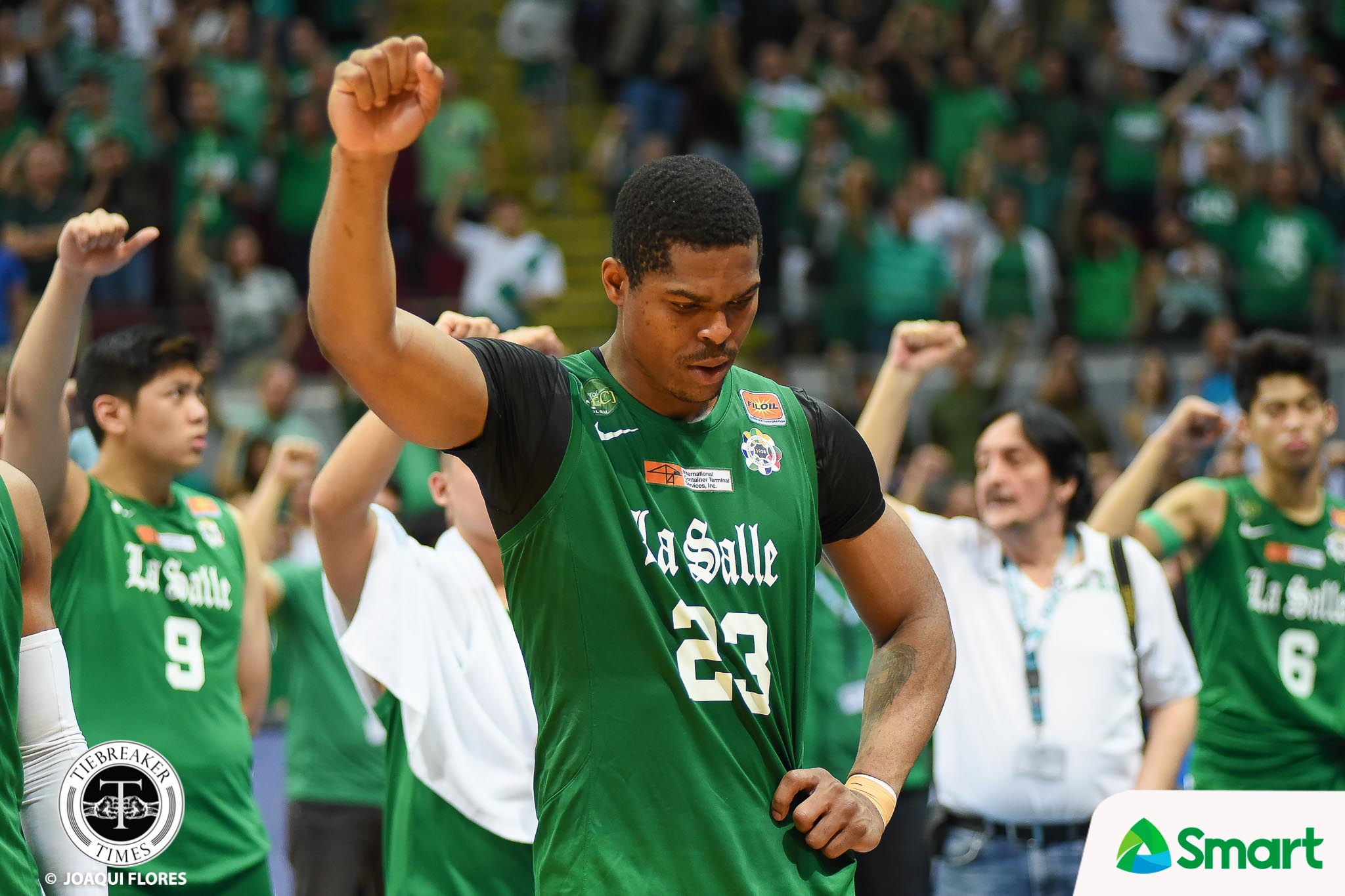 After has was involved in a bloody incident against Matt Nieto on Saturday evening, reigning Most Valuable Player Ben Mbala was on the receiving end of plenty of cursing. And he is alleging that it was Matt’s father Jet Nieto who had thrown expletives at him.

With 36.6 seconds left in the second quarter, Mbala drove hard to the basket but by the time he had completed his spin move, his right elbow had accidentally hit defender Matt Nieto, who was trying to double team him. Nieto fell to the floor with his face down. After a few seconds of grimacing in pain, he rolled over and showed that he was bleeding.

Despite the unfortunate sequence for the Ateneo point guard, Nieto was the one called for a blocking foul much to the dismay and annoyance of the Ateneo crowd. But the 6-foot-8 Cameroonian agrees with the call, saying that the 6-foot-1 guard was late to rotate.

“It’s part of basketball. I had the ball. I spun, it was late on the rotation the double that’s why he got hit. I didn’t intent to hit him or hurt him,” the Cameroonian national team standout recalled.

The 22-year-old was quick to add that he saw the twins’ father pointing at him and throwing expletives.

“He was threatening me and pointing at me telling me I am dead. I don’t know why [Matt’s] dad is cursing at me and threatening me,” alleged Mbala. “That is not something you should be doing, he’s been to all the sport for quite some time and we all know things like that happen all the time and I did not intend to hurt his son.

“I just spinned [sic] there and his son was late.”

But Mbala simply shrugged it off, saying that Jet Nieto had probably been caught up in the heat of the moment.

“I don’t wanna mind that. I’ll just say he was probably in the emotion of the game and seeing his son on the floor, bloody. But it is part of the game, I usually just let it go and focus on Game Two,” he added.

Eventually, the point guard was brought to the dugout to clean the cut as Mbala split the ensuing free throws.

Come the second half, Nieto was able to return to the game to lead his team past the defending champions, 76-70, to draw first blood in the best-of-three series. Mbala, on the other hand, was limited to his career low of eight points.

If true, the father of the Nietos sent a clear message to the Cameroonian student-athlete, that he did not like what Mbala had done to his son. Claiming it was unintentional, Mbala has this to say to the passionate father:

“That is not something you should be doing during a finals game especially you are a father of two players on the court, you shouldn’t be doing that.”