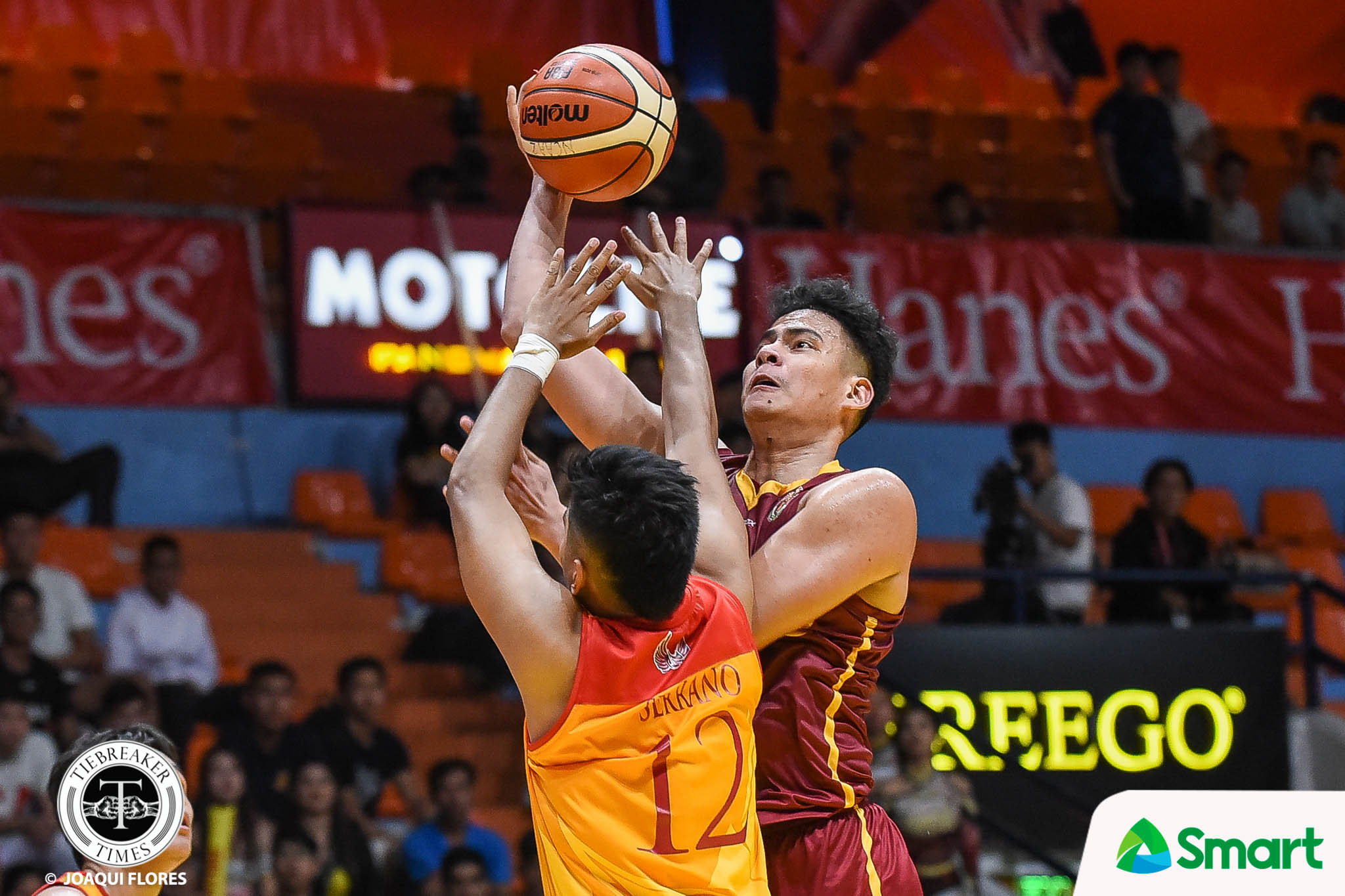 It’s been two years since Ben Adamos played in an NCAA-sanctioned contest.

The 6-foot-6 big man out of Legazpi City, Bicol sat out the past year as he transferred from San Beda to Perpetual Help.

And in his first game back, Adamos felt rusty during the first 10 minutes of the contest.

But when Adamos got his footing, he was a force for Perpetual. He tallied eight points, 10 rebounds, and two blocks in 34 minutes of game time to help Perpetual to an 80-78 win over Mapua.

And yes, those 34 minutes were the most he has played in three years.

Those numbers though are far from the 17.9 points, 16.3 rebounds, and 3.3 blocks Eze posted in his final year, Frankie Lim knew from the start that it will be tough for anyone to at least product half of those numbers every game.

“Well, si Prince is giving us 20-20. Hindi ko naman inii-small yung performance niya today but in order to get yung 20-20 na yun, it should be a team effort,” Lim said.

Though not pressured to produce like Eze, Adamos is out to prove one thing — that he deserves to start for any team.