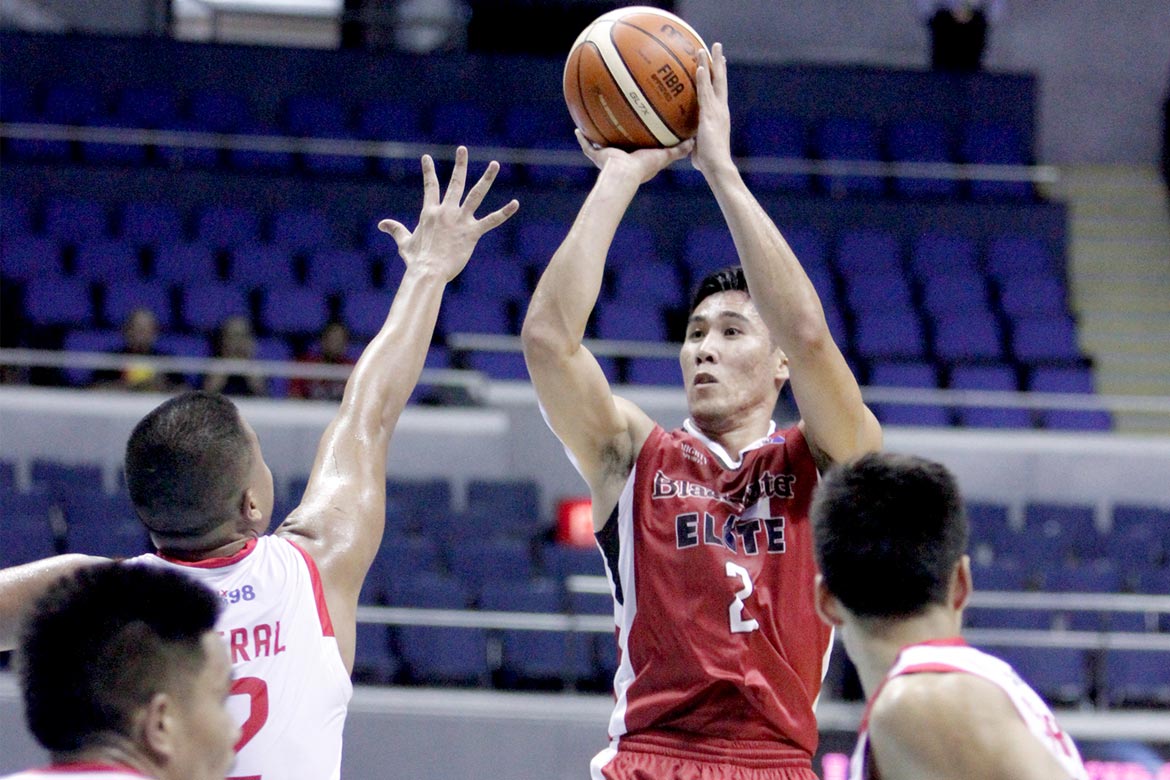 Behind a near double-double for the top overall pick in the 2016 PBA draft, Mac Belo played a stellar outing in his pro debut to lead his Blackwater Elites to a 94-87 win against the Phoenix Fuel Masters, Wednesday evening at the Smart Araneta Coliseum.

In addition, this is Blackwater’s first time to win in the opening game of a conference.

Mac Belo led the way with 17 points on 7-of-9 shooting from the floor and nine rebounds in nearly 33 minutes of action in his first PBA game. Sophomore Art Dela Cruz aided the rookie with a full line of 12 points, 10 rebounds, four assists, and a block.

Blackwater started the game on fire, as they already established their biggest cushion of the match during the first frame at 14-3. However, Phoenix battled back behind their rebounding and frontline edge to mount a comeback.

The Fuel Masters eventually grabbed the lead momentarily during the second period, but the two young teams went back-and-forth prior to the fourth quarter.

Leading by two heading into the final frame, the Elites used a 13-6 pivotal spurt in the fourth quarter as consecutive jumpers found the mark. A pull up in transition by Denok Miranda put Blackwater on top with six minutes left in the match at 84-75.

On the flipside, Simon Enciso stopped the scoring drought for the Fuel Masters with two triples that kept his team afloat. The defense of Phoenix halted Blackwater to four minutes without a basket, but the rookie Belo provided a key right wing jumper to make it a multiple-possession lead to ice the game.

The soft-spoken FEU standout added about his thankfulness for the whole team in believing in what he can bring to the table and hopes to improve as the season goes on.

Blackwater ended up shooting 50 percent from the floor and took care of the ball better with less turnovers at 23-17. Phoenix won the rebounding battle at 46-39.

Enciso topped the Fuel Masters with 25 points and seven triples. Gelo Alolino also played a decent rookie debut with 11 markers off the bench for Phoenix.

Blackwater (1-0) looks to continue on this good start against the Meralco Bolts on Nov. 27, 4:30pm at the Smart Araneta Coliseum. Meanwhile, Phoenix (0-1) aims to get their first victory versus the defending champs San Miguel Beerme (1-0) at Ynares Center, Antipolo on Nov. 30.

Clutch Teng lifts La Salle back to the Finals