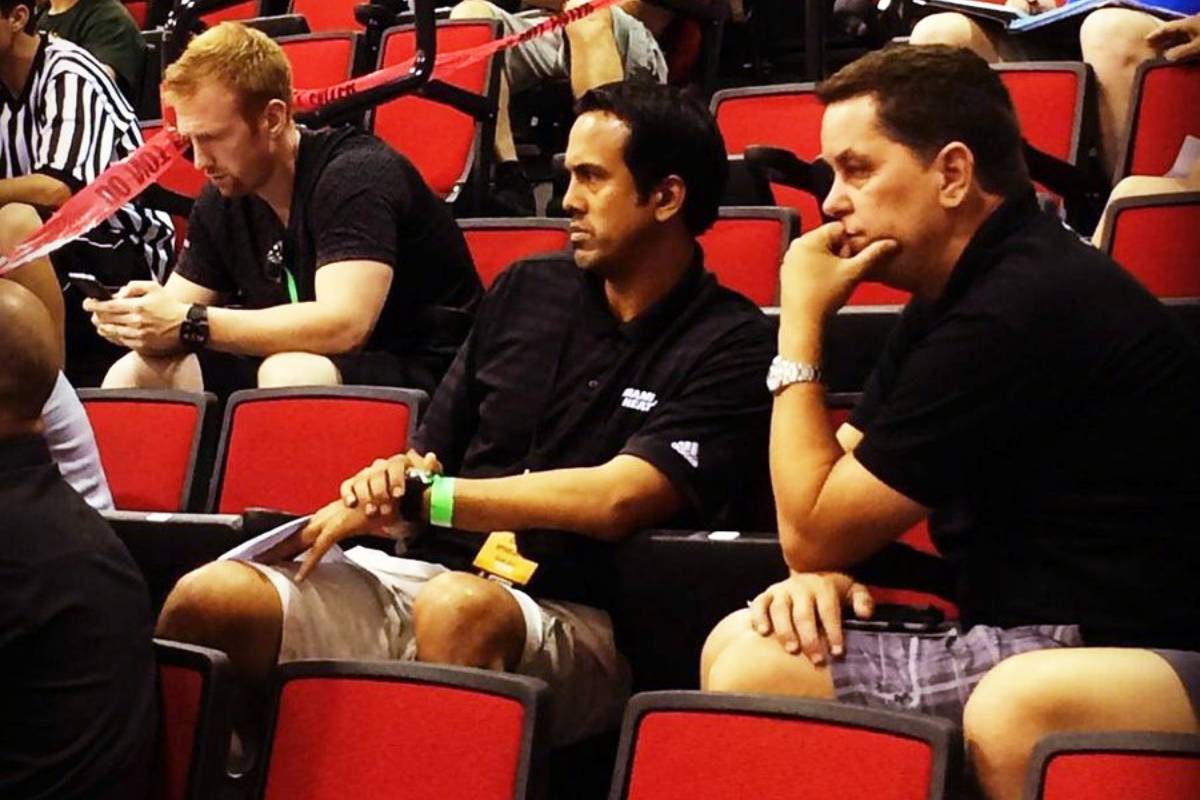 It was a gig years in the making.

Tim Cone revealed that his much-talked-about stint as part of the Miami Heat’s coaching staff for the 2022 NBA Summer League was supposed to take place earlier had it not been for the coronavirus (COVID-19) pandemic.

“I was actually supposed to do this two years ago, 2020. But the Summer League was cancelled because of the pandemic,” the Ginebra mentor said after the Barangay’s 83-75 win over NLEX in the PBA Philippine Cup, Wednesday.

Cone said that it all began when Heat head coach Erik Spoelstra learned about Jimmy Alapag, who in 2019 accepted the invitation of the Sacramento Kings to be part of its staff for the meet held annually in Las Vegas.

“He says, ‘Okay, we’ll try to work it out next year.’ That was the year before the pandemic. So that’s how it started,” he said. “So really, I have to give Jimmy the credit for giving me this opportunity. He put it in the mind of Spo.”

The plan was revisited in 2021 but Cone was busy with Ginebra then with the PBA season ongoing — the Summer League was held in August of that year, a time when the league was paused due to strict lockdown measures.

“There was talk about me doing it last year, 2021. But we were in the playoffs, just entering the playoffs at that time. I think Summer League was like late August, or something like that; because of the pandemic, they moved it back.”

Now, the timing seemed right, and Cone is headed to the United States soon — he’s flying out on June 28 — to join the staff headed by NBA veteran turned coach Malik Allen for the Las Vegas Summer League set on July 7-17.

The 64-year-old is grateful to have the blessing of the San Miguel bosses, particularly President and CEO Ramon S. Ang in this endeavor, thanking as well the company’s sports director Alfrancis Chua for his support.

“The most important thing is I got the blessing of Boss RSA, he gave me the blessing, and Coach Al fought for me to do it. So I owe everything to them, for allowing me to do this. And the players have been very accepting,” he said.

Cone feels glad to be checking this off his bucket list as he has always wondered what it’s like being inside the locker rooms of the Association’s organizations, having only watched such things from afar.

“For the first time, I might get a small preview of what goes on in that locker room. And that, to me, is the most exciting,” he said.

“Their team is gonna come together, and those players do not know the system or the foundation, so the coaching staff is gonna have to build that. So it’s something I’m gonna be able to observe, watching them build that foundation.”

Definitely, whatever he’s going to learn from his upcoming stint could be beneficial for Ginebra, a team that’s been a barometer of success since being handled by the PBA’s winningest coach some six years ago.

“So those are the things that are really exciting for me, from a coaching standpoint. And things that I hope that I can learn from and bring back to Ginebra,” said Cone, an owner of 24 championships. “And I’m sure anything that we bring back to Ginebra, and Ginebra does with any success, they will follow. The other teams will see it, and they’ll analyze it and be able to do it as well. So it’s a dream come true. It’s a bucket list for me.

But it may not just be Ginebra and the other PBA ball clubs that could benefit from his looming Heat stint. Soon, he’ll once again be part of the Gilas Pilipinas program as a member of Chot Reyes’ coaching staff.

“Maybe I can steal some things from Miami and give it to Chot and maybe we’ll surprise a few people,” said the 30th Southeast Asian Games gold medalist.

“I’m really looking forward to helping in any way I can.”