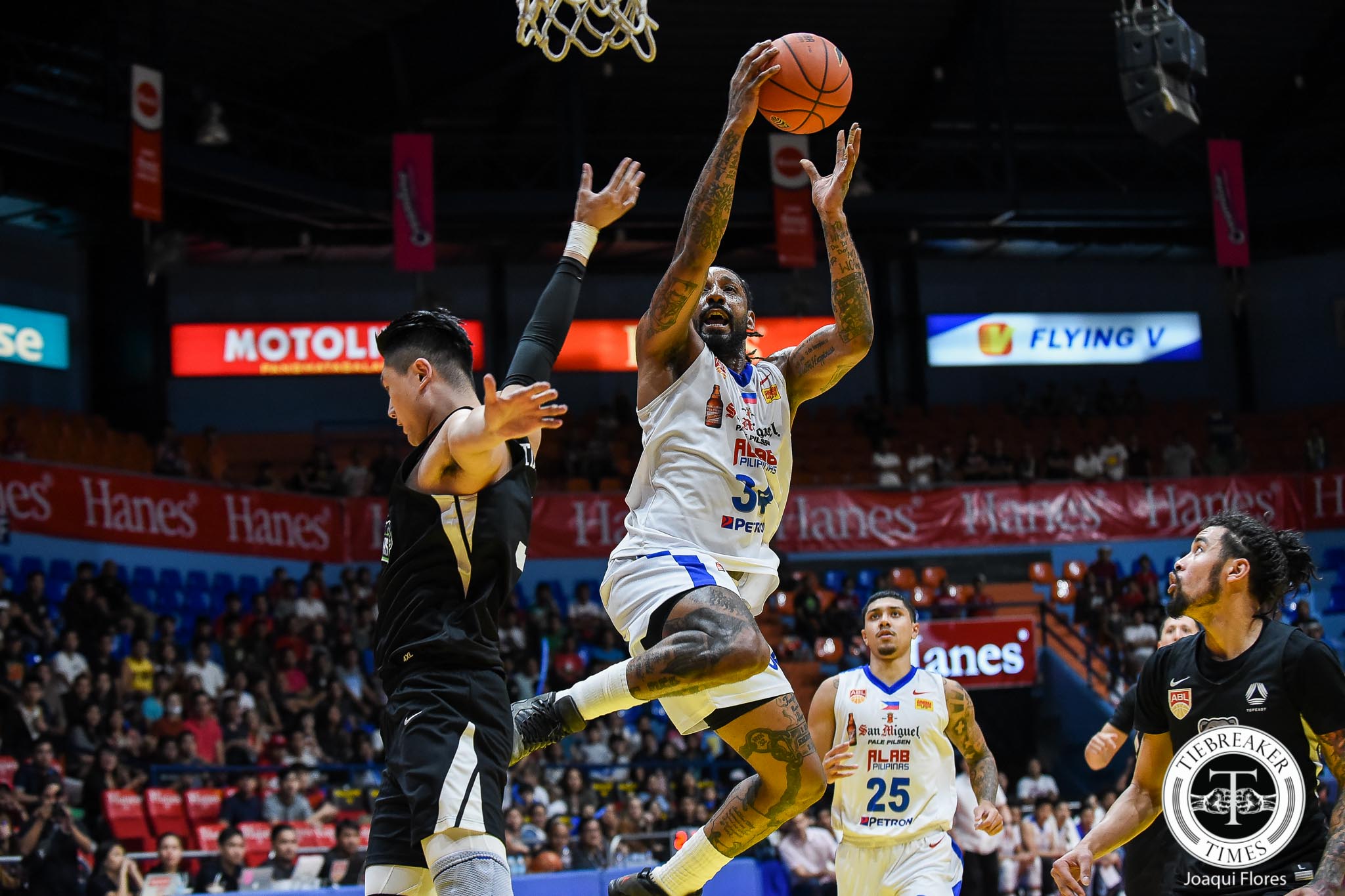 Nine days later, the Filipino-American guard scored 50 markers. But it all went for naught, as the Philippine-side weathered his storm, taking a 101-96 victory, Friday evening at the Filoil Flying V Centre in San Juan City.

Down for much of the first half, Alab was able to rally back in the third canto, going on a 16-4 rally to gain a 78-76 lead entering the final frame. Timely triples by Josh Urbiztondo and Pao Javelona – coupled with big buckets courtesy of Ray Parks and Renaldo Balkman – spearheaded the run.

In the final frame, Alab’s Big Three of Parks, Balkman, and PJ Ramos took over the game, towing Alab to a lead that went to as high as nine points, 95-86 with 3:38 left.

McKinney scored five straight points to finish with 50 points and move into the 1K club of the regional league. However, it would be the last the San Juan crowd would hear from him.

Free throws by Balkman and Ramos then sealed the deal.

Ramos finished with 29 points and 13 rebounds. Meanwhile, Balkman flirted with a triple-double with 26 markers, 11 boards, and eight dimes.

Parks tallied 22 points on 7-of-10 shooting, five rebounds, five assists, a steal, and a block.

Alab have the advantage in this series, 2-1. Moreover, the San Miguel-backed squad is now 13-0 at home, while raising its slate to 18-4 to keep solo first.

The league-leaders did not have Caelan Tiongson and Brandon Rosser for the game.

McKinney shot 17-of-29 from the field, knocking down seven triples. The product of Sacramento State also had nine rebounds and seven assists.

Alab will head to Formosa to face the Dreamers on Sunday.