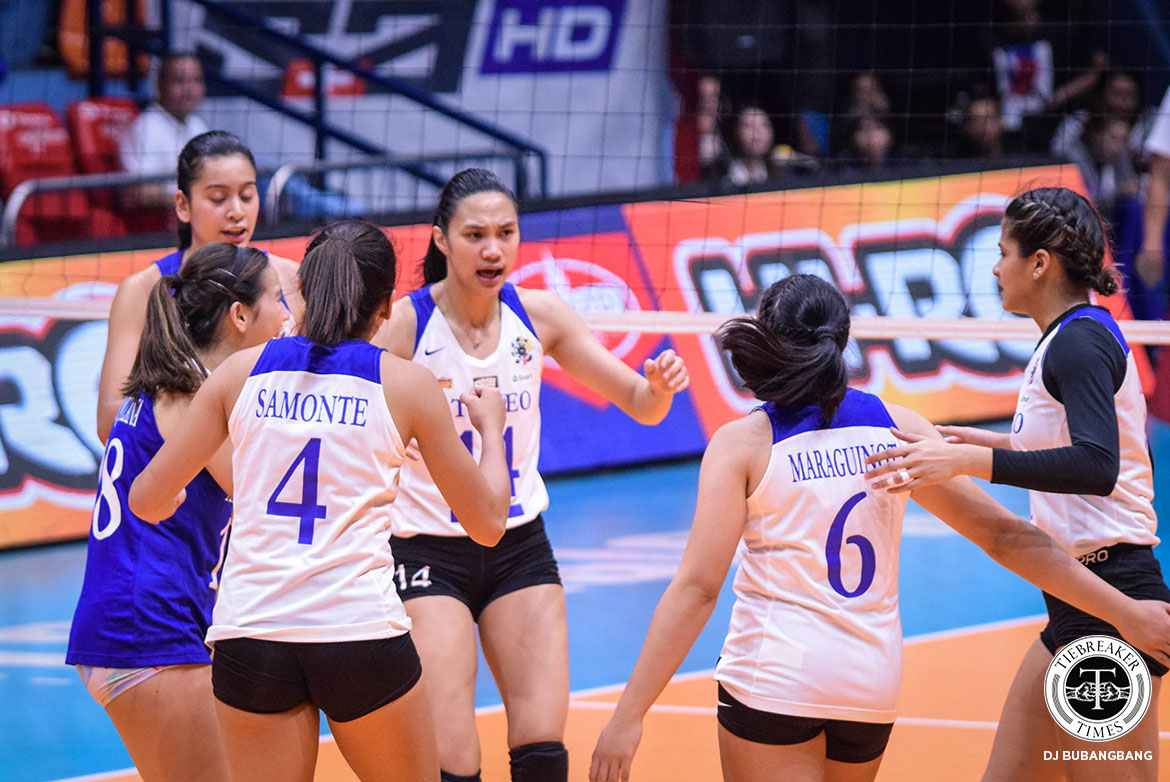 Instead of coming away with another five-set win, the Ateneo de Manila University Lady Eagles could have lost in straight sets to University of Santo Tomas and it would have been on Bea De Leon’s shoulders.

The Lady Eagles lost a 24-22 third set lead after back-to-back tight calls, one of which was a crossing violation called on De Leon. Her frustration boiled over and she just had to confront second referee Mark Santos.

“So, ‘yun ‘yung frustrating part lang with me. And of course, other than that, I just really wanted to win, and for me to get those small calls, nakaka-frustrate siyempre.”

De Leon ended up winning the set for the Lady Eagles with a kill followed by an ace. She finished with 11 points which included six blocks. After the match, De Leon admitted that she had to apologize to the officials for her yellow card-worthy behavior. 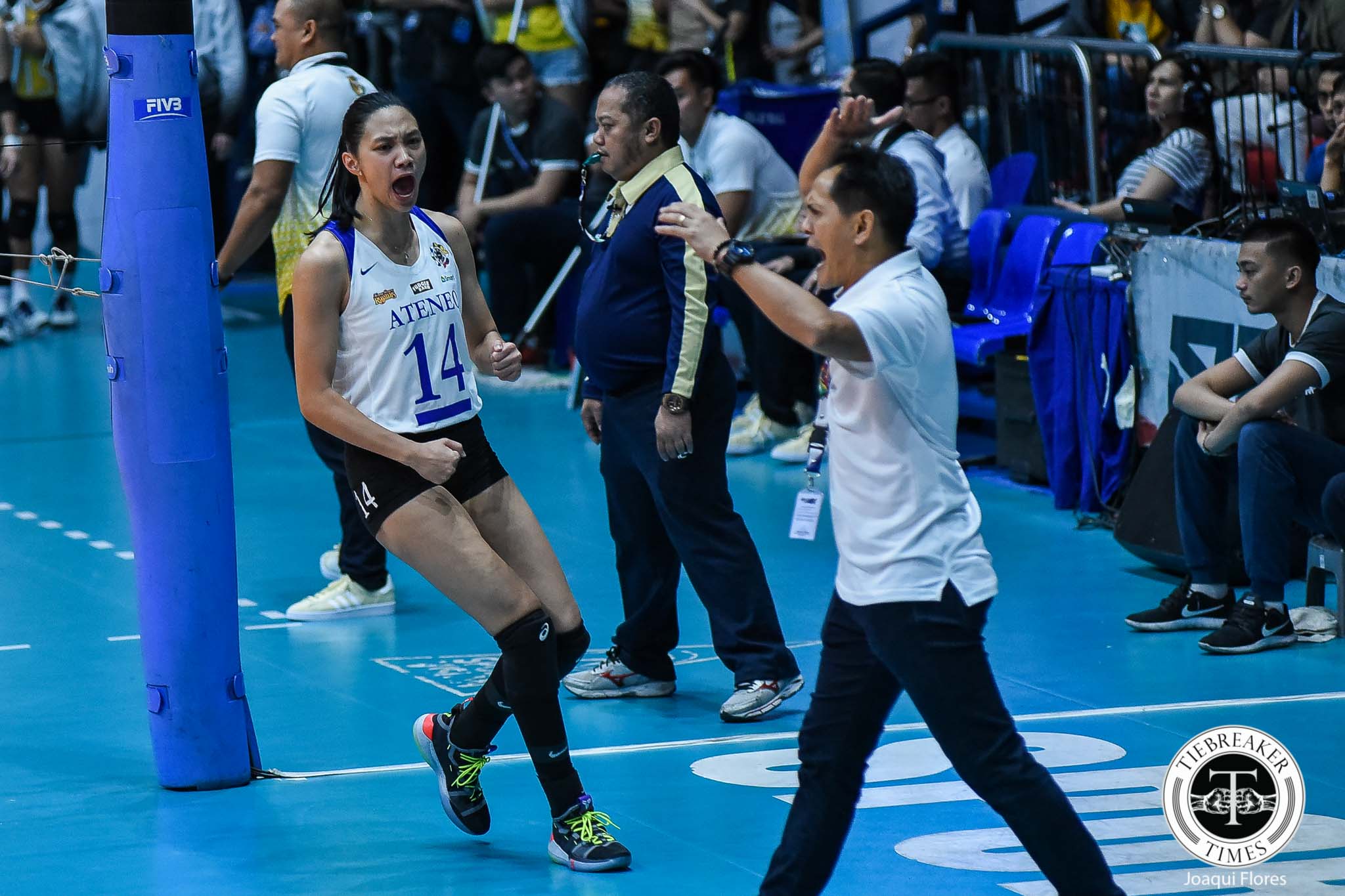 “I hope the refs don’t take it the wrong way.

De Leon also gladly conceded that UST brought out the best in her and the Lady Eagles. The win will surely go towards building their character.

“I tell myself na ayaw kong umuwi ng talo, or ayaw kong umuwi ng hindi lumalaban. So ‘yun ang nagiging motivation ko for myself. What I tell my teammates, I tell them to go back to the basics, to be brave all the time. Ayokong pumayag lang na bumaba kami ng walang laban. And if the fight comes, I know one by one we’ll get it. Kasi ganoon ang tiwala ko sa teammates ko na kayang-kaya naman namin eh,” the 5-foot-11 blocker said.

“Sometimes lang pinapasok ng doubt, pinapasok ng eagerness, ng impatience. So we just really remind each other to be patient, and at the end of the day, teamwork talaga. We go back to basics and really be patient with ourselves.”