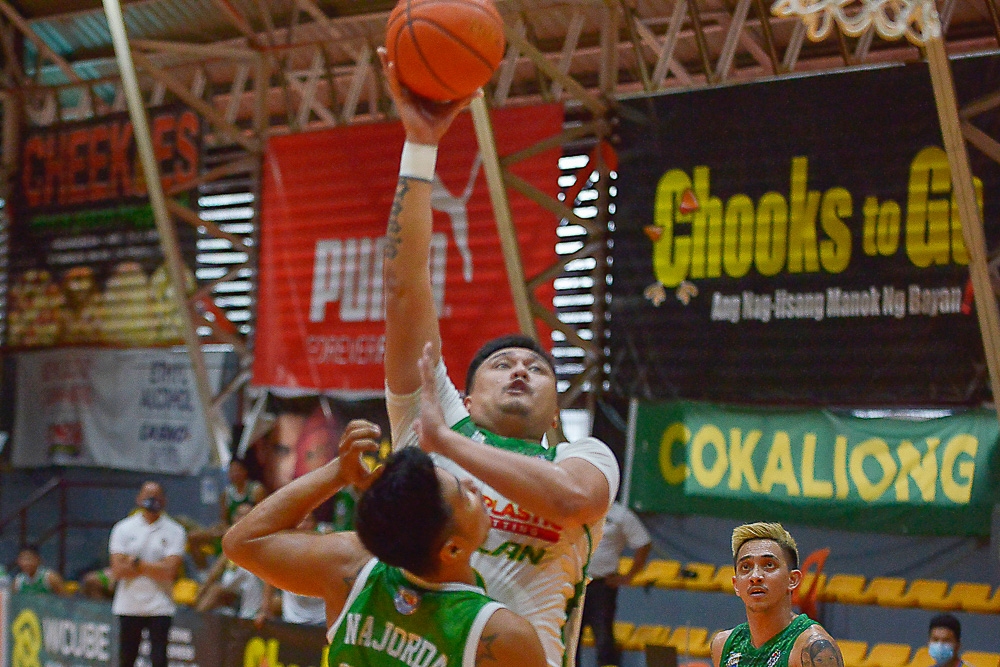 This as the Peace Riders downed Petra Cement-Roxas, 85-64, to complete the elimination round sweep at the Pagadian City Gymnasium here.

In the resumption of the cancelled game between the two squads last July 13 due to unplayable court, Basilan had a slow start.

The game started in the third quarter with the Vanguards up by one, 40-39.

With Roxas ahead by two, Chris Bitoon, Hesed Gabo, and Shaq Taganas connived to close the third period with nine unanswered points to get some leeway for the Peace Riders heading into the fourth quarter, 63-56.

And it was all Basilan from there.

The Peace Riders opened the payoff period with another 12-4 rally, capped by Bitoon’s drive, to build a commanding 15-point lead with just 4:58 left.

Basilan would outscore Roxas in the fourth frame, 22-8, to go straight to the Mindanao best-of-three finals.

Balanced was the offense by the Peace Riders with five players in double figures led by Jay Collado’s 13 points and seven rebounds.

Despite Roxas having a 51-43 advantage in the rebounding department, Basilan still dominated the shaded area, 46-28.

Leo Najorda was the Vanguards’ lone bright spot with 19 points, going 5-of-9 from behind the arc.

JK Casiño, Jhong Bondoc, Francis Camacho, and Lester Reyes all did not play for Roxas due to minor injuries, according to head coach Eddie Laure.

The loss was the Vanguards’ first in six games, falling to fourth seed, with identical records with Pagadian at 5-3. However, the Explorers got the tiebreaker as they won over the Vanguards last July 8, 82-80.

Roxas will still be armed with a twice-to-beat advantage come the quarterfinals.