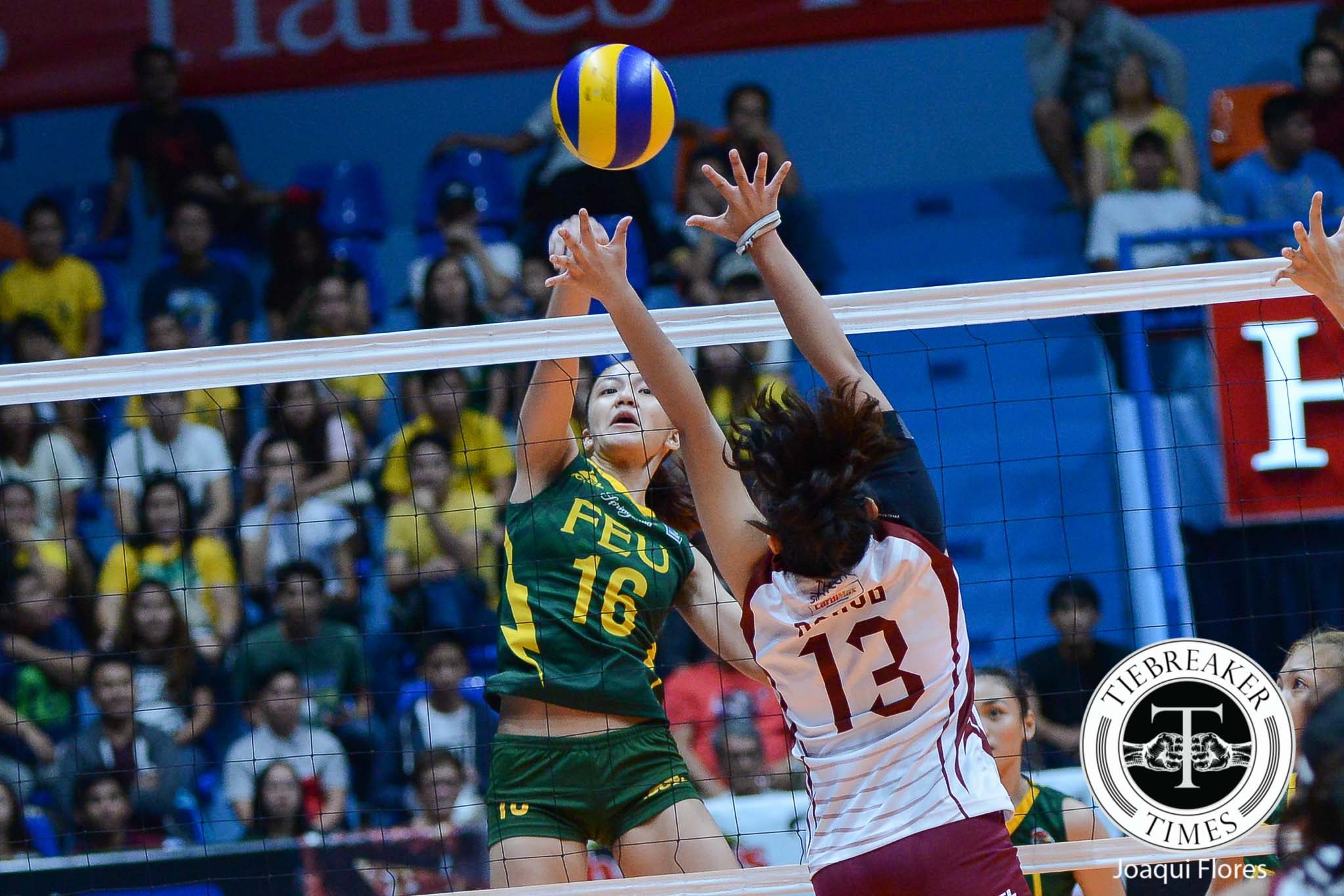 The Far Eastern University Lady Tamaraws showed more hunger when they took down the University of the Philippines Lady Maroons in five sets, 27-25, 25-22, 18-25, 23-25, 15-8, and swept Group B of the 2016 Shakey’s V-League Collegiate Conference, Saturday at the FilOil Flying V Centre.

Third-year Chin Basas carried the cudgels for FEU with 24 points. Basas scored four of these attacks in the deciding set to pull them to victory.

It hadn’t been the dream start for the Lady Tamaraws, as first-ball problems put them at a 10-19 deficit.

The Tamaraws, however, leaned on their service and floor defense to turn the first set around. Bernadeth Pons and Basas ended the set scoring seven of the last nine points of FEU.

The Morayta spikers kept it close in the second set and slowly pulled away in the closing moments. Errors from the Maroons gave away the frame and the 2-0 set lead to the Lady Tamaraws.

Nevertheless, UP showed resilience and tied the match at 2 sets apiece. Sophomores Isa Molde, Diane Carlos, and Justine Dorog poured in most of their combined 54 points in the third and fourth frames.

In the fifth set, it was FEU who took the initiative. The Tamaraws slowly crawled to the lead and never looked back, as they tightened up their defense. A miscue on the Maroons’ reception made it an easy kill block for FEU captain Remy Palma.

Jerrili Malabanan helped FEU with 11 points, while Pons plucked 10 off the bench. Aside from her batchmates, UP setter Mae Basarte pulled off 50 excellent sets.

Both teams will enter the quarterfinals scheduled for next week.