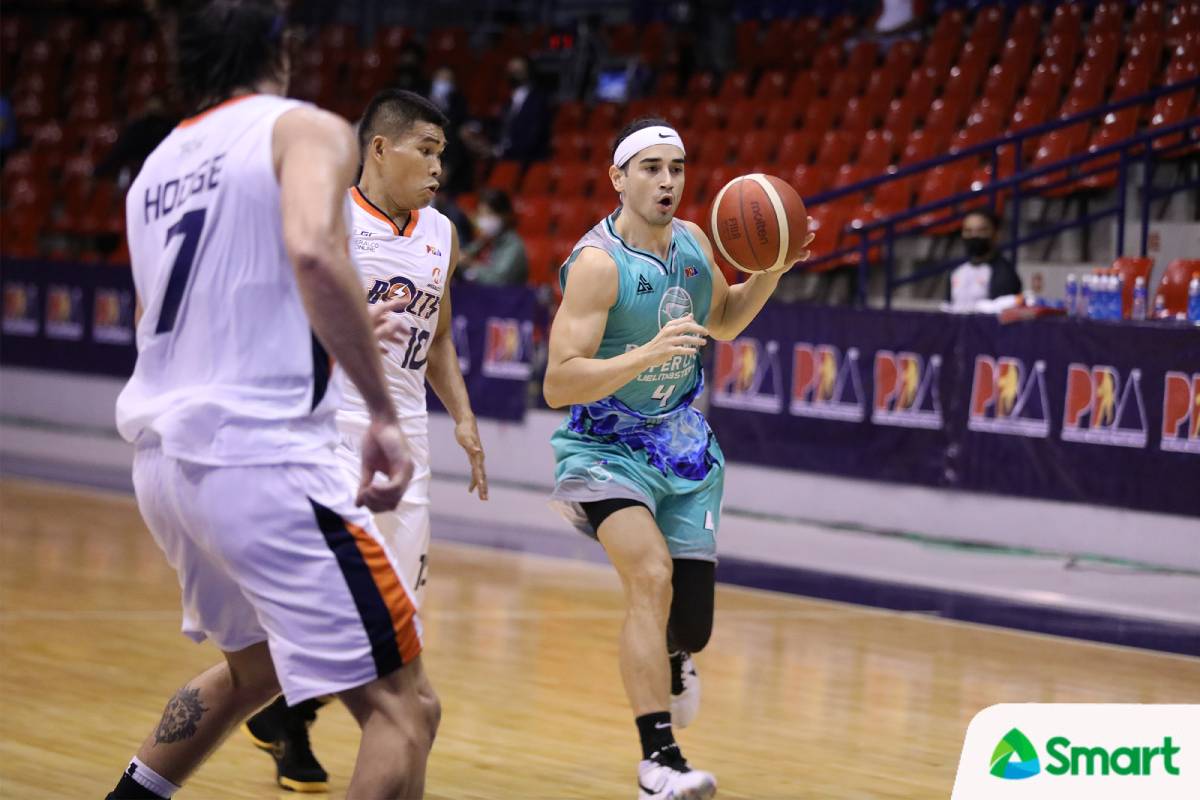 Chris Banchero finally made his debut for Phoenix Super LPG in their 2021 PBA Philippine Cup clash versus Meralco, Wednesday evening.

Unfortunately, it wasn’t the kind of welcome he expected.

The Fuel Masters suffered an 80-91 beatdown, their third loss in four games as they failed to sustain momentum from Saturday’s conquest of Alaska.

It was Banchero’s first game for his new team, who acquired him from a huge offseason trade with Magnolia in exchange for Calvin Abueva and draft picks.

It was also his first game back since last season, or since the Hotshots’ ouster in the hands of Phoenix in the Philippine Cup quarterfinals in Clark.

He was expected to see action in their season debut last July 17 coincidentally against his former ball club, but sat out due to a reported calf injury.

And in his return, the Banchero of old, understandably, has yet to be seen.

“He is still adjusting since he’s been out for a while now,” Phoenix head coach Topex Robinson wrote in a text message to Tiebreaker Times.

In the 28 minutes he was fielded in, the 32-year-old only scored one point, alongside three assists and a rebound against three turnovers.

“But he looked better now.”