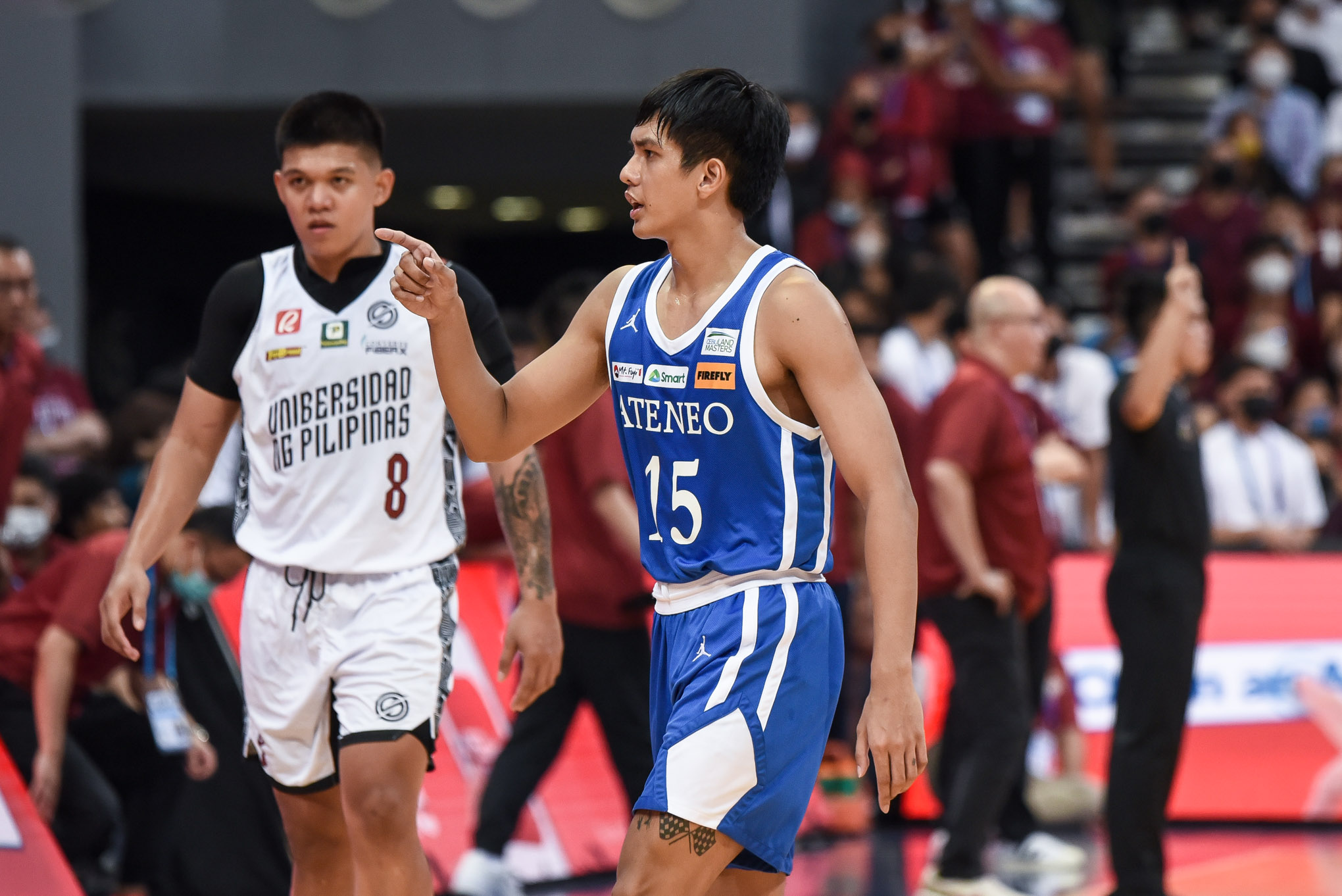 Forthsky Padrigao was the big shot-maker for Ateneo on Sunday evening.

But the Blue Eagles still faltered against University of the Philippines in overtime of their UAAP Season 85 men’s basketball tournament first-round encounter, 71-76, at the SM Mall of Asia Arena.

The 6-foot sharpshooter drained the game-tying overtime-sending triple with 36.7 seconds left in the fourth frame. That capped seven unanswered Ateneo points, 64-all.

With one last chance to win the game in regulation, Padrigao was also the one to take the three-pointer.

Padrigao also took another trey in extra period, which pulled the Blue Eagles within two with 23.4 ticks to go, 71-73. 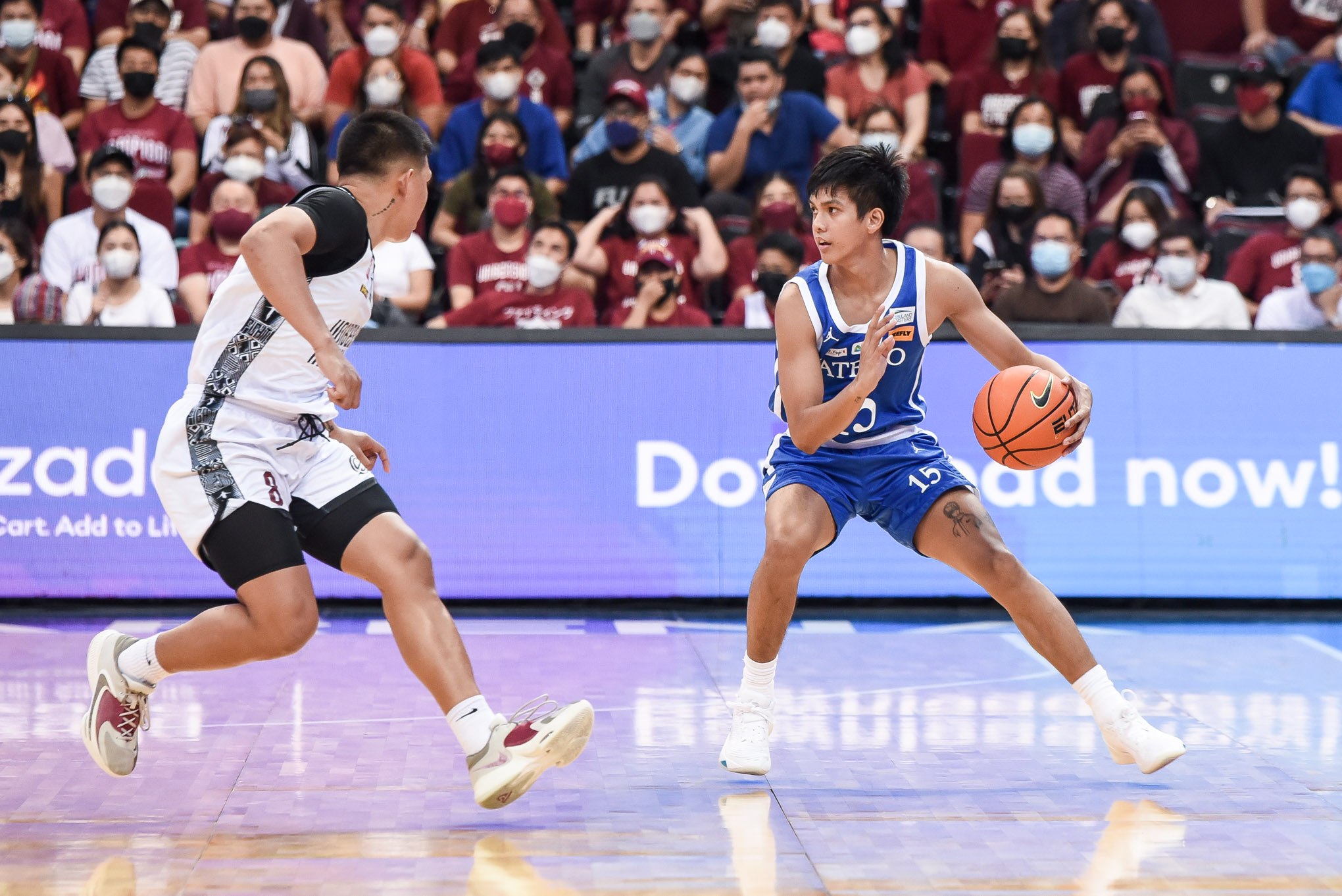 “What is there to say? The kid’s gutsy,” said Ateneo head coach Tab Baldwin on Padrigaom, who made 14 points, four rebounds, and four assists against five turnovers.

The former Gilas Pilipinas coach pointed out that despite Padrigao’s no-nonsense crucial shots, he still has a lot to do to improve his play.

Baldwin’s team have a reputation of playing in a no-superstar system that always sees different players stepping up. And because of this, he wants Padrigao to have better decision-making in the future. 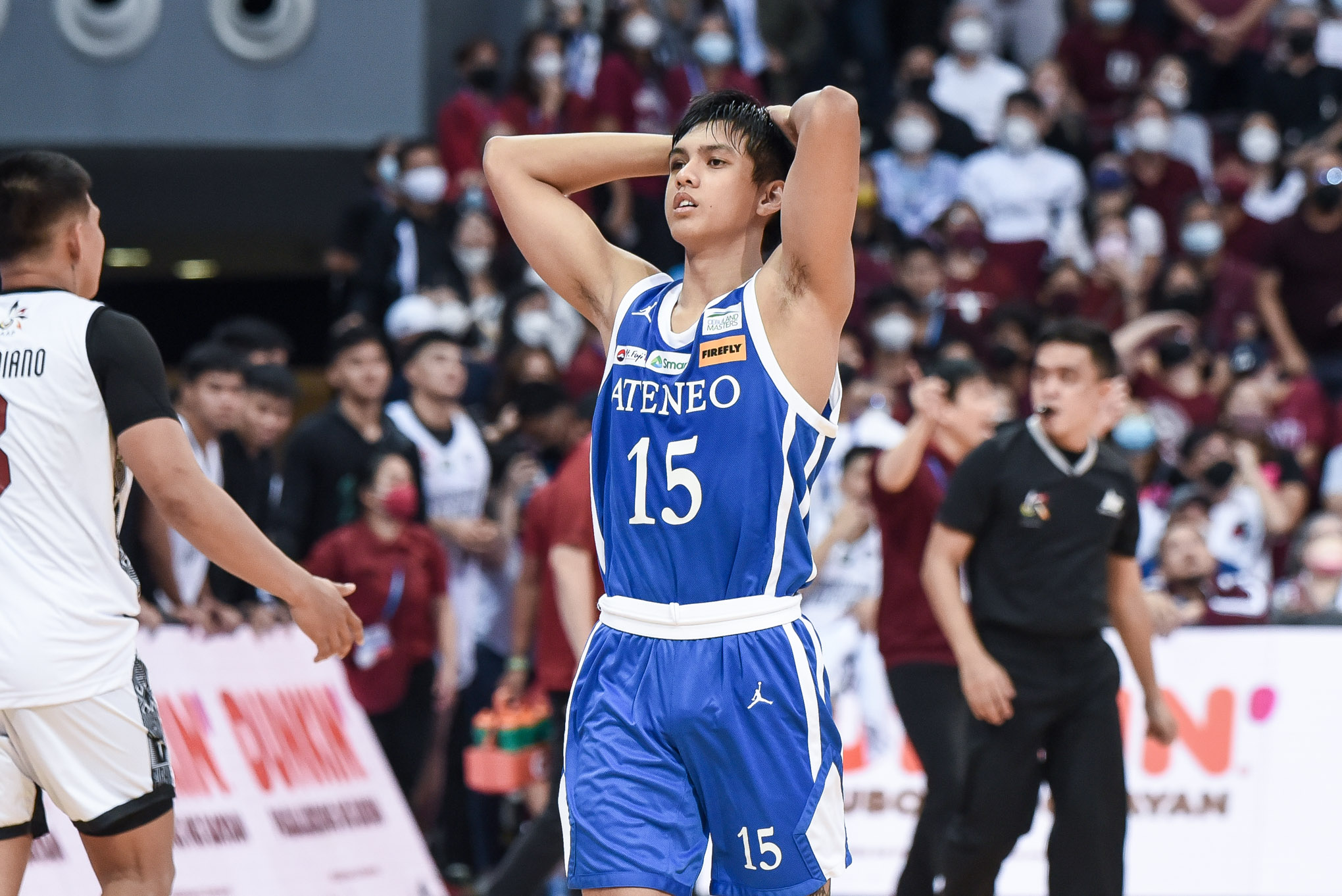 “I try to press upon the players that being very good players at the UAAP level doesn’t make you Kobe Bryant. Kobe Bryant or Michael Jordan or those guys who [you] just put the ball on their hands and get out of the way, and your percentage is still pretty good,” said Baldwin.

“With our guys, we have really good players at the UAAP level, but they’re not that. And so we still need to depend on one another, execute, and have the discipline to find the open man.”

This is especially because Ateneo has a handful of players that can take the shots that matter in the endgame with Dave Ildefonso and BJ Andrade among them.

But with Padrigao just in his second year for the blue and white, Baldwin hopes for the best. After all, he has all the time to make those improvements and be the “best version of Forthsky”.

“There’s a lot of improvement for Forthsky to be the best version of himself. And if he gets close to that, we’re not gonna be talking about any comparisons because he’s potentially an outstanding point guard.”