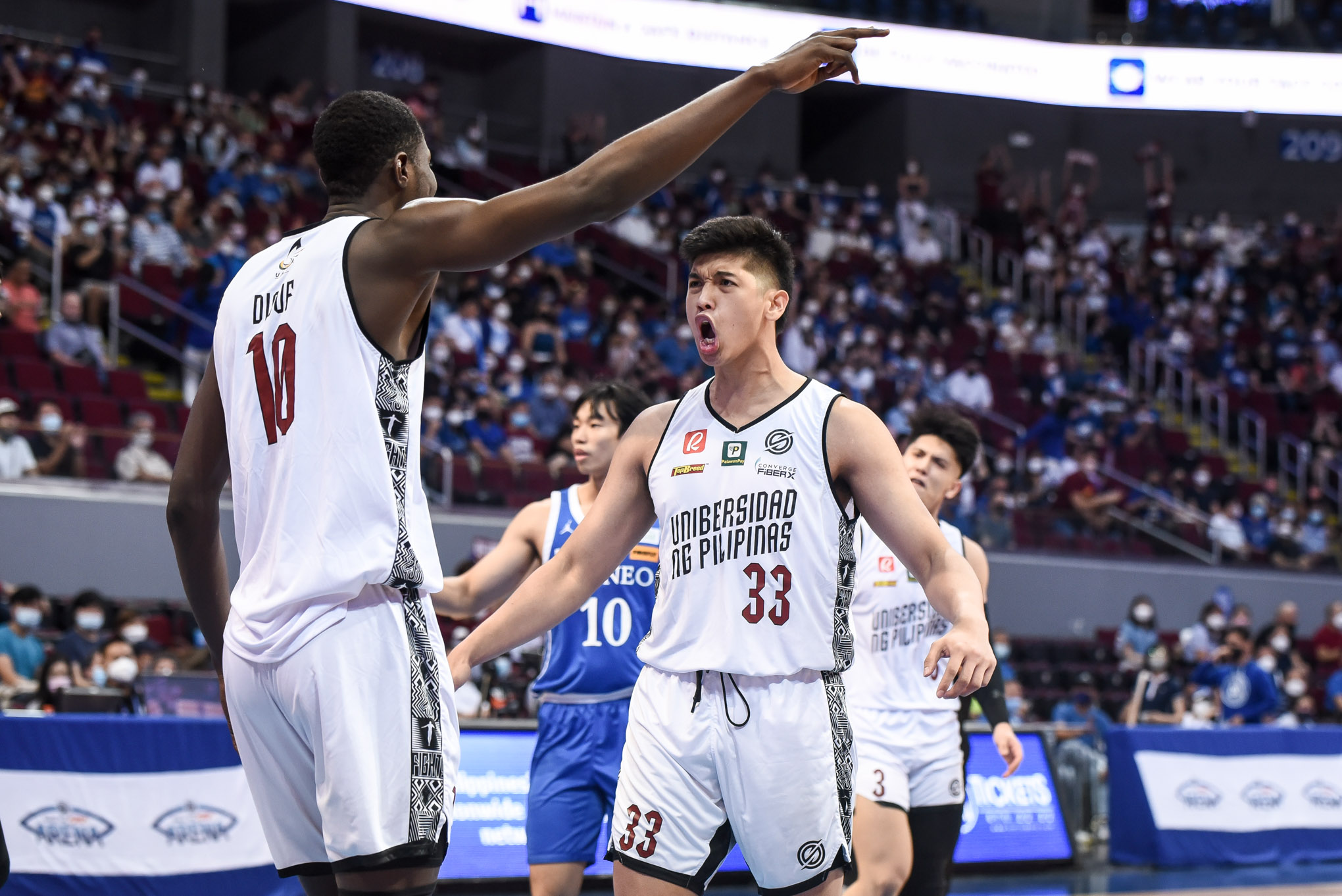 University of the Philippines asserted its dominance over Ateneo de Manila University in overtime, 76-71, in the UAAP Season 85 men’s basketball tournament, Sunday at the SM Mall of Asia Arena.

Already ahead by three, Fighting Maroons Malick Diouf and Terrence Fortea trooped to the line. However, they split their four charities to go up by five, 73-68, with 32.1 seconds left in OT.

Then Forthsky Padrigao trickled in a trey to pull the Blue Eagles within two, 71-73, with 23.4 ticks to go. But Carl Tamayo stepped the line, splitting his free throws to give the UP lead at one possession, 74-71.

In the ensuing play, Kai Ballungay took the triple attempt for Ateneo. Then a loose ball tussle followed that saw Ange Kouame touching the ball last.

Diouf iced the game from the line.

“I believe that we played better as a team. We moved the ball well, we really tried to work on especially ‘yung offense namin,” said UP coach Goldwin Monteverde, comparing this game to their loss to National University last Wednesday.

The Fighting Maroons held the Blue Eagles field goalless in the first 8:20 of the fourth period. But Padrigao and Dave Ildefonso scored seven unanswered points to knot the game at 64 with 36.7 seconds left.

Tamayo then committed a crucial turnover on the other end to give Ateneo a chance to win. However, Padrigao missed his three-pointer to send the game to extra period.

“The whole team did their best to execute on both ends,” added Monteverde.

Tamayo produced 20 points, 18 in the second half, and 13 rebounds. James Spencer got 14 points and six rebounds.

UP hero JD Cagulangan finally made his season debut, entering the floor at the 4:52 mark of the first frame. He finished with seven points, seven rebounds, five assists, and four steals in 27:44 of play.

The Fighting Maroons rose to joint-first with National University at 4-1, while pulling the Blue Eagles down to 3-2. Ateneo is level with De La Salle University and University of the East for a three-way logjam at third.

Ildefonso contributed 22 points and 12 rebounds in the losing cause, while Padrigao chimed in 15 points, four rebounds, and four assists.

Up next for UP are the hot University of the East Red Warriors on Wednesday. Meanwhile, Ateneo aims to bounce back against Adamson University.