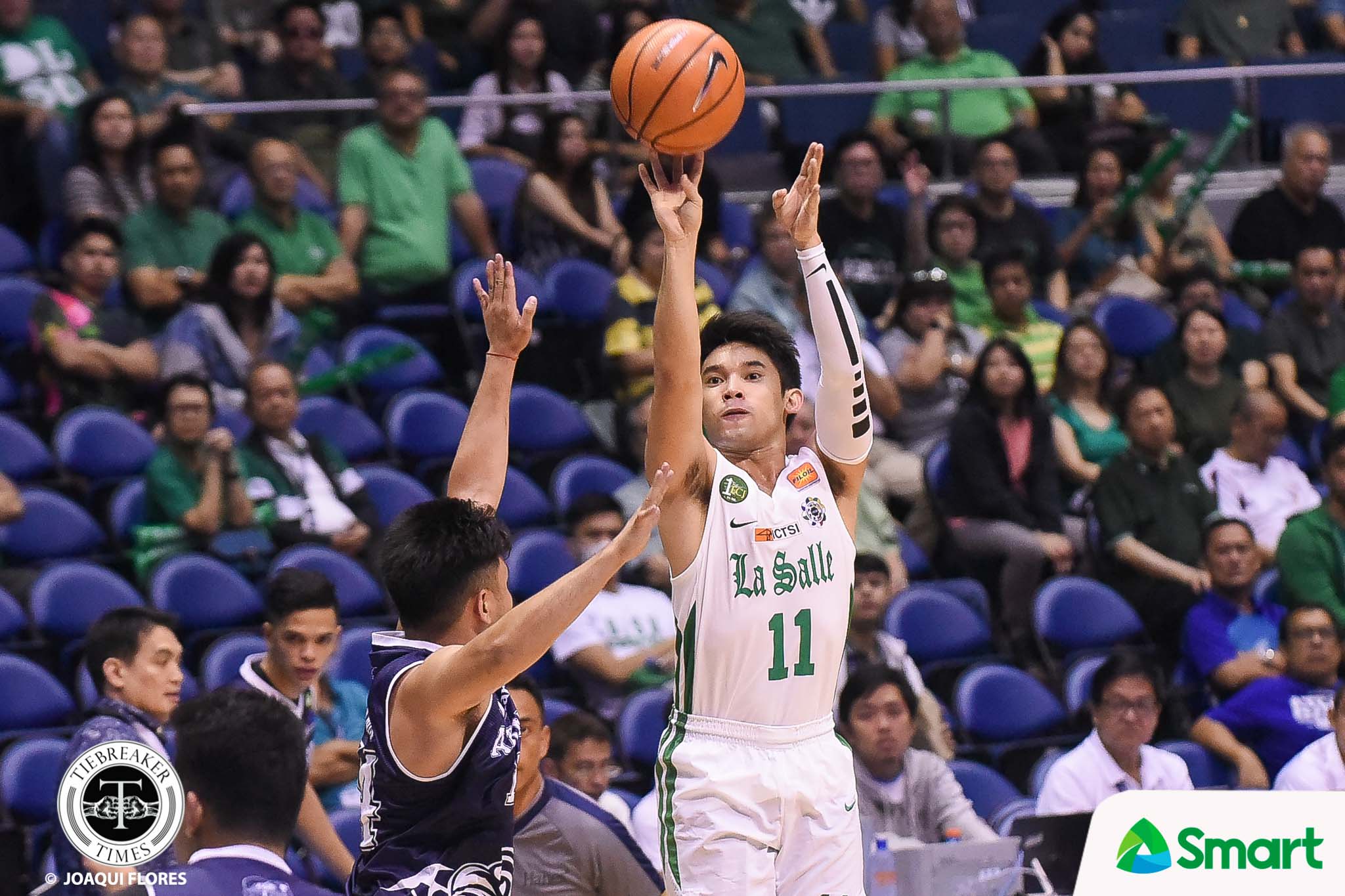 The Soaring Falcons banked on Sean Manganti and Papi Sarr’s double-doubles to overcome the Green Archers, who in turn were led by spitfire guard Aljun Melecio’s 18 points and eight rebounds, Saturday afternoon at the Smart Araneta Coliseum in Quezon City.

The signs were already there for La Salle right from tip-off. The Soaring Falcons limited the Green Archers to just two points in the first quarter – both of which came from Joaqui Manuel’s free throws. While plays were being executed, La Salle simply failed to sink shots.

From their first round loss to the Ateneo Blue Eagles, La Salle played three straight games with only two days rest in between each. But Melecio refused to use the scheduling as a reason for the loss.

The result leaves La Salle in the pack chasing a Final Four place with a 5-4 record. Facing the Far Eastern University Tamaraws next, Melecio knows that he and the rest of the Green Archers are in for another tight battle.

And for the Green Archers to get back on track at the Tamaraws’ expense, La Salle’s top gunner knows what his team needed to do.

Sean Manganti shows La Salle what they missed out on